The other half of the Red Sox double play combination in 1912 was Stephen Douglas Yerkes. Yerkes joined the Red Sox briefly in 1909 but came back to stay in 1911. 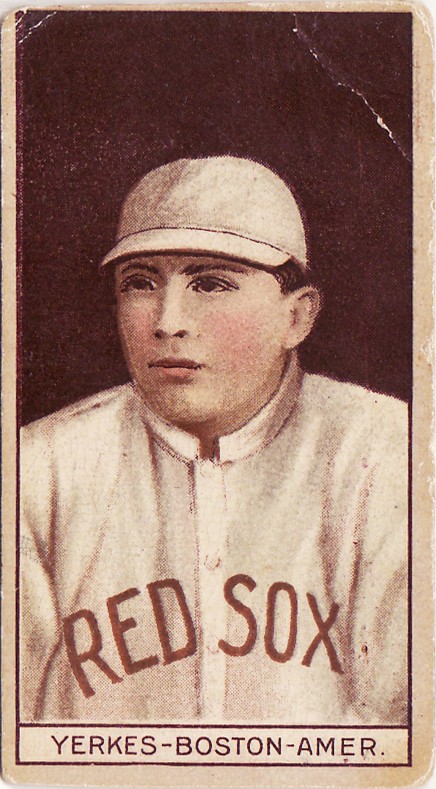 A native of Hatboro Pennsylvania and a graduate of Millville High School in New Jersey, Yerkes played at the University of Pennsylvania before being signed by the Red Sox in 1909. Penn, one of the oldest college baseball programs, in the country, has been playing since 1865. That’s right the last year of the Civil War! 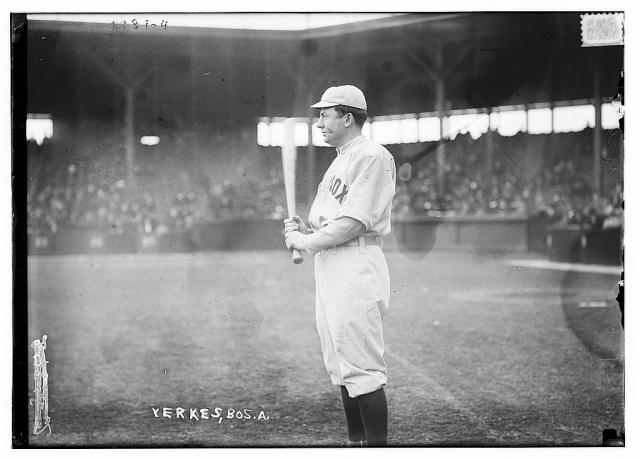 His career was rather nondescript, he played but seven seasons, hit six homers and the most RBI he had in one season was 52. He played for the Red Sox for 92 games in 1914, long enough to see the debut of Babe Ruth, before jumping to the Pittsburgh Rebels of the newly formed Federal League. He played there until the end of ’15’ and joined the Cubs in 1916 for a brief stint before calling it quits. 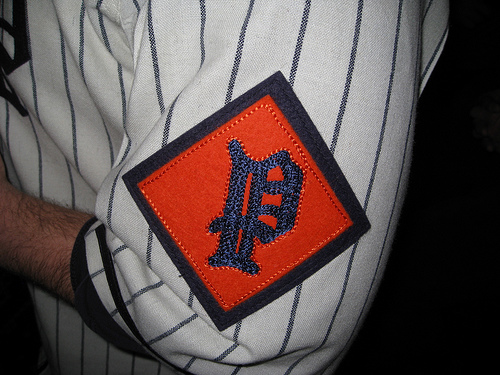 However, nondescript as Yerkes career may have been baseball, as it so often does, placed him in history’s playground and he occupies a special place in Fenway Park and Red Sox lore.

Fenway Park opened her gates for her inaugural game on April 20, 1912. It came after a few days of rainouts leaving the infield a bit, shall we say “squishy”. Remember this was before the days of tarpaulins and turface so the game was played under what could best be described as “muddy” conditions. The following day, Paul Shannon wrote in the Boston Post,

“Yerkes, in spite of three errors, for which the soft spots around the second bag were wholly to blame, made up for his misdeeds with grand work at the bat. In seven times up, he hammered out three singles, a brace (two) of doubles, scored three of the seven runs and helped to drive in two more himself.”

The offensive force behind a 7-6 eleven inning win was a great debut for Yerkes and Fenway. 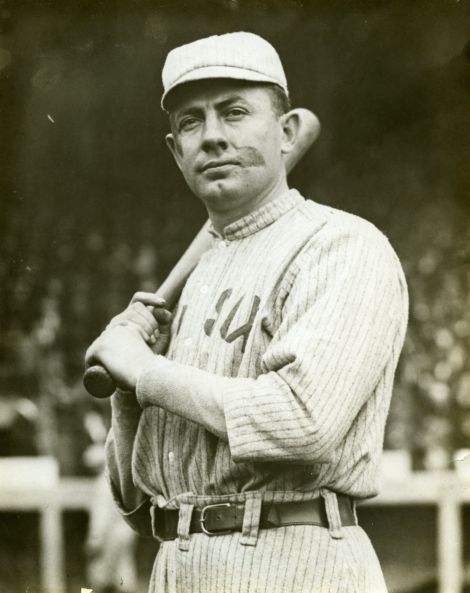 History was not yet finished with Yerkes, for just as it had deemed him worthy in Fenway’s first ever game, so it did for Fenway’s last game of the 1912 World Series. With the Series knotted at three games apiece, the deciding game was set for Fenway Park.

It was the bottom of the 10th inning and the NY Giants were ahead 2-1. With the Red Sox two outs away from defeat and the tieing run on third, Yerkes stepped in against the great Christy Mathewson. He worked him for a walk and went to third on a game tieing single by Tris Speaker. And when Larry Gardner lofted a flyball to right, it was Yerkes who tagged up and scored the run that made the Boston Red Sox World Champs in Fenway Park’s first year!

All this after having driven in the the run that won game one of the Series at the Polo Grounds. Not a bad year for a nondescript second baseman, not bad at all. 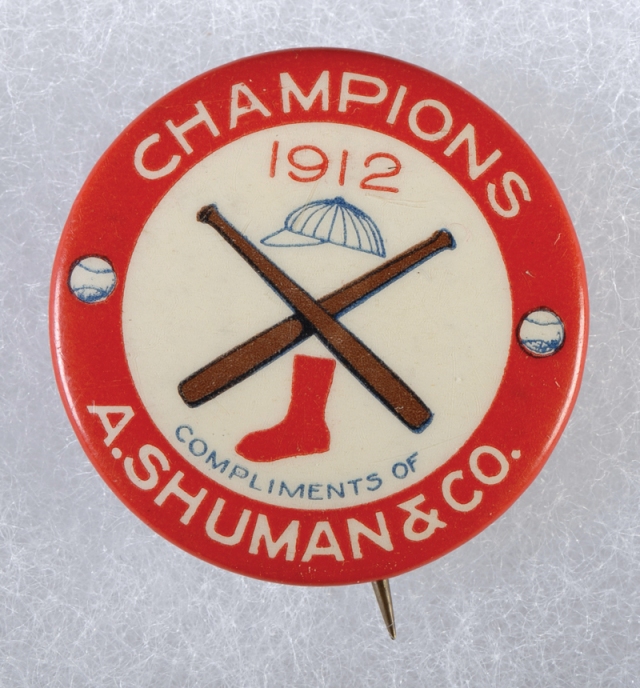 And so it was at this time in Fenway Park history, 1912 Yerkes time.

Hello and welcome, my name is Raymond Sinibaldi. An educator for more than two decades, a baseball fan for nearly 60 years, I have authored four books about baseball and her glorious history; with a fifth on the way in late spring of 2015; the first, The Babe in Red Stockings which was co-authored with Kerry Keene and David Hickey. It is a chronicle of Babe's days with the Red Sox. We also penned a screenplay about Babe's Red Sox days so if any of you are Hollywood inclined or would like to represent us in forwarding that effort feel free to contact me through my email. In 2012 we three amigos published Images of Fenway Park in honor of the 100th birthday of Fenway Park. That led to the creation of this blog. The following year, 2013 came my first solo venture, Spring Training in Bradenton and Sarasota. This is a pictorial history of spring training in those two Florida cities. The spring of 2014 brought forth the 1967 Red Sox, The Impossible Dream Season. The title speaks for itself and it also is a pictorial history. Many of the photos in this book were never published before. The spring of 2015 will bring 1975 Red Sox, American League Champions. Another pictorial effort, this will be about the Red Sox championship season of 1975 and the World Series that restored baseball in America. I was fortunate enough to consult with sculptor Franc Talarico on the “Jimmy Fund” statue of Ted Williams which stands outside both Fenway Park and Jet Blue Park Fenway South, in Fort Myers Florida. That story is contained in the near 300 posts which are contained herein. This blog has been dormant for awhile but 2015 will bring it back to life so jump on board, pass the word and feel free to contact me about anything you read or ideas you may have for a topic. Thanks for stopping by, poke around and enjoy. Autographed copies of all my books are available here, simply click on Raymond Sinibaldi and email me.
View all posts by fenwaypark100 →
This entry was posted in Fenway Park Baseball and tagged 1912, 1912 World Series, Babe Ruth, Boston Post, Christy Mathewson, Fenway Park, Paul Shannon, Red Sox, Steve Yerkes, Tris Speaker. Bookmark the permalink.