“When Babe Ruth gets tired of twirling on the mound, it looks as if there’s an outfield job waiting for him. The way he has been hitting that pill shows that he is one of the most natural hitters in the game.” Arthur Duffey Boston Post June 13,1916

I have written a couple of times about Babe Ruth and I dare say I will write of him more, because you see when it is all said and done, there is nobody better to have played the game. Oh, there are those who will put forth this one or that one was a better “all around” player. All worthy discussions and part of the joy of baseball however the simple reality is that nobody who has ever played in the major leagues has enjoyed as high a level of success both as an everyday player and pitcher than Babe.

Virtually the entire baseball world knows that Babe Ruth began his career in Boston as a pitcher.

The sale of Babe to the Yankees has been chronicled ad nauseam.

The nonsense of the curse flourished following the 1986 World Series and it was finally put to bed following the Red Sox 2004 World Championship. The ramifications of all of this was staggering when it came to how the Red Sox perceived themselves and their history. In the mid 1990s when cyberspace was in its infancy, the Boston Red Sox produced a website. In that website was a section on Red Sox legends in which there was no mention of Babe Ruth. Imagine, the man whom the Fenway Faithful elected the franchise best left-handed pitcher in their history just a decade before was left off the original Red Sox legend list.

When it came to Babe Ruth, the Red Sox seemed ashamed that they had sold him, and appeared to ignore his years in Boston.

When the current ownership took the reigns in 2002, their committment to Red Sox history was clear and was exhibited in their decision to renovate, not raze Fenway Park. And they set forth on a course to bring a World Championship back to the city, the ball park that had been the seat of excellence in the nascent days of the American League. 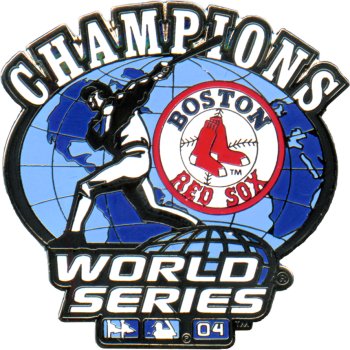 The 2004 World Series liberated the Boston Red Sox and the Fenway Faithful and the culmination of that liberation will take place in 2012, the 100th birthday year of Fenway Park. For the “Banners of Glory” which wave proudly on Van Ness Street, proclaiming the greatness of Red Sox who have gone before will, for the first time, include the name Babe Ruth! 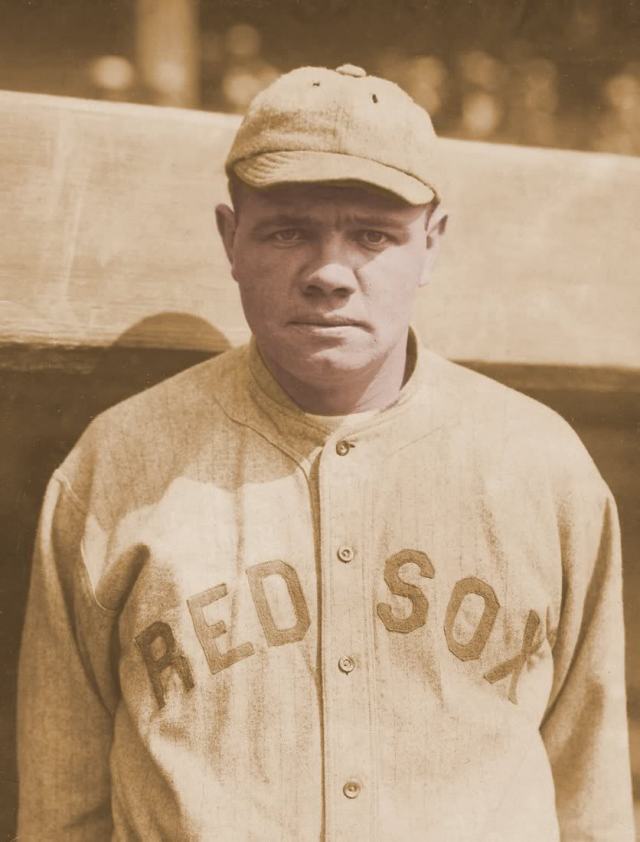 The Boston Red Sox will formally embrace Babe Ruth’s time spent toiling at Fenway Park and it is long overdue. For with all that he achieved in New York wearing the pinstripes of the Yankees, the fact is and will forever be that when Babe Ruth left Boston he did so as the greatest player in the game and that is something for the Boston Red Sox, the Fenway Faithful and indeed all of baseball to celebrate! The banners of Fenway Park will now forever proclaim it so!

Hello and welcome, my name is Raymond Sinibaldi. An educator for more than two decades, a baseball fan for nearly 60 years, I have authored four books about baseball and her glorious history; with a fifth on the way in late spring of 2015; the first, The Babe in Red Stockings which was co-authored with Kerry Keene and David Hickey. It is a chronicle of Babe's days with the Red Sox. We also penned a screenplay about Babe's Red Sox days so if any of you are Hollywood inclined or would like to represent us in forwarding that effort feel free to contact me through my email. In 2012 we three amigos published Images of Fenway Park in honor of the 100th birthday of Fenway Park. That led to the creation of this blog. The following year, 2013 came my first solo venture, Spring Training in Bradenton and Sarasota. This is a pictorial history of spring training in those two Florida cities. The spring of 2014 brought forth the 1967 Red Sox, The Impossible Dream Season. The title speaks for itself and it also is a pictorial history. Many of the photos in this book were never published before. The spring of 2015 will bring 1975 Red Sox, American League Champions. Another pictorial effort, this will be about the Red Sox championship season of 1975 and the World Series that restored baseball in America. I was fortunate enough to consult with sculptor Franc Talarico on the “Jimmy Fund” statue of Ted Williams which stands outside both Fenway Park and Jet Blue Park Fenway South, in Fort Myers Florida. That story is contained in the near 300 posts which are contained herein. This blog has been dormant for awhile but 2015 will bring it back to life so jump on board, pass the word and feel free to contact me about anything you read or ideas you may have for a topic. Thanks for stopping by, poke around and enjoy. Autographed copies of all my books are available here, simply click on Raymond Sinibaldi and email me.
View all posts by fenwaypark100 →
This entry was posted in Fenway Park Baseball and tagged 2004 World Series, Babe Ruth, Fenway Banners, Fenway Park, Red Sox. Bookmark the permalink.