The Boston Red Sox are planning a plethora of events to celebrate Fenway Park’s 100th birthday this summer. Among them is the selection, by the fans, of Fenway Park’s 100th Anniversary team, the All Fenway team!http://mlb.mlb.com/bos/fan_forum/all_fenway_team.jsp 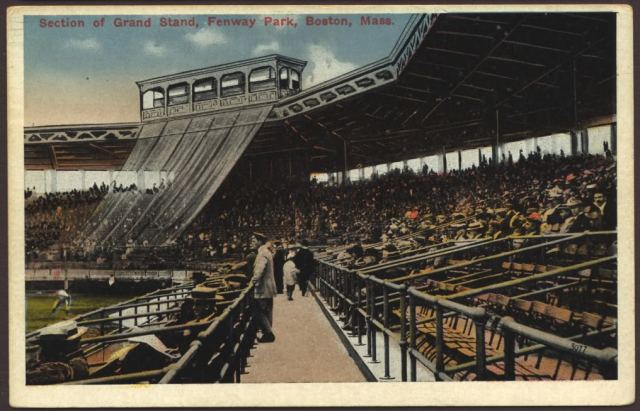 The voting has begun now as fans can select the best left and right-handed starting pitchers at the moment. It will end with the center fielder and manager being selected from May 7th through May 20th. A fun exercise and fodder for many a sports bar discussion/argument, mill. 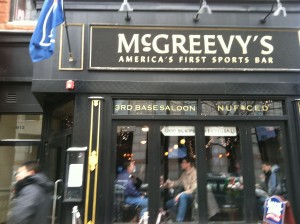 Not one to miss out on a good baseball discussion, I am going to take a bit of a different track and it will go like this. I am going to select my all time Fenway Park team! Not just one player at each position but a 25 man team! An All Time Fenway 25 man roster if you will. Today I will begin with the pitching staff. Oh, and it will be old school, no “set up” bullpen guys! All starters with two guys out of the bullpen. Oh and I do have one criteria which must be met, each starter must have at least 100 decisions in a Red Sox uniform.

Today I select my southpaws, starting with the most current and working my way back towards 1912. With that said, the first guy on the staff is……. 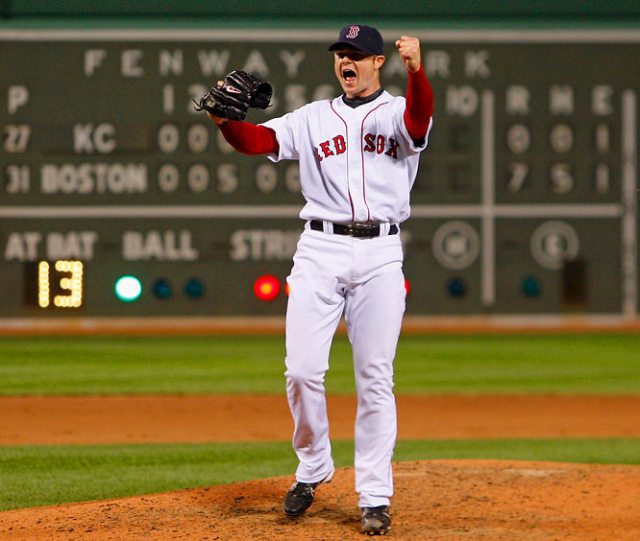 Lester became eligible for my squad just last year after completing his sixth season in a Red Sox uniform. His lifetime record of 76-34 earns him a .691 winning percentage. That is the best in Red Sox history for a lefty with 100 or more decisions. A two-time all-star, he led the league in strikeouts per nine innings in 2010 and since he entered the rotation in 2008 he has averaged over 200 innings per season, a workhorse by today’s standards. His 162 game average is 17-7 with a 3.53 ERA. He is 2-3 in the post season with a 2.57 ERA. He was the winning pitcher in the World Series clinching game in 2007! 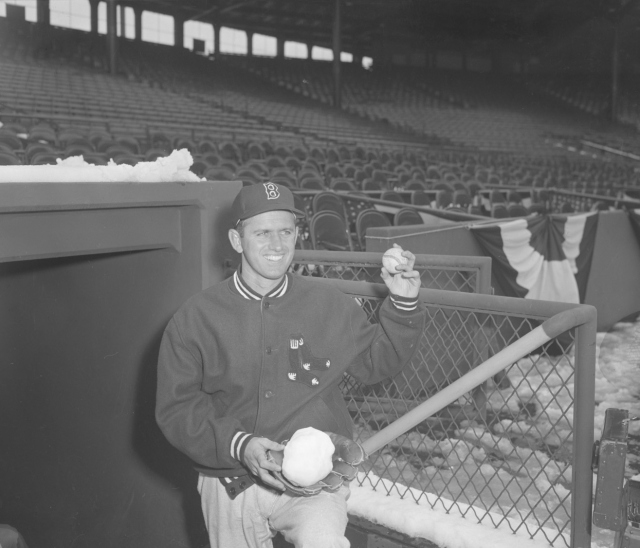 He is forever cemented in Red Sox folklore by being passed over to pitch the one game playoff for the American League pennant against the Indians in 1948. Manager Joe McCarthy went with journeyman Denny Galehouse who got pounded, the Indians went on to the World Series and the Red Sox went home. Parnell never pitched in the post season. 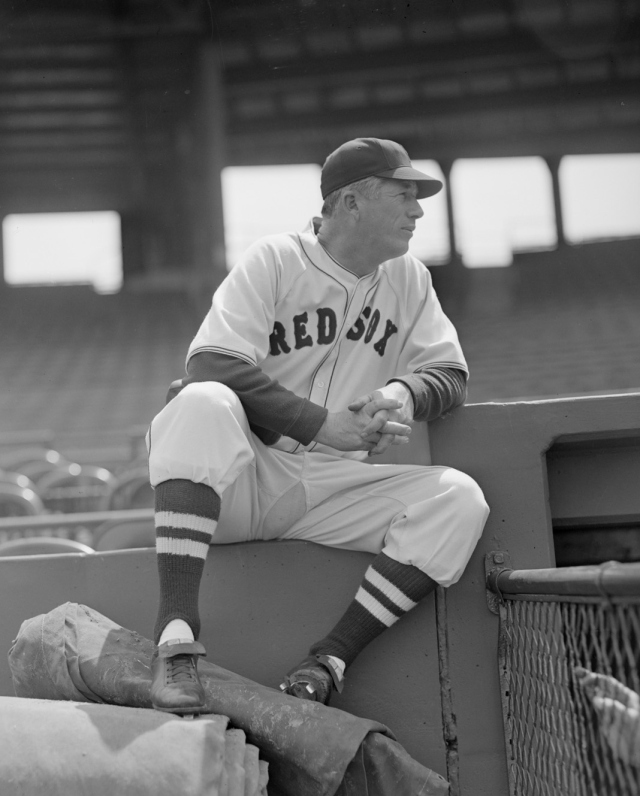 I’ve written about Grove a couple of times, once just this past week regarding his Banner of Glory waving on Van Ness Street. Even though his best years were behind him when he arrived in Boston, Lefty Grove earns a spot on the All Fenway pitching staff. He was 105-62 (.629) with a 3.34 ERA in eight years with the Red Sox. Four times he led the league in ERA, once in shutouts and he was a five time all-star in Boston. He won his 300th game in a Red Sox uniform, the only pitcher to do so! 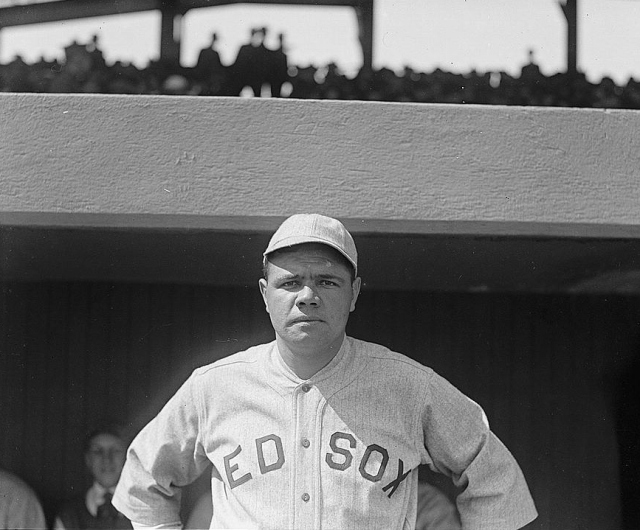 It seems hard to believe that a guy who pitched 100 years ago and for only three complete seasons would make the squad, but the numbers are staggering and the performance does not lie!

Hello and welcome, my name is Raymond Sinibaldi. An educator for more than two decades, a baseball fan for nearly 60 years, I have authored four books about baseball and her glorious history; with a fifth on the way in late spring of 2015; the first, The Babe in Red Stockings which was co-authored with Kerry Keene and David Hickey. It is a chronicle of Babe's days with the Red Sox. We also penned a screenplay about Babe's Red Sox days so if any of you are Hollywood inclined or would like to represent us in forwarding that effort feel free to contact me through my email. In 2012 we three amigos published Images of Fenway Park in honor of the 100th birthday of Fenway Park. That led to the creation of this blog. The following year, 2013 came my first solo venture, Spring Training in Bradenton and Sarasota. This is a pictorial history of spring training in those two Florida cities. The spring of 2014 brought forth the 1967 Red Sox, The Impossible Dream Season. The title speaks for itself and it also is a pictorial history. Many of the photos in this book were never published before. The spring of 2015 will bring 1975 Red Sox, American League Champions. Another pictorial effort, this will be about the Red Sox championship season of 1975 and the World Series that restored baseball in America. I was fortunate enough to consult with sculptor Franc Talarico on the “Jimmy Fund” statue of Ted Williams which stands outside both Fenway Park and Jet Blue Park Fenway South, in Fort Myers Florida. That story is contained in the near 300 posts which are contained herein. This blog has been dormant for awhile but 2015 will bring it back to life so jump on board, pass the word and feel free to contact me about anything you read or ideas you may have for a topic. Thanks for stopping by, poke around and enjoy. Autographed copies of all my books are available here, simply click on Raymond Sinibaldi and email me.
View all posts by fenwaypark100 →
This entry was posted in Fenway Park Baseball and tagged "Lefty" Grove, All Fenway Team, Babe Ruth, Fenway Park, Joe McCarthy, Jon Lester, Mel Parnell, Red Sox. Bookmark the permalink.