The All Fenway Team, The Firstbaseman, A No-Brainer…..

Alrighty then, it’s time for the first baseman on the All Fenway team.

Very often, defense is sacrificed at this position in favor of offensive strength, especially power. In pre DH days, and still applicable in the National League, often a player who is “slowing down” will move to first to accommodate his diminishing physical skills. Some examples, Ernie Banks, moved from short to first, Carl Yastrzemski from left field to first, Harmon Killebrew from third to first and Rod Carew from second to first, all are Hall of Famers.

With all due respect to the five others nominated for this position, this one for me is a no-brainer! 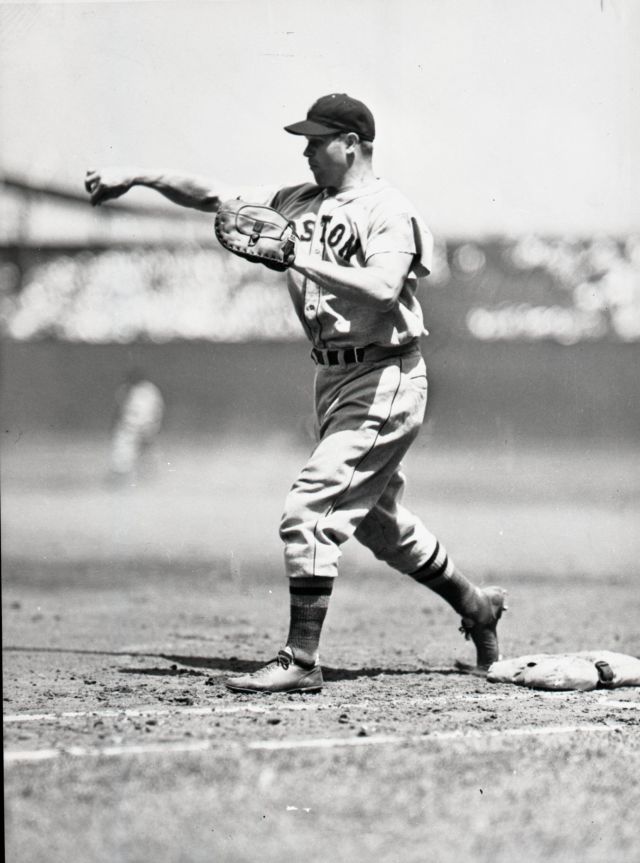 Jimmie Foxx was the second player in baseball history to hit 500 career homers.

Foxx was a legendary strong man and one of the first musclemen to play the game. Playing at a time when muscles were thought to actually hurt a baseball player, Foxx earned the moniker The Beast for the size of his muscles.

Foxx’s muscles developed from the work he did being raised on a farm. He loved to show off his arms and used to cut off his sleeves to expose his muscles.

Foxx explained to Time Magazine how working on a farm developed his physique: “…I worked on a farm and I am glad of it. Farmer boys are stronger than city boys. When I was 12, I could cut corn all day, help in the wheat fields, swing 200-pound bags of phosphate off a platform into a wagon. We had games on the farm to test strength and grip. A fellow had to plant both feet in half a barrel of wheat and then pick up two bushels of wheat or corn and balance them on his shoulders. Another trick was to lift a 200-pound keg of nails without letting the keg touch your body. I could do that easily but I never realized then it was helping me train for the Big Leagues.” 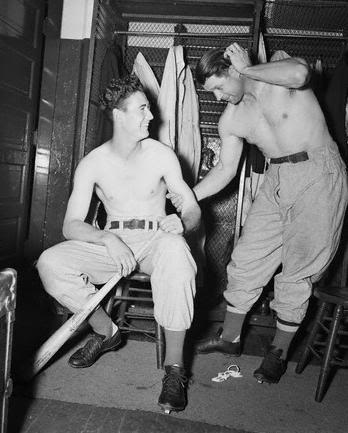 Ted Williams and Jimmie Foxx played together from 1939-1942 and Ted Williams regarded Foxx one of “the finest people I ever met.”

Foxx’s tape measure home runs became legendary and like Babe Ruth, fans, writers and players alike marveled at how high and far he could hit a baseball. At Shibe Park in Philadelphia (Foxx’s first home), the left field roof was 65 feet high and the back wall of the stadium was 378 feet from home plate at its closest point. Twenty four times, Foxx launched baseballs clear out of the park and many of them were not at the “nearest point”. Comiskey Park in Chicago had similar height but the back wall was about 425 feet away from home, Foxx hit six balls clear out of that edifice as well.

The All Star Game was established in 1933 and Foxx made the first nine American League All Star squads.

Oh and did I mention, he could fly! A state 200 yard sprint champion in high school, Foxx was an excellent defensive player as well. He literally could and did play all around the diamond, including a few stints on the mound.

Hello and welcome, my name is Raymond Sinibaldi. An educator for more than two decades, a baseball fan for nearly 60 years, I have authored four books about baseball and her glorious history; with a fifth on the way in late spring of 2015; the first, The Babe in Red Stockings which was co-authored with Kerry Keene and David Hickey. It is a chronicle of Babe's days with the Red Sox. We also penned a screenplay about Babe's Red Sox days so if any of you are Hollywood inclined or would like to represent us in forwarding that effort feel free to contact me through my email. In 2012 we three amigos published Images of Fenway Park in honor of the 100th birthday of Fenway Park. That led to the creation of this blog. The following year, 2013 came my first solo venture, Spring Training in Bradenton and Sarasota. This is a pictorial history of spring training in those two Florida cities. The spring of 2014 brought forth the 1967 Red Sox, The Impossible Dream Season. The title speaks for itself and it also is a pictorial history. Many of the photos in this book were never published before. The spring of 2015 will bring 1975 Red Sox, American League Champions. Another pictorial effort, this will be about the Red Sox championship season of 1975 and the World Series that restored baseball in America. I was fortunate enough to consult with sculptor Franc Talarico on the “Jimmy Fund” statue of Ted Williams which stands outside both Fenway Park and Jet Blue Park Fenway South, in Fort Myers Florida. That story is contained in the near 300 posts which are contained herein. This blog has been dormant for awhile but 2015 will bring it back to life so jump on board, pass the word and feel free to contact me about anything you read or ideas you may have for a topic. Thanks for stopping by, poke around and enjoy. Autographed copies of all my books are available here, simply click on Raymond Sinibaldi and email me.
View all posts by fenwaypark100 →
This entry was posted in Fenway Park Baseball and tagged "Lefty" Grove, All Fenway Team, Babe Ruth, Carlton Fisk, Dick Radatz, Fenway Park, Jason Varitek, Jimmie Foxx, Jon Lester, Jonathan Papelbon, Luis Tiant, Mel Parnell, Pedro Martinez, Red Sox, Roger Clemens, smokey joe wood. Bookmark the permalink.