Yesterday’s opener turned into a classic pitching duel between Jon Lester and last years MVP and Cy Young Award winner Justin Verlander. Neither was involved in the decision as the Red Sox tied the Tigers 2-2 in the top half of the ninth only to lose it in the bottom half of the frame 3-2. 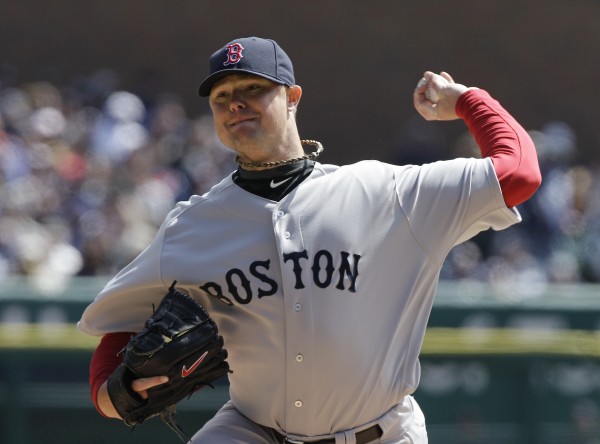 The loss actually put the Red Sox opening day record, since Fenway’s birth, to 51-50 still a tad over .500 and they came within two outs of playing in their 11th extra inning opener in 100 years.

Fenway Park was renovated during the 1933 winter and the “Green Monster” in its current incarnation was constructed and ready to go for the 1934 season.

The near extra inning contest got my brain to thinking and I share with you today my rambling extra inning findings.

The first extra inning opening day contest occurred in Washington on April 11, 1932 a 1-0 10 inning loss to the Senators. Two years later on what happened to be the very first game played before Fenway Park’s fabled “Green Monstah”, the Senators took another opening day extra inning contest  6-5 in the 11th. The Red Sox have played in ten extra innings openers, the aforementioned first in 1932, a loss, and the last in Oakland in 2008, a 6-5 ten inning win.

Hank Johnson was the tough luck loser on opening day 1934. He pitched five innings in relief surrendering only three hits and one unearned run in the 11th inning.

Their overall extra inning record is 3-7 in the openers that have required extra frames and believe it or not they have NEVER won an extra inning opener at Fenway Park! They have lost all five at home.

The first extra inning opening day win for the Red Sox came in 1964 when Roman Mejias scored on a wild pitch by Whitey Ford in the 11th inning. Ford took the complete game loss.

Three times the Red Sox have played the Baltimore Orioles in extra inning openers 1966, ’69’ and ’89’ and a couple of those contests have provided some very dramatic moments. 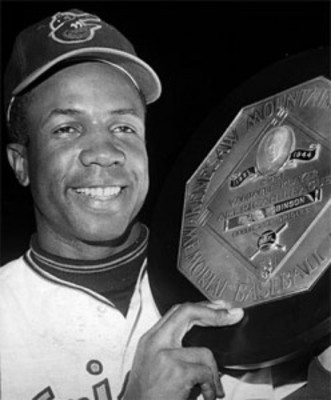 Frank Robinson began his American League career at Fenway Park in 1966. In his first at bat he was hit by Earl Wilson and scored when Brooks Robinson homered. The ’66’ Triple Crown winner went 2-4 including a game tying homer in the fifth.

The 1966 opener is the longest in Red Sox history, decided in the 13th inning when Luis Aparicio scored on a balk by Jim Lonborg, giving Baltimore a 5-4 win.

Opening day 1969 may well be the most dramatic opener in Red Sox history. It took place at Memorial Stadium in Baltimore and it involved the Red Sox boy wonder, Tony Conigliaro.

Tony C. scored the winning run in the 12th inning in the 1969 opener after leading off the inning with a walk.

Suffering what appeared to be a career ending injury in 1967, Conigliaro sat out the entire ’68’ season only to miraculously return in 1969. On opening day in Baltimore, he stepped to the plate in the top of the tenth inning in a 2-2 ballgame and rifled a ball into the left-centerfield bleachers giving the Red Sox a 4-2 lead in a game they eventually won in 12 innings, 5-4.

Lee Smith took the opening day loss in 1988 despite not surrendering an earned run, suffering the same fate as Hank Johnson in 1934.

The last opening day extra inning game at Fenway Park occurred in 1988 against yesterdays opponent the Detroit Tigers. After Roger Clemens and Jack Morris battled through nine innings of a 3-3 tie, the game was turned over to the bullpen. In the top of the 10th an error by Red Sox shortstop Spike Owen opened the flood gates and the game was decided on a two out, two run homer by the Tiger shortstop Allan Trammell.

The Red Sox lost the opener and are 0-1, 100 years ago today they were 0-0 and five days removed from the season’s opener.

Hello and welcome, my name is Raymond Sinibaldi. An educator for more than two decades, a baseball fan for nearly 60 years, I have authored four books about baseball and her glorious history; with a fifth on the way in late spring of 2015; the first, The Babe in Red Stockings which was co-authored with Kerry Keene and David Hickey. It is a chronicle of Babe's days with the Red Sox. We also penned a screenplay about Babe's Red Sox days so if any of you are Hollywood inclined or would like to represent us in forwarding that effort feel free to contact me through my email. In 2012 we three amigos published Images of Fenway Park in honor of the 100th birthday of Fenway Park. That led to the creation of this blog. The following year, 2013 came my first solo venture, Spring Training in Bradenton and Sarasota. This is a pictorial history of spring training in those two Florida cities. The spring of 2014 brought forth the 1967 Red Sox, The Impossible Dream Season. The title speaks for itself and it also is a pictorial history. Many of the photos in this book were never published before. The spring of 2015 will bring 1975 Red Sox, American League Champions. Another pictorial effort, this will be about the Red Sox championship season of 1975 and the World Series that restored baseball in America. I was fortunate enough to consult with sculptor Franc Talarico on the “Jimmy Fund” statue of Ted Williams which stands outside both Fenway Park and Jet Blue Park Fenway South, in Fort Myers Florida. That story is contained in the near 300 posts which are contained herein. This blog has been dormant for awhile but 2015 will bring it back to life so jump on board, pass the word and feel free to contact me about anything you read or ideas you may have for a topic. Thanks for stopping by, poke around and enjoy. Autographed copies of all my books are available here, simply click on Raymond Sinibaldi and email me.
View all posts by fenwaypark100 →
This entry was posted in Fenway Park Baseball and tagged 1912, Baltimore Orioles, Conig, Detroit Tigers, Earl Wilson, Fenway Park, Frank Robinson, Hank Johnson, Jim Lonborg, Jon Lester, Justin Verlander, Lee Smith, Opening Day, Red Sox, Roger Clemens, Roman Mejias, Tony C, Tony Conigliaro. Bookmark the permalink.