Anything, Anything at all but a Shutout…..

Yesterday I wrote about seven Red Sox pitchers who hurled shutouts in their major league pitching debuts. The first one was Rube Kroh in 1906, the last Billy Rohr in 1967. Interestingly enough none of them did it at Fenway Park!

Today, add the names of Ben Flowers, Russ Kemmerer and Jim Wright to a list of Fenway Park quirkiness. Who and Why you ask? Well these guys are the three Red Sox pitchers who pitched shutouts in their first major league START! The difference between these three dudes and yesterdays seven is, these guys actually pitched in relief before their start! Oh and all three of these shutouts were hurled at Fenway Park.

Ben Flowers, a knuckleballer, was the first to etch his name in Fenway Park history when he shutout the St. Louis Browns 5-0 at Fenway on August 5, 1953.

He had made 21 relief appearances in 1953, his longest had been a 5 1/3 inning stint at Fenway Park against the Indians in June; a game in which the Cleveland team thumped four different Sox pitchers for 17 hits and 13 runs. The Sox came up on the short end that afternoon but Ben had actually stemmed the tide allowing only two runs in his five plus innings.

From July 25th to August 1 Ben set, what at the time was a major league record, when he appeared in eight consecutive games out of the bull pen. Four days later he made his first start and he shut down the Browns, allowing nine hits, striking out but one and walking only two. 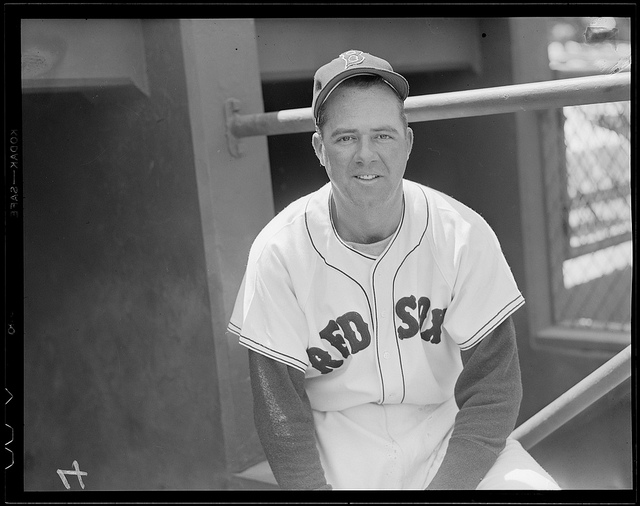 Flowers shutout was his only win in a Red Sox uniform but it was historic, the first Red Sox pitcher to hurl a shutout at Fenway Park in his first major league start!

A year later on the 18th of July,Russ Kemmerer joined Flowers on the Fenway list of historic first starts. The team he faced was the same, although now they were called the Baltimore Orioles, the Browns having moved to Baltimore during the winter of 1953.

The 22-year-old Kemmerer strolled to the Fenway Park mound that Sunday afternoon with only five relief stints on his resume. His team was mired in 6th place, 23 1/2 games behind the Indians who were reeling off wins at a record-setting pace. The 16, 782 members of the Fenway Faithful who spun the turnstiles on that summer afternoon had no idea they were about to witness a brush with history. 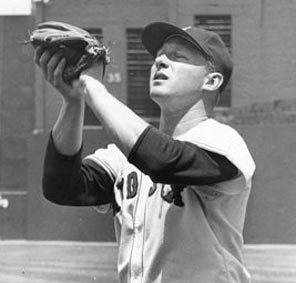 In the first three innings, a couple of Orioles had walked, one reached on an error but none had scored. The Sox had wasted a leadoff triple by Jackie Jensen in the second but when Jackie came to bat in the third the bases were loaded and he rifled a double scoring Kemmerer who had walked and Williams who had singled.

Taking the hill in the fourth with a two run lead, the kid continued to induce Oriole outs. Undeterred by two walks, and the beneficiary of a solo homer by Jimmy Piersall in the fifth, Kemmerer carried a 3-0 lead and a no-hitter into the seventh inning.

His no-hit dreams were shattered by a line single to left by Oriole left fielder Sam Mele leading off the seventh. Kemmerer remained undaunted getting the next three Orioles on an infield pop out and two ground balls. He set the next six down in a row finishing with a most impressive one hitter and a 4-0 win. 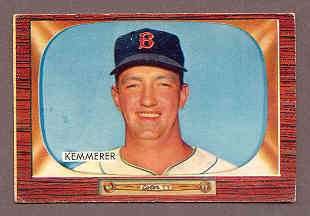 Kemmerer would pitch but 27 games for the Red Sox in three seasons. He was 6-4 and hurled a total of 96 2/3 innings. He would go on to pitch for the Senators, White Sox and Astros but he would never again find the brilliance that was his on a Sunday July afternoon at Fenway Park.

Twenty eight year old Jim Wright had only three relief appearances behind him when he found the ball in his locker on May 6, 1978. Coming off a performance in which he had surrendered five hits to the 12 batters he faced, including two homers, he must have been feeling a bit of trepidation when he went to work.

It was the second game of a double-header and his mates had taken the first game in 10 innings. Trepidation aside, Wright took control of the pale hose. He scattered seven hits and only twice did he allow two men on base. He only struck out three but he walked no one and when the day ended he had his first career shutout and the Red Sox had a sweep.

Jim Wright was the last Red Sox pitcher to throw a shutout in his first start. He would hurl two more shutouts during the ’78’ season but by the end of 1979 he was gone, joining the list of Red Sox hurlers who flipped shutouts beginning their careers and then slipping away into relative obscurity.

I’m not sure what it all means but it almost makes me think that the next time a phenom pitcher makes his debut in a Red Sox uniform, he does anything, anything at all but throw a shutout.

And so it was at this time in Fenway Park history, shutout debut time.

Hello and welcome, my name is Raymond Sinibaldi. An educator for more than two decades, a baseball fan for nearly 60 years, I have authored four books about baseball and her glorious history; with a fifth on the way in late spring of 2015; the first, The Babe in Red Stockings which was co-authored with Kerry Keene and David Hickey. It is a chronicle of Babe's days with the Red Sox. We also penned a screenplay about Babe's Red Sox days so if any of you are Hollywood inclined or would like to represent us in forwarding that effort feel free to contact me through my email. In 2012 we three amigos published Images of Fenway Park in honor of the 100th birthday of Fenway Park. That led to the creation of this blog. The following year, 2013 came my first solo venture, Spring Training in Bradenton and Sarasota. This is a pictorial history of spring training in those two Florida cities. The spring of 2014 brought forth the 1967 Red Sox, The Impossible Dream Season. The title speaks for itself and it also is a pictorial history. Many of the photos in this book were never published before. The spring of 2015 will bring 1975 Red Sox, American League Champions. Another pictorial effort, this will be about the Red Sox championship season of 1975 and the World Series that restored baseball in America. I was fortunate enough to consult with sculptor Franc Talarico on the “Jimmy Fund” statue of Ted Williams which stands outside both Fenway Park and Jet Blue Park Fenway South, in Fort Myers Florida. That story is contained in the near 300 posts which are contained herein. This blog has been dormant for awhile but 2015 will bring it back to life so jump on board, pass the word and feel free to contact me about anything you read or ideas you may have for a topic. Thanks for stopping by, poke around and enjoy. Autographed copies of all my books are available here, simply click on Raymond Sinibaldi and email me.
View all posts by fenwaypark100 →
This entry was posted in Fenway Park Baseball and tagged Ben Flowers, Dick Gernert, Fenway Park, Jackie Jensen, Jim Wright, Red Sox, Russ Kemmerer. Bookmark the permalink.