Manny Ramirez asked for, and was granted his release, by the Oakland A’s last weekend. He had been playing with the A’s triple A affiliate, the Sacramento River Cats.

Manny had signed a deal with Oakland after his 100 game suspension, for his second “drug” offense, was cut in half by his eminence Bud Selig. (Does anyone know how and why that came about?)

On Monday Roger Clemens was released from the clutches of the Federal government when a jury found him not guilty on perjury charges stemming from his testimony before Congress regarding his use of performance enhancing drugs. 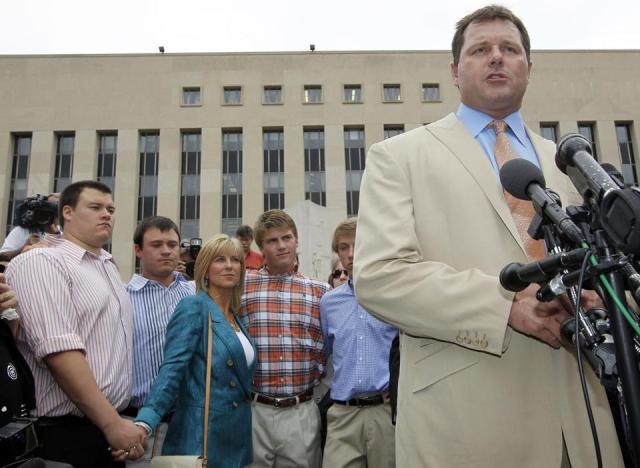 Anyway I greeted this news of Manny with a giant yawn of indifference and that made me sad and as for Roger all I can say is I was not surprised. The government’s case was weak but I also know that not guilty does not mean innocent. (Can you say OJ?)

Those of you who read this blog know that I am an old school traditional baseball kind of guy. I revel in its history and I celebrate its connection to the history of this great country. Therefore I am mindful of the role that any given player, event or team plays in light of that fabulous history. That all having been said I guess the reason for my yawn of indifference is I am mad at these guys and I also know that this is never going to go away! NEVER! And that makes me madder still. And while I’m at it, you know who else I’m mad at? The folks who run this place!

And I am also mad at the guys on Baseball Tonight and MLB Network and………. wait, I’m ranting. I guess I can sum it up by saying that I am mad at the baseball culture and how they handle or choose not to handle this whole steroid thing!

Another event took place this past week which epitomizes what upsets me the most about this whole mess. This guy,

hit a grand slam home run, the 23rd of his career and with it he tied this guy,

for the most grand slam home runs in a career. After his homer, Alex said all the right things; “to be mentioned in the same sentence with Lou Gehrig is an honor”, yada, yada ,yada. But you know what’s funny? In the fanfare of all the reporting of this very significant moment did anybody say anything about ARods juice use!

To refresh, ARod admitted (after he got caught) that he took roids for the three years he was in Texas (2001-2003). He claims to have been clean since joining the Yankees in 2004. Did you hear any sports anchor person on ESPN, the MLB Network or even any local broadcast say, “Oh and by the way, ARod hit three of those grand slams while he was on the juice with the Rangers in 2001, ’02’ and ’03’? Nope you didn’t. Did you hear ARod say anything like, “I really haven’t tied Mr. Gehrig yet because three of them came when I was using PHD’S? Nope! And this is what irks me no end.

Now, on to Manny. For the better part of 15 years this man was touted as one of the best right-handed hitters in the history of the game. Often compared to Jimmie Foxx, he was said to possess the same talent as a pure hitter with power the likes of which had not been seen for over a half century.

Manny had two positive tests for steroids, once with the Dodgers in 2009 and then again with Tampa Bay in 2011. His 2011 failure led to a 100 game suspension and actually he “retired” rather than deal with the consequences of that act. That suspension was inexplicably cut in half when he wanted to return with Oakland this year. I’m befuddled as to why, but I suppose that is simply above my pay grade. Are we really supposed to think that he was “clean” while he was playing in the 90s and into the year 2004 when the current testing policy went into place?

And then there is Roger! He was acquitted and good for him however as I said at the top not guilty does not mean innocence and a quick look will leave us all to our own judgement. He left Boston following the 1996 season. In the four years before he left, his record was 40-39 and his ERA was 4.35. He was, to be honest a bit on the “chubby” side and there was a thought among some that he had grown fat and happy.

He went to Toronto and the next two years he was 41-13 with an ERA of 2.33 and he led the league in wins, ERA, and strikeouts both seasons. He won back to back Cy Young Awards and he also met and began training with Brian McNamee, the “alleged” administer of the roids. Clemens left Toronto for New York and Houston, won a Cy Young Award in each place and was starting to be touted as perhaps the greatest right-handed pitcher of all time!

It is also noteworthy, that testimony revealed that Roger’s lovely wife Debbie was shot in the tush by Mr. McNamee with some human growth hormone, right in the bedroom of the Clemens lovely home in Texas. Now, I’m wondering how does that work? And Andy Petite, Roger’s best buddy admitted to taking the human growth himself! Hmmmmm, sounds like a duck to me but I’ll leave that judgment to you!

Now here’s the deal, first, if you think that the roids don’t increase performance ponder this; the three years that ARod was, admittedly, on the juice he averaged 52 home runs and 132 RBI per season. “Clean” he has averaged 32 homers and 100 RBI per season! “Nuf Ced”!

So where does that leave us? Well, if a juiced Clemens is facing a juiced ARod and a juiced Manny and a juiced Barry Bonds, so be it. They’re not cheating each other so what the hell!

Now that leads us back to the stewards of history and ultimately this is where the steroid question will be answered. Should these guys be in the Hall of Fame? 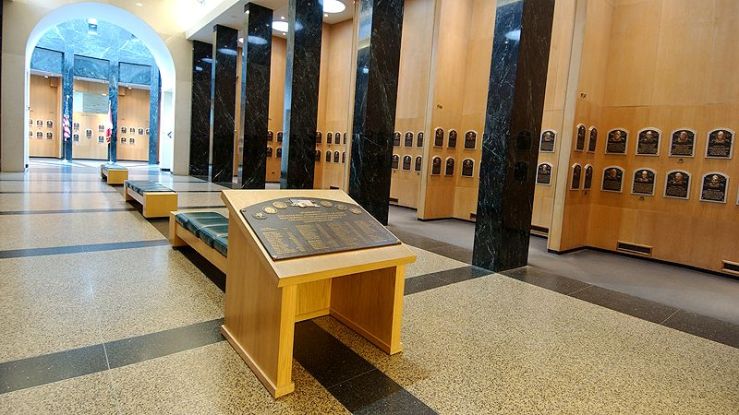 I have come to the conclusion that they cannot and should not be left out. We cannot wipe out an era of baseball and these guys, cheaters of history though they be, were great players. So here is what I propose. The Hall of Fame should officially designate the “Steroid Era” in baseball. It should be so designated and so stated on each individual plaque. For example, ARod’s plaque should read, “admitted steroid use in 2001, 02 and 03. Now when Jeter or Ken Griffey JR go in, it should denote they played in the Steroid Era but they were never linked to any use of performance enhancing drugs. Fair? Not really but is it fair that Satchel Paige never got to pitch in the big leagues in his prime? No, such are the perilous paths of history!

And you know what I really hate the most about all this? A recent conversation with my son about the great year David Ortiz is having with the Red Sox and his off the cuff comment that “he’s probably on human growth”. Really? Really? I hate, absolutely hate that as much as I don’t want to think it, as much as I don’t want to even entertain it, I much as I reject it and drive it from my mind, the kid may be right! Damn I’m mad at those guys!

Hello and welcome, my name is Raymond Sinibaldi. An educator for more than two decades, a baseball fan for nearly 60 years, I have authored four books about baseball and her glorious history; with a fifth on the way in late spring of 2015; the first, The Babe in Red Stockings which was co-authored with Kerry Keene and David Hickey. It is a chronicle of Babe's days with the Red Sox. We also penned a screenplay about Babe's Red Sox days so if any of you are Hollywood inclined or would like to represent us in forwarding that effort feel free to contact me through my email. In 2012 we three amigos published Images of Fenway Park in honor of the 100th birthday of Fenway Park. That led to the creation of this blog. The following year, 2013 came my first solo venture, Spring Training in Bradenton and Sarasota. This is a pictorial history of spring training in those two Florida cities. The spring of 2014 brought forth the 1967 Red Sox, The Impossible Dream Season. The title speaks for itself and it also is a pictorial history. Many of the photos in this book were never published before. The spring of 2015 will bring 1975 Red Sox, American League Champions. Another pictorial effort, this will be about the Red Sox championship season of 1975 and the World Series that restored baseball in America. I was fortunate enough to consult with sculptor Franc Talarico on the “Jimmy Fund” statue of Ted Williams which stands outside both Fenway Park and Jet Blue Park Fenway South, in Fort Myers Florida. That story is contained in the near 300 posts which are contained herein. This blog has been dormant for awhile but 2015 will bring it back to life so jump on board, pass the word and feel free to contact me about anything you read or ideas you may have for a topic. Thanks for stopping by, poke around and enjoy. Autographed copies of all my books are available here, simply click on Raymond Sinibaldi and email me.
View all posts by fenwaypark100 →
This entry was posted in Fenway Park Baseball and tagged 1912, Alex Rodriquez, Babe Ruth, Bob Gibson, Derek Jeter, Fenway Park, Hank Aaron, Jimmie Foxx, Ken Griffey Jr., Red Sox, Roger Clemens, Steroids, Walter Johnson. Christy Mathewson, Willie Mays. Bookmark the permalink.