Going into last nights game in Seattle, the Red Sox were 40-35 six and a half games behind the Yankees in third place. Not bad really when you think about all they have endured this year. I mean really, no Ellsbury, no Crawford, no Youkilis! Pedroia has been battling a thumb injury and has underproduced, as has Adrian Gonzalez.

Papi has been rejuvenated and is once again one of the leagues best hitters and guys named Middlebrooks, Ross, Saltalamacchia, (love that name), Podsednik, Nava and Aviles, have emerged. 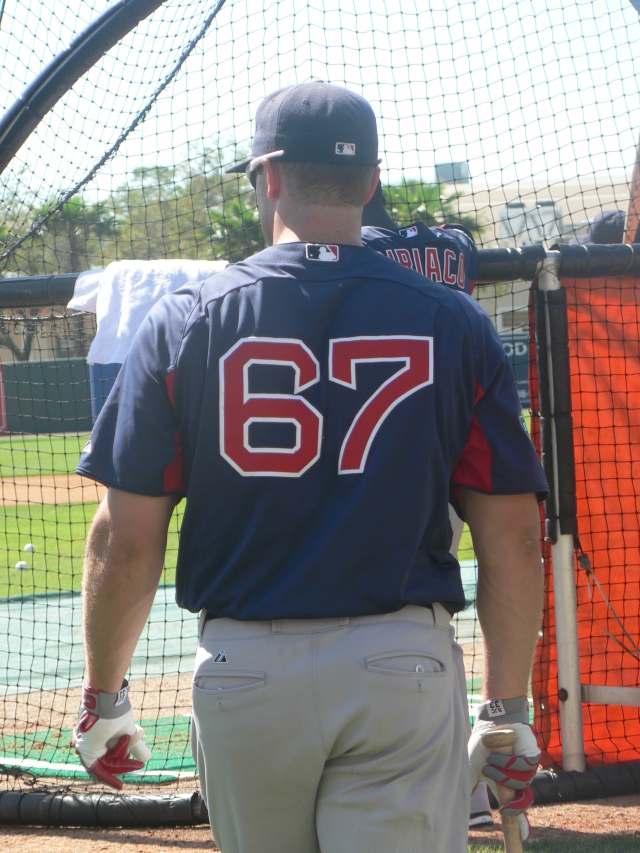 Jon Lester and Josh Beckett are a combined 9-12 with ERAs north of 4.50 and I am hard pressed to remember the last time Lester dominated a games. Buchholz is 8-2 but with an ERA at 5.54, the highest on the staff of starters! And Daniel Bard still seeks to rediscover himself toiling in Pawtucket.

But guys named Doubront, Morales and Aceves have emerged and Dice K is back. The bull pen, after a horrific start, has emerged as a formidable force and these Red Sox are actually becoming very easy to root for, even the “haters” would have to admit that!

I am always trying to see of we can learn anything from history, so this morning I did a little checking back. I looked at all of the 10 Red Sox teams that have made it to the World Series since Fenway Park was born. I looked at each team after 75 games and here’s what I found out.

That team celebrated wildly in October of that season.

We all know what happened that October!

The 1986 team was one of three of these squads to be at the 50 win mark this early in the season. They were 50-25 and eight games up in first place!

What more need be said?

The 1916 team beat the Dodgers in the World Series behind the arm of this southpaw.

That squad beat the Phillies in five games to be crowned 1915 World Champs. And looked pretty spiffy in their “Stag Brand” sweaters.

The first ever Fenway Park team of 1912 won 105 games, more than any other team in Red Sox history and 75 games into their season they were 51-24 and 6 1/2 games ahead of the league.  They did it behind the MVP season of Tris Speaker in centerfield and the incredible 34-5 record of fireballing right hander “Smokey” Joe Wood.

Both Speaker (L) and Wood would be traded to Cleveland.

The 1912 team beat the NY Giants in seven games to claim the title of World Champs, although actually eight games were played. Game two at Fenway ended in a 6-6 tie.

Now the more astute among you are saying “hey wait a minute, what about 1967”? Of course, but don’t you always save the best for last?

The 1967 “Impossible Dream Cardiac Kids” were, are you ready for this? Exactly where your 2012 version finds itself. They were 40-35, they were in fourth place and they were 4 1/2 games behind!

The “Cardiac Kids” take the field.

Every Red Sox fan knows, or should know, the story of this phenomenal season. They know of Yaz and Lonnie and Tony C. However, like this years team, they had kids, retreads and aging veterans emerge. Kids named Smith and Andrews and Rico and Scott, and Foy; vets named Howard and Adair and Harrelson and Wyatt and Tartabull. And retreads named Siebern and Landis who stopped by to pitch in a bit here and a bit there, each carving out a little niche in the folk-lore of Fenway and the Red Sox.

The 1967 American League Champions, who like their 1946 counterparts, lost the World Series to the Cardinals in seven games. However Red Sox announcer Ken Coleman called this “the Series nobody lost.” A sentiment shared by the Fenway Faithful.

There is magic in 67, a magic that never ends, never dies, never dissipates. And watching these guys I have started to think, maybe, just maybe.

Hello and welcome, my name is Raymond Sinibaldi. An educator for more than two decades, a baseball fan for nearly 60 years, I have authored four books about baseball and her glorious history; with a fifth on the way in late spring of 2015; the first, The Babe in Red Stockings which was co-authored with Kerry Keene and David Hickey. It is a chronicle of Babe's days with the Red Sox. We also penned a screenplay about Babe's Red Sox days so if any of you are Hollywood inclined or would like to represent us in forwarding that effort feel free to contact me through my email. In 2012 we three amigos published Images of Fenway Park in honor of the 100th birthday of Fenway Park. That led to the creation of this blog. The following year, 2013 came my first solo venture, Spring Training in Bradenton and Sarasota. This is a pictorial history of spring training in those two Florida cities. The spring of 2014 brought forth the 1967 Red Sox, The Impossible Dream Season. The title speaks for itself and it also is a pictorial history. Many of the photos in this book were never published before. The spring of 2015 will bring 1975 Red Sox, American League Champions. Another pictorial effort, this will be about the Red Sox championship season of 1975 and the World Series that restored baseball in America. I was fortunate enough to consult with sculptor Franc Talarico on the “Jimmy Fund” statue of Ted Williams which stands outside both Fenway Park and Jet Blue Park Fenway South, in Fort Myers Florida. That story is contained in the near 300 posts which are contained herein. This blog has been dormant for awhile but 2015 will bring it back to life so jump on board, pass the word and feel free to contact me about anything you read or ideas you may have for a topic. Thanks for stopping by, poke around and enjoy. Autographed copies of all my books are available here, simply click on Raymond Sinibaldi and email me.
View all posts by fenwaypark100 →
This entry was posted in Fenway Park Baseball and tagged 1912, 1967, Big Papi, Carl Yastrzemski, Daniel Nava, David Ortiz, Fenway Park, Magic, The Cardiac Kids, The Impossible Dream, Yaz. Bookmark the permalink.