Paterno, the Pope, Bill James and the Law…..

I thought I could avoid it. I thought it couldn’t creep into my fun little blog. I thought it couldn’t scratch this diversion. For that is one of the great beauties of sports is that it provides a diversion, an escape from the rigors of everyday life. However in immersing ourselves in our diversions we forget that even in those diversions, exists real life, the good, the bad and the monstrously ugly! 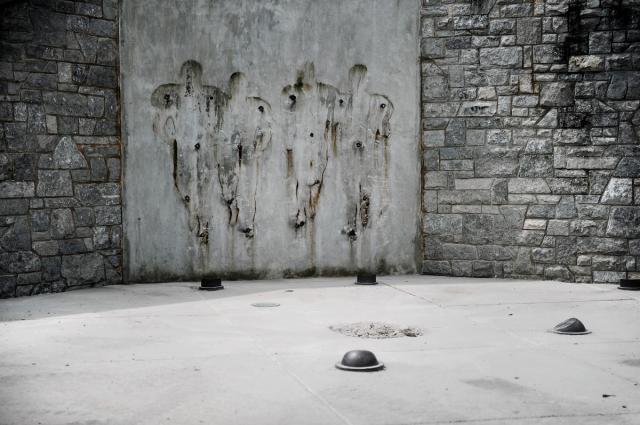 Once the site of Joe Paterno’s bronzed immortality.

The hammer came down on Penn State this week! It came down and it came down hard! The NCAA decided that they would torture, not kill them. And that is, at some level most appropriate. A two or three year suspension of football would be much more clear-cut, a solid parameter in which to operate, a well-defined beginning and ending. But this, this will have a long-term ripple effect which will permeate their being, somewhat like the long-term ramifications of being sexually abused as a child.

Paterno still has his staunch supporters, Franco Harris among them. Poor guy, can’t allow himself to see what stands before him! He himself a victim of the Paterno/Penn State cult of illusion.

Then there is Red Sox SABR guru Bill James who offered that it was not Paterno’s responsibility to go to the police because he didn’t see anything. Really? Great moral compass there Bill. Well the Red Sox distanced themselves from this knucklehead with one of those “the views expressed here statements” and effectively told him to shut the bleep up!

There are even those who are incensed that Paterno was denied due process! Those folks ought to reevaluate that line of thinking for it may well be that due process would have landed the ancient ruler of the pride of Nittany Lions in prison.

Both omnipotent forces in their worlds who were faced with the harsh, cruel, brutal, disgusting reality that there were men in their charge who were victimizing children! Their choice was to do everything in their power to preserve, protect and defend, not the children, but their venerable institutions! And in so doing exposed their monsters to more and more children who became innocent victims.

And then there is the Law, this Law

As Archbishop of Boston this man shuffled pedophile priests all about his kingdom. Each time an allegation about a certain monster came to his attention he simply moved him along to another church, another community and more children were caught in the web of evil. And this under the watch of his boss, the aforementioned Pope John Paul II.

Jerry Sandusky, and all those priests are monsters, aberrations, freaks of nature who for reasons known to no one are sexually attracted to children! They chose to act upon their sexual proclivities and thousands of children fell in the wake of those evil choices.

However, those who sit in power over the Sanduskys of the world, those who are in a position to act, to protect the greatest natural resource the world possesses, its children, and do nothing, take evil to another realm. For not only did their inaction do nothing to help those already victimized; it opened the door for thousands, maybe millions more kids to suffer.

Therefore if Sandusky is a monster, what name do we create for the likes of Paterno and the guilty hierarchy of Penn State? If the predator priests are evil, what name do we give those who protected them, harbored them and in fact simply moved them to where new innocents awaited them?

Joe Paterno and Penn State University have harvested the seeds they have sewn. There is more to come and it is likely that some of those in their high command will serve prison time.

Bernard Cardinal Law resigned in disgrace as Boston’s Archbishop in 2002. He was then appointed archpriest of the Basilica di Santa Maria Maggiore in Rome where he served until his retirement last year. Appointed by guess who? You got it, Pope John Paul II.

Oh and as for him, well he is now commonly referred to as John Paul the Great, a name that has been used but four times in Papal history, the last time over 1000 years ago. He has also been beatified. For those of you not in the know, that means he is one step away from being made a saint. A saint!!!

And so it is this day in Fenway Park history, July 25, 2012, the day the real world couldn’t be ignored.

Hello and welcome, my name is Raymond Sinibaldi. An educator for more than two decades, a baseball fan for nearly 60 years, I have authored four books about baseball and her glorious history; with a fifth on the way in late spring of 2015; the first, The Babe in Red Stockings which was co-authored with Kerry Keene and David Hickey. It is a chronicle of Babe's days with the Red Sox. We also penned a screenplay about Babe's Red Sox days so if any of you are Hollywood inclined or would like to represent us in forwarding that effort feel free to contact me through my email. In 2012 we three amigos published Images of Fenway Park in honor of the 100th birthday of Fenway Park. That led to the creation of this blog. The following year, 2013 came my first solo venture, Spring Training in Bradenton and Sarasota. This is a pictorial history of spring training in those two Florida cities. The spring of 2014 brought forth the 1967 Red Sox, The Impossible Dream Season. The title speaks for itself and it also is a pictorial history. Many of the photos in this book were never published before. The spring of 2015 will bring 1975 Red Sox, American League Champions. Another pictorial effort, this will be about the Red Sox championship season of 1975 and the World Series that restored baseball in America. I was fortunate enough to consult with sculptor Franc Talarico on the “Jimmy Fund” statue of Ted Williams which stands outside both Fenway Park and Jet Blue Park Fenway South, in Fort Myers Florida. That story is contained in the near 300 posts which are contained herein. This blog has been dormant for awhile but 2015 will bring it back to life so jump on board, pass the word and feel free to contact me about anything you read or ideas you may have for a topic. Thanks for stopping by, poke around and enjoy. Autographed copies of all my books are available here, simply click on Raymond Sinibaldi and email me.
View all posts by fenwaypark100 →
This entry was posted in Fenway Park Other and tagged Bernard Cardinal Law, Bill James, Fenway Park, Jerry Sandusky, Joe Paterno, Pope John Paul II, Red Sox. Bookmark the permalink.

6 Responses to Paterno, the Pope, Bill James and the Law…..