I mean really! It seems like such a short time ago we were on the precipice of Fenway’s most historic season; filled with excitement as Fenway stood poised to celebrate her 100th birthday!

Who’d a thunk it?

Ya know I started this blog all excited about comparing this Red Sox team with the magnificent team which opened Fenway Park 100 years ago. I’ve written a lot about those guys.

How serendipitous it would have been to bookend the century with two historic seasons. Well we have, only this historic season has me traveling back to those not so thrilling days of yesteryear when the Red Sox stunk! I mean really stunk!

Well he’s in the Hall of Fame but I can assure you it’s not as a manager! He took over the Red Sox for the last two games of 1964 and WON THEM BOTH! Ahhh, but along came 1965 and he piloted the Sox to their last 100 loss season. That’s right boys and girls, they went a stellar 62-100 finishing in ninth place only 40 games behind the Twins.

Now as bad as that team was, they still gave us a little something for which to cheer.

Well believe it or not, after presiding over a 100 loss season, Billy Herman returned in 1966. Yes he did and they actually improved! With 16 games left on the season, they were 64-82 but alas Sir Tom (Yawkey) had seen enough and he said bye-bye Billy. He replaced him with coach Pete Runnels who led them to an 8-8 record the rest of the way. 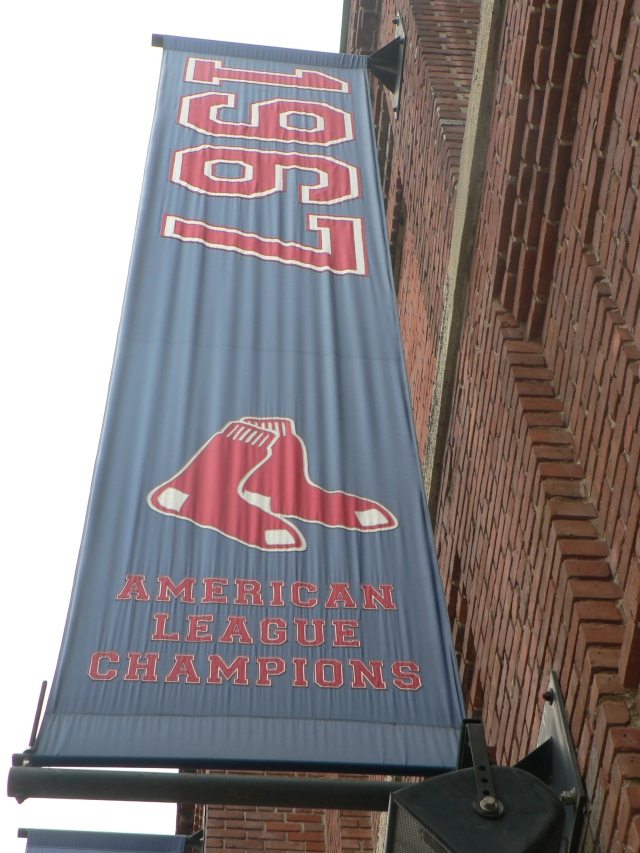 Back to reality. Yesterday the Red Sox lost their seventh game in a row. Yup seven straight! And believe it or not, that’s not the worst part. The worst part is, they’ve been outscored 54-16. Yes you heard right 54-16!!! Actually Oakland’s 20-2 route has the A’s scoring more runs in one eve than the Sox have scored in a week. Yikes!!

The longest losing streak which the 1965 team stumbled through was eight. It took place in June and the Sox were out scored only 40-31 in that stretch of futility. Tonight in Seattle, the 2012 version of the Red Sox will attempt to halt the skid at seven.

This current squad has won 62 games and lost 74 for a blistering .456 winning percentage. There are 26 games to go and if they continue that torrid pace, we can expect them to win 12 of those 26. That will leave them 74-88. That would mean the worst finish since 1992 when this man was at the helm. 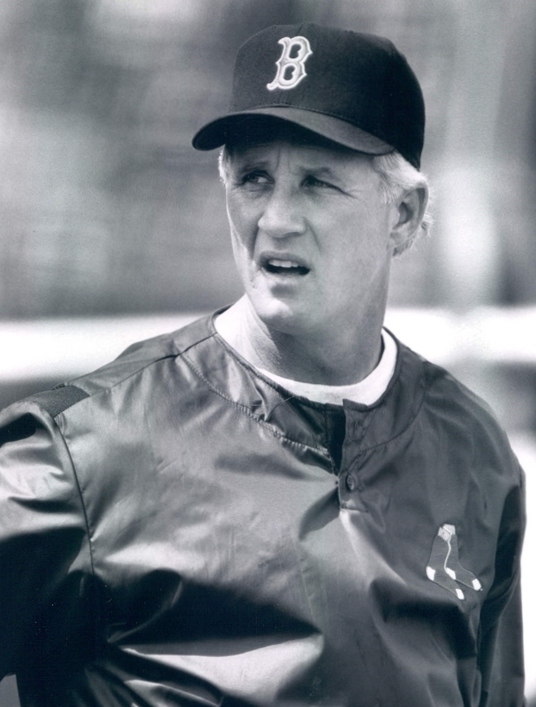 I remember when Hobson was managing the Red Sox, my Dad would often comment how “glazed over” Hobson appeared sitting in the dugout during games. “He’s out of it” Pop would often say. Well Pop was right on the money as we later learned that Hobson was waging his battle with cocaine addiction in the midst of his tenure as Red Sox manager. Thankfully, he won that battle and as usual battles, even victorious ones, come at a terrible cost!

Now getting back to the 2012 version of our boys,  I hate to say this but it could get even worse. How you say? Ponder this. Since August first they have won nine games and lost 22. That translates to a winning percentage of…….Ready???? .344. Should our boys continue at that pace, they will win but nine of the remaining 26 games and that means they will finish with a mark of 71-91. And as to when the last time a Red Sox team was that bad? We must reach all the way back to……You guessed it, 1965 or ’64’ or ’66, take your pick!

Tom and John and Larry are in Seattle. John has stated that he has come to have breakfast with Caesar, uh Bobby not to bury him. However there is a rumor that throughout the night Bobby kept hearing an incessant thumping in the room above him.

It was shoes dropping!

Hello and welcome, my name is Raymond Sinibaldi. An educator for more than two decades, a baseball fan for nearly 60 years, I have authored four books about baseball and her glorious history; with a fifth on the way in late spring of 2015; the first, The Babe in Red Stockings which was co-authored with Kerry Keene and David Hickey. It is a chronicle of Babe's days with the Red Sox. We also penned a screenplay about Babe's Red Sox days so if any of you are Hollywood inclined or would like to represent us in forwarding that effort feel free to contact me through my email. In 2012 we three amigos published Images of Fenway Park in honor of the 100th birthday of Fenway Park. That led to the creation of this blog. The following year, 2013 came my first solo venture, Spring Training in Bradenton and Sarasota. This is a pictorial history of spring training in those two Florida cities. The spring of 2014 brought forth the 1967 Red Sox, The Impossible Dream Season. The title speaks for itself and it also is a pictorial history. Many of the photos in this book were never published before. The spring of 2015 will bring 1975 Red Sox, American League Champions. Another pictorial effort, this will be about the Red Sox championship season of 1975 and the World Series that restored baseball in America. I was fortunate enough to consult with sculptor Franc Talarico on the “Jimmy Fund” statue of Ted Williams which stands outside both Fenway Park and Jet Blue Park Fenway South, in Fort Myers Florida. That story is contained in the near 300 posts which are contained herein. This blog has been dormant for awhile but 2015 will bring it back to life so jump on board, pass the word and feel free to contact me about anything you read or ideas you may have for a topic. Thanks for stopping by, poke around and enjoy. Autographed copies of all my books are available here, simply click on Raymond Sinibaldi and email me.
View all posts by fenwaypark100 →
This entry was posted in Fenway Park Baseball and tagged Billy Herman, Bobby Valentine, Butch Hobson, Carl Yastrzemski, Fenway Park, Red Sox, Tony Conigliaro. Bookmark the permalink.