Happy Holidays to one and all. I want to thank everyone who stopped by the Hanover Mall, in Hanover Mass. this past weekend making our signing a huge success.

Each new experience opens up so many doors and this was no exception. The people we met, the stories we heard and the Christmas Spirit was omnipresent. Many people, young and old, chose to give Fenway Park for Christmas. 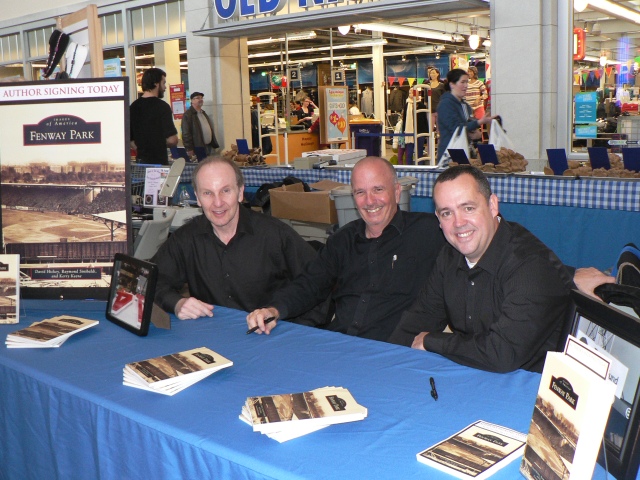 Always interested in learning about the first time folks visited Fenway Park, Kerry asked an elderly gent as he was making his way past our table. The octogenarian paused and took a few steps toward us. “It was 1943” he said and Kerry and I prepared to hear a story about Fenway during the war years. “Yup, I was five years old and was never so bored in my whole life…..Never went back.” And then he was off on his way.

I met several folks who shared with me the October day in 1967 when the Sox clinched the pennant on the last day of the season.

And a few more who were there the night Carlton Fisk’s blast led to organist John Kiley’s blast of the Hallelujah Chorus!

And a few were reminiscing about Yaz’s goodbye weekend in 1983.

Yet, the highlight of the weekend came at the end. It was about 8 PM on Sunday and the crowd had thinned. The only thing keeping us there was the fact that movement was required to leave. Tired after three straight days on the go, a group of four young ladies approached our table. They were middle school kids and they said to us, “can we give you money?” What? They were so cute, they were DONE with Christmas shopping and they wanted to donate the rest of their money!

We guided them to the Marine’s and Toys for Tots and with that they, as well as us, went on our merry way. 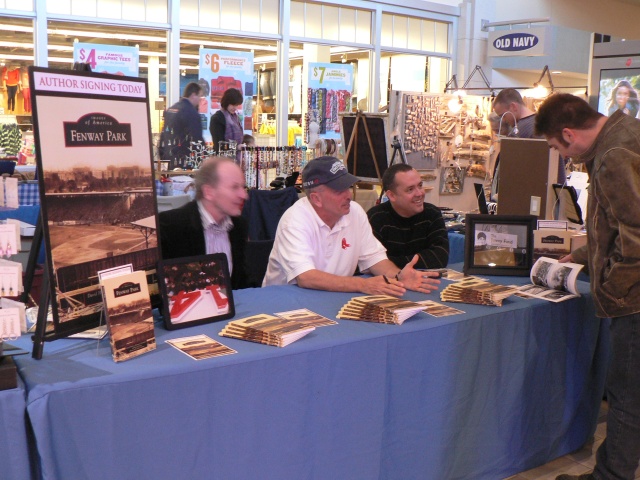