This morning I repost last years story about this special day, in honor of the innocents lost, the wounded and in memory of a simpler time….. 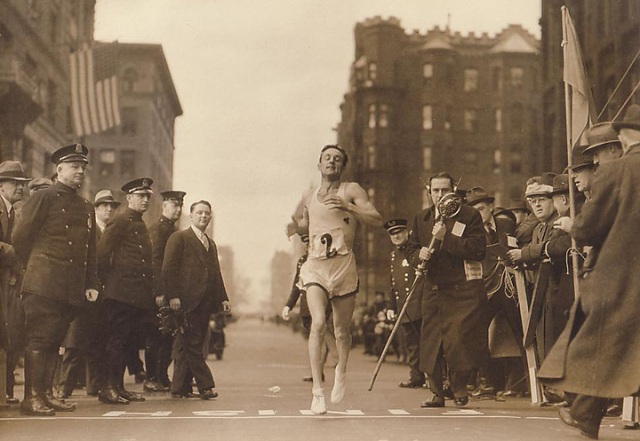 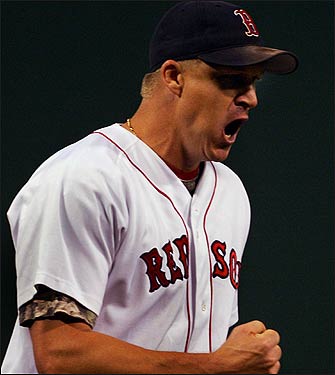 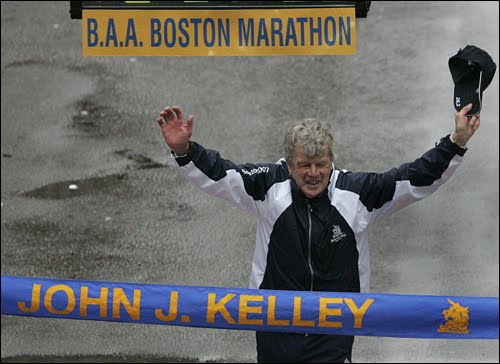 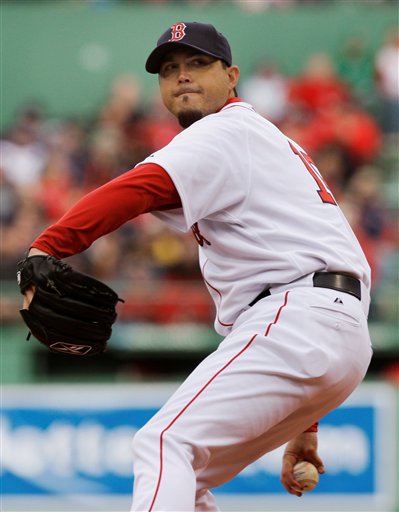 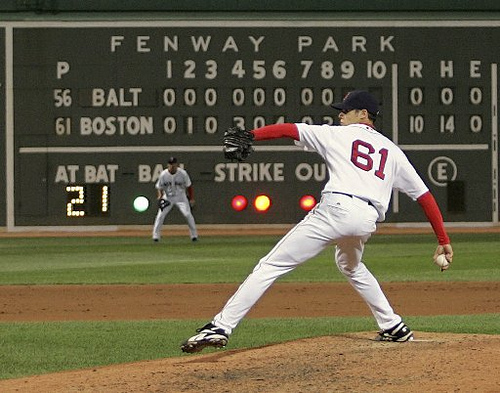 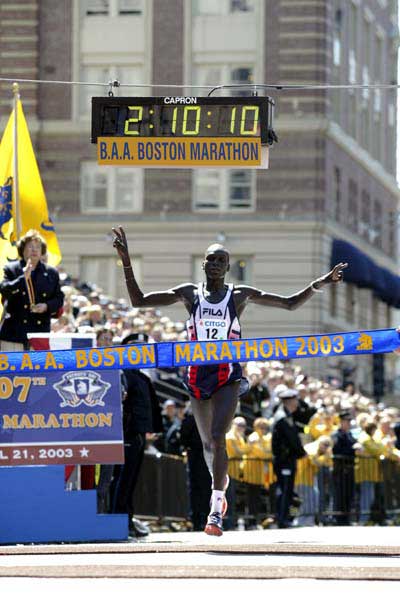 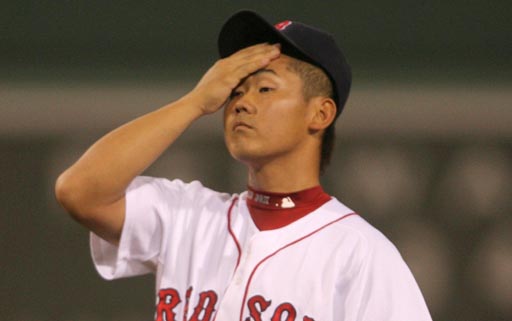 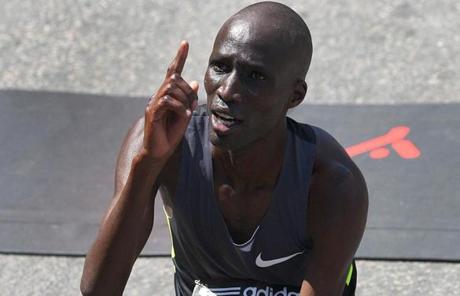 all have in common? It’s simple really, they all won on Marathon Day!

The Boston Marathon ran its first race in 1897 and yesterday marked the 54th year in a row that the Red Sox played at Fenway Park on the same day the race was run; and it was the 44th time that the game started at 11 AM.

You see Marathon Day also happens to be Patriots Day. That day is big doings in Boston for it is the day that marks the Battle of Lexington and Concord.

Perhaps you have heard of it? If not, it took place on a green a bit northwest of Boston on April 19, 1775 and it began a small event that had a slight impact on history. I think it was called the American Revolution or something like that. But I digress.

Patriots Day is a holiday in the state of Massachusetts and until 1969 it was celebrated, strange as it may seem, on April 19th. In 1969 a law was passed that now celebrates the day on the third Monday in April every year giving the residents of Massachusetts a three-day weekend.

It is a day steeped in tradition and since 1969 that tradition has included the Red Sox playing at Fenway Park in a game that starts at 11:00 AM. I’m sure you are wondering why 11 AM, a lot of visiting players probably wonder why too.

The Boston Marathon started in Hopkinton Massachusetts at noon and ended in Kenmore Square, 26 miles away, hence a marathon. 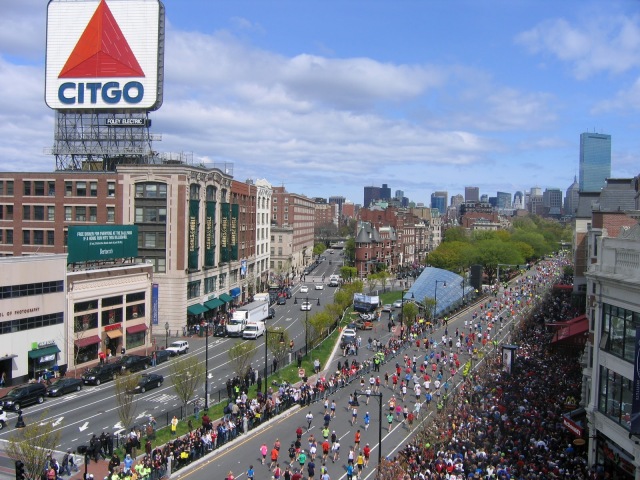 Fenway Park is in Kenmore Square and back in the day the Marathon winning times were in the two-hour 15 to 20 minute range so they would be hitting the finish line at between 2:15 and 2:25. Well also back in the day, a baseball game that lasted three hours was a very long game however even if the game was also a marathon, it would end at right around two PM affording the Fenway Park patrons time to spill out of Fenway, walk down the hill over the Brookline Avenue bridge and watch the winner hit the finish line. Pretty good plan don’t cha think?

A while back the finish line was moved a mile up the road to the Prudential Center in Copley Square, baseball games got longer and longer and the Fenway Patrons could, if timing were right, catch a glimpse of the leaders with a mile to go. In 2005 it all changed and now there are varying starting times for various groups of participants and the Fenway patrons have zero chance of seeing the leaders unless they leave the game in the third inning or so.

Yesterday the Tampa Bay Rays beat the Red Sox 1-0 in a great duel of pitchers between Daniel Bard and James Shields. The game took three hours and eight minutes, perfect for the back in the day time to see the Marathon come through. 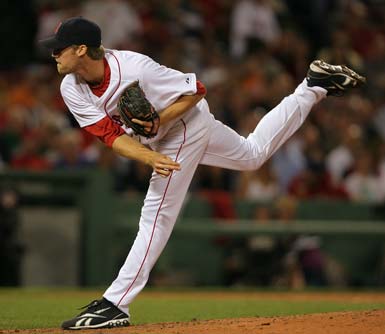 Daniel Bard threw eight straight balls in the 7th inning yesterday, four of them to Rays third baseman Evan Longoria accounting for the games only run.

The Red Sox are now 4-6 in fifth place in the AL East, two games behind the division leading Baltimore Orioles.

On April 16th 1912, they defeated the Philadelphia Athletics 9-2 at Shibe Park. They were 4-1 and in first place by 1/2 game and they headed home to open their new ball park which was slated for April 18th. Oh and on Marathon Day, Patriots Day 1912, a young man named Mike Ryan, had himself quite a day! 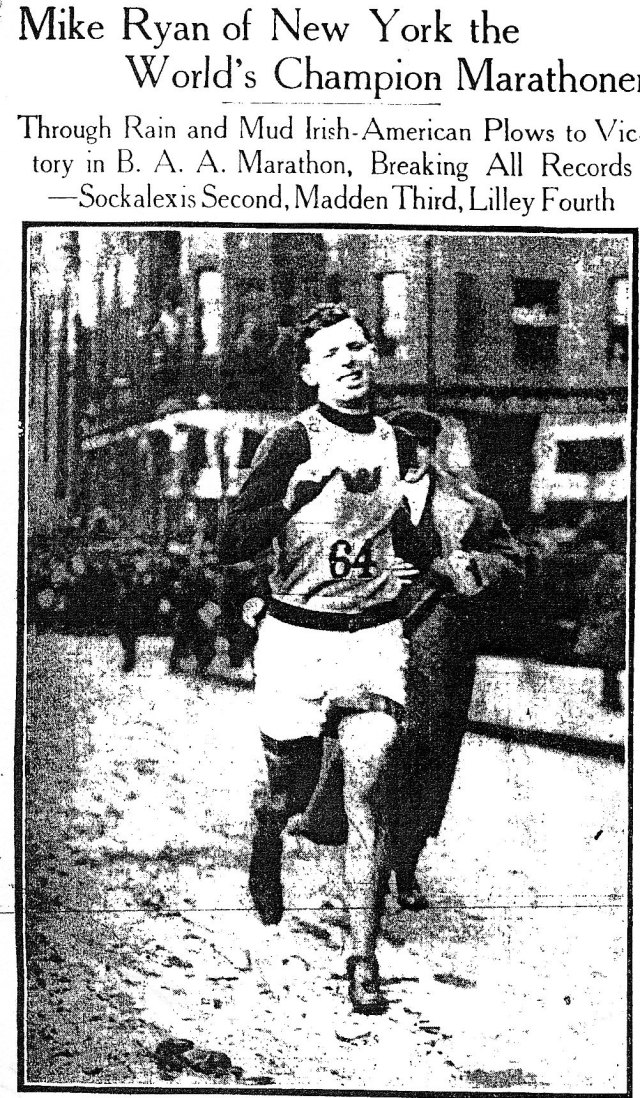 And so it is and so it was at this time in Fenway Park history, Patriots Day.

Hello and welcome, my name is Raymond Sinibaldi. An educator for more than two decades, a baseball fan for nearly 60 years, I have authored four books about baseball and her glorious history; with a fifth on the way in late spring of 2015; the first, The Babe in Red Stockings which was co-authored with Kerry Keene and David Hickey. It is a chronicle of Babe's days with the Red Sox. We also penned a screenplay about Babe's Red Sox days so if any of you are Hollywood inclined or would like to represent us in forwarding that effort feel free to contact me through my email. In 2012 we three amigos published Images of Fenway Park in honor of the 100th birthday of Fenway Park. That led to the creation of this blog. The following year, 2013 came my first solo venture, Spring Training in Bradenton and Sarasota. This is a pictorial history of spring training in those two Florida cities. The spring of 2014 brought forth the 1967 Red Sox, The Impossible Dream Season. The title speaks for itself and it also is a pictorial history. Many of the photos in this book were never published before. The spring of 2015 will bring 1975 Red Sox, American League Champions. Another pictorial effort, this will be about the Red Sox championship season of 1975 and the World Series that restored baseball in America. I was fortunate enough to consult with sculptor Franc Talarico on the “Jimmy Fund” statue of Ted Williams which stands outside both Fenway Park and Jet Blue Park Fenway South, in Fort Myers Florida. That story is contained in the near 300 posts which are contained herein. This blog has been dormant for awhile but 2015 will bring it back to life so jump on board, pass the word and feel free to contact me about anything you read or ideas you may have for a topic. Thanks for stopping by, poke around and enjoy. Autographed copies of all my books are available here, simply click on Raymond Sinibaldi and email me.
View all posts by fenwaypark100 →
This entry was posted in Fenway Park Baseball, Fenway Park Other and tagged Bill Rogers, Boston Bombing, Boston Marathon, Copley Square, Fenway Park, Johnny Kelley the Elder, Johnny Kelley the Younger, Kenmore Square, Patriots Day. Bookmark the permalink.