On Thursday last I sat in Camden Yards with my son and watched the Texas Rangers battle the Orioles. We watched most of the game from third row seats just beyond third base. We then walked around a bit to capture the experience of the game from various places throughout the park.

It was a scoreless game and as I watched from this vantage point I was once again struck with the perfection which permeates this game that I so love.

Perfection is defined as; “the condition, state, or quality of being free or as free as possible from all flaws or defects…….Flawlessness.” And there are manifestations of perfection in and throughout the game of baseball. Where are they?

Let’s start with the 90 foot distance between bases. Next time you watch a game, take note of the ground ball outs to the infield. You will notice this; a big league player running as fast as he can after hitting a ground ball to an infielder will be thrown out by just about a step virtually every time. That is of course if and only if, the infielder fields the ball, flawlessly, throws the ball flawlessly, the first baseman (or playing covering first) is flawless in his receiving of the throw and the umpire is flawless in making the call.

The next time you watch, contemplate how different the game would be if the bases were 85 or 95 feet apart or for that matter even 89 or 91 feet apart.

Armando Gallarraga (ball in glove) fields a throw covering first. Three of the four flawless components were executed on this particular play. Guess which one was not. 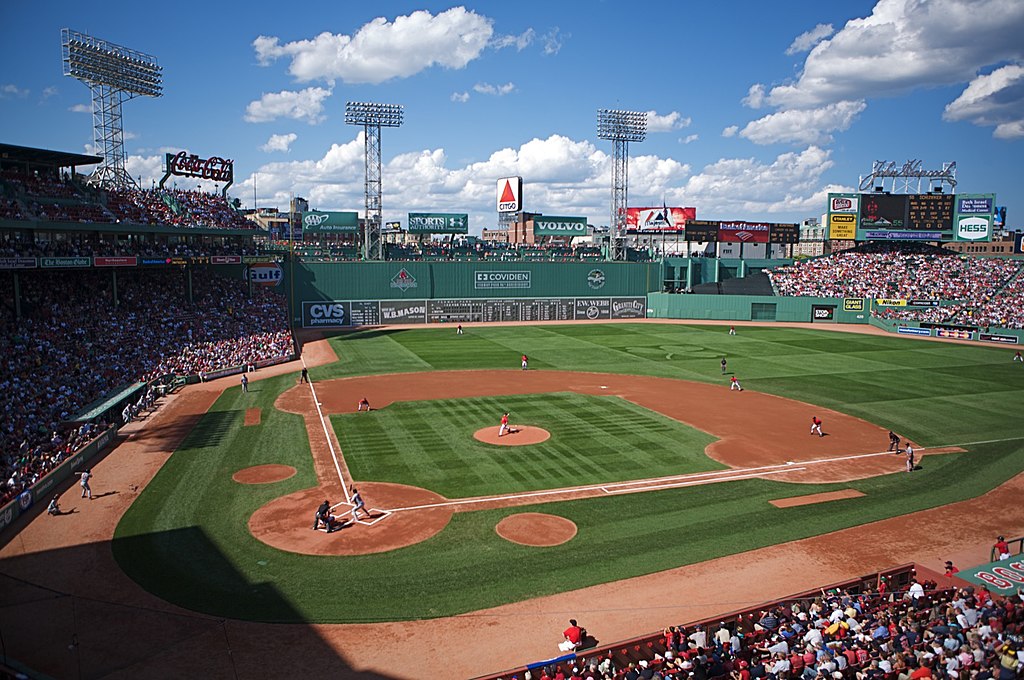 As you watch the outfielders position themselves, take note of the distance between them and indeed how much ground those three guys cover. A batted ball must be perfectly placed in the proverbial gaps to elude them.

And that can and will only happen by a ball that is perfectly struck or “barreled up” as they say in baseball parlance. Balls that are not “squared up”, another term for perfectly struck, will simply not get into those gaps between the outfielders. The difference of fractions of inches where the ball meets the bat is the difference between a viciously hit line drive and a pop-up. 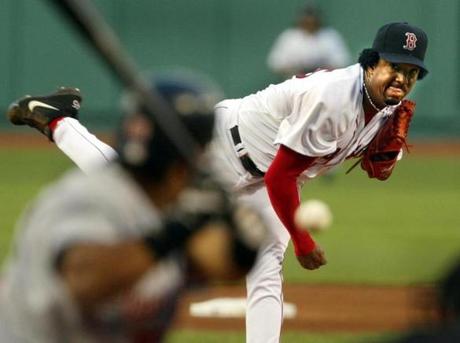 How many times throughout the course of the game is a pitcher called upon to execute the perfect pitch? The ball that he puts right where he wants inducing, the rolled over ground ball, the pop-up or that swing and miss. The battle between pitcher and batter is the ultimate chess match and is at its best in a low scoring game in which every time a batter reaches base, the game is in the balance! Each pitch is the constant pursuit of perfection.

Serenity is defined as “the state of being calm, peaceful and untroubled.”

One might think that serenity and the sweet perfection of baseball are incompatible incongruities that could not possibly co-exist let alone have one give birth to the other. The definition suggests that serenity is an inner journey coming to fruition from self reflection and evaluation; reached through hours of meditation, and all those self help exercises designed to calm the vexed spirit  All may well be true but I recommend giving a shot at simply immersing oneself in the sweet perfection of America’s Pastime.

Or you could consider this….

There is sweet perfection in the birth of the day. It is a veritable symphony of life.

Giving rise to a new day…..

And in its serenity gives birth to that new day which brings new hope…..

Born of the simple complexity of life…..

And in the midst of our flawed existence we set about, seeking that ever elusive, sweet perfection and often elusive serenity.

Tonight, in a “lyric  little bandbox” in Boston’s Back Bay, one sweet perfection will descend upon another.

And in the doing will bring a serenity to those open and willing.

Which may be more than we could imagine which is perhaps why, as recently as three years ago, the total attendance of Major League Baseball games was more than, football, basketball, soccer and hockey games COMBINED!

Seeking serenity through sweet perfection, and in it…hope!

I’m not sure which activity produces more serenity because the attendance stats on sunrises and sunsets were unavailable at press time.

Oh and speaking of new days, the Red Sox enter tonight’s game winners of seven of their last 10 contests, the only AL East team above .500 in their last 10 games. And they are coming off a great win Sunday.

Hanley Ramirez “golfs” a two run homer which was the difference in the Red Sox 5-4 win Sunday against Houston.

Does that mean, could it be, have they turned that proverbial corner?

Hello and welcome, my name is Raymond Sinibaldi. An educator for more than two decades, a baseball fan for nearly 60 years, I have authored four books about baseball and her glorious history; with a fifth on the way in late spring of 2015; the first, The Babe in Red Stockings which was co-authored with Kerry Keene and David Hickey. It is a chronicle of Babe's days with the Red Sox. We also penned a screenplay about Babe's Red Sox days so if any of you are Hollywood inclined or would like to represent us in forwarding that effort feel free to contact me through my email. In 2012 we three amigos published Images of Fenway Park in honor of the 100th birthday of Fenway Park. That led to the creation of this blog. The following year, 2013 came my first solo venture, Spring Training in Bradenton and Sarasota. This is a pictorial history of spring training in those two Florida cities. The spring of 2014 brought forth the 1967 Red Sox, The Impossible Dream Season. The title speaks for itself and it also is a pictorial history. Many of the photos in this book were never published before. The spring of 2015 will bring 1975 Red Sox, American League Champions. Another pictorial effort, this will be about the Red Sox championship season of 1975 and the World Series that restored baseball in America. I was fortunate enough to consult with sculptor Franc Talarico on the “Jimmy Fund” statue of Ted Williams which stands outside both Fenway Park and Jet Blue Park Fenway South, in Fort Myers Florida. That story is contained in the near 300 posts which are contained herein. This blog has been dormant for awhile but 2015 will bring it back to life so jump on board, pass the word and feel free to contact me about anything you read or ideas you may have for a topic. Thanks for stopping by, poke around and enjoy. Autographed copies of all my books are available here, simply click on Raymond Sinibaldi and email me.
View all posts by fenwaypark100 →
This entry was posted in Baseball and Life, Fenway Park Baseball, Fenway Park Other and tagged America's Pastime, Armando Gallarraga, Business Insider, Fenway Park, Jim Joyce, Pedro, Perfection, Serenity. Bookmark the permalink.