One of the great things about living in Florida is that as February begins, we are now entering our third week of baseball season. In one more week the real games will begin! Nothing much better than the fact that high school baseball in Florida is actually a “winter” sport. Well, technically they call it a spring sport but in reality two of the four months it is played take place while our northern friends are shivering and shoveling.

It is an exciting time for prep baseball and that includes the troops at Venice High. There are few things more gratifying than working with a group of young men who are dedicated, committed and passionate about their lives and baseball, the game they play, the greatest of games.

The past couple of weeks as the Indians are preparing for their 2016 season, we have been visited by a few alumni.

Nick Longhi, a 2013 graduate and a member of the ’12’ and ’13’ State Championship teams, is back, working out and lending a hand hitting fungoes and working in the outfield. This year he is slated to play at the Red Sox high ‘A’ affiliate in Salem Virginia. 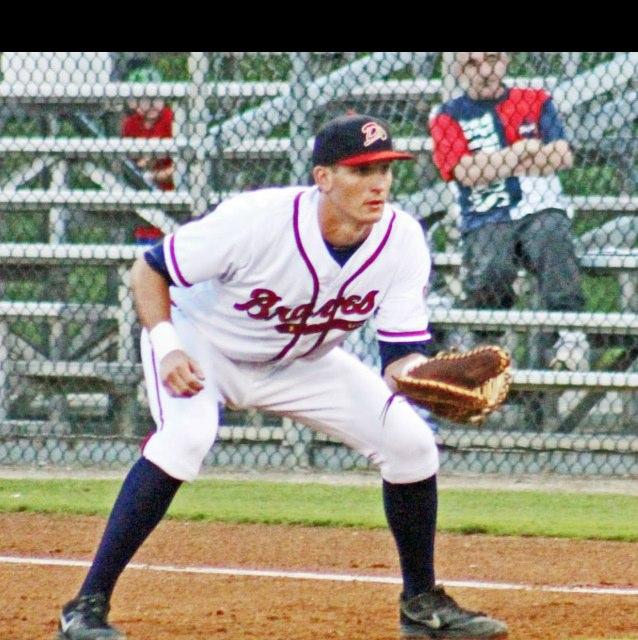 Matt Tellor, a 2011 Venice graduate played at Southeast Missouri State and in 2014 was a 10th round pick of the Atlanta Braves. He played last year in Rome in the South Atlantic League. He’s been working out and with the young Indians at first base.

Aaron Rhodes, another 2011 grad, went on to Florida, an SEC championship and a visit to the College World Series. Drafted by the Angels last June, he spent the summer in Utah with the Orem Owls. He has been at the field throwing and giving tips to members of the Indian mound crew.

It is gratifying to watch these young men, pursuing their dream, returning to their roots. They return to work, they return to stay sharp and they return to give back. It is serendipitous that this particular year we have these guys in our camp. For as I watched them this week I was struck by what it means to these guys to be part of the Venice Indian program. It is a powerful statement to today’s Indians to see the pride that these professional players carry in their Venice Indian heritage.

The serendipity lay in the fact that as Faulkner begins another year of team building, motivating and teaching, he does so having just penned a book, his first. It is a book that he actually began about 30 years ago when he played for one of college baseball’s greatest motivator, “Skip” Bertman.

As many of you are aware, this is a self publishing effort and as of this morning we are halfway to the goal. So this morning, is a peek at the book; a favorite story on building a team.

HOLD THE ROPE-EVERYONE IS IMPORTANT

This is a story of team unity which can only come from trust and can be used at any time during the season or before.

This story can either be used just before the season starts or before a game where it becomes applicable; preferably early in the season. A rope should be used as a visual aid can be effective in the telling of this story and all it should be held in front of the group or dangled over a desk.

After presenting the rope you choose a player and ask this question; “If you were dangling off the end of a cliff and holding on to this rope, which player on this team would you choose to have holding the other end?” You add the caveat, “Remember you must choose someone who you know would not ever let you go; no matter how tired they got or how much pain they had to endure.”

It is most likely that they will choose the biggest and strongest kid on the team. They will also probably take some time looking about as they decide whom they would choose. It does not really matter who they choose because your response will always be the same. “Men when you do not hesitate in your response to that question and you can simply and unequivocally state;” It does not matter who holds the rope as long as it is one of my teammates, I don’t care who it is, I know none of them will let me fall.” It is then and only then that we will be where we need to be as a unit, as a team.

We earn it, one from each other, by putting the needs of the team ahead of all else. We earn it with an attitude that says simply, what can I do to make US BETTER? Gentlemen we are a family and from this day forward we will treat each other as such both on and off the field.

So thanks to all who have got behind this project and if you have not seen this yet, take two minutes to hear Coach Faulkner tell this story and if you are so motivated, click on the K in the upper left hand corner and climb on board.

And so it is on this day, February 3, 2016, the precipice of another year of BASEBALL, the GREATEST of GAMES.

Hello and welcome, my name is Raymond Sinibaldi. An educator for more than two decades, a baseball fan for nearly 60 years, I have authored four books about baseball and her glorious history; with a fifth on the way in late spring of 2015; the first, The Babe in Red Stockings which was co-authored with Kerry Keene and David Hickey. It is a chronicle of Babe's days with the Red Sox. We also penned a screenplay about Babe's Red Sox days so if any of you are Hollywood inclined or would like to represent us in forwarding that effort feel free to contact me through my email. In 2012 we three amigos published Images of Fenway Park in honor of the 100th birthday of Fenway Park. That led to the creation of this blog. The following year, 2013 came my first solo venture, Spring Training in Bradenton and Sarasota. This is a pictorial history of spring training in those two Florida cities. The spring of 2014 brought forth the 1967 Red Sox, The Impossible Dream Season. The title speaks for itself and it also is a pictorial history. Many of the photos in this book were never published before. The spring of 2015 will bring 1975 Red Sox, American League Champions. Another pictorial effort, this will be about the Red Sox championship season of 1975 and the World Series that restored baseball in America. I was fortunate enough to consult with sculptor Franc Talarico on the “Jimmy Fund” statue of Ted Williams which stands outside both Fenway Park and Jet Blue Park Fenway South, in Fort Myers Florida. That story is contained in the near 300 posts which are contained herein. This blog has been dormant for awhile but 2015 will bring it back to life so jump on board, pass the word and feel free to contact me about anything you read or ideas you may have for a topic. Thanks for stopping by, poke around and enjoy. Autographed copies of all my books are available here, simply click on Raymond Sinibaldi and email me.
View all posts by fenwaypark100 →
This entry was posted in Baseball and Life, Fenway Park Other and tagged Aaron Rhodes, Angels Draft Pick, Atlanta Braves Draft Pick, Boston Red Sox Draft Pick, Craig Faulkner, Hold the Rope, Kickstarter, Matt Tellor, Motivational Stories, Nick Longhi, Skip Bertman, Venice High School Baseball. Bookmark the permalink.

2 Responses to Hold the Rope…..