We stand on the threshold of yet another year and before 2011 slipped away, I decided to make a visit to one of my lifes true loves!

I took my camera to check in on the old girl and see how she was doing. Afterall she is about to celebrate her 100th birthday you know. There was a bite in the morning air and the sky was that ominous gray that is Boston winter. The wind nibbled at my face but all about me I could hear the whispers of spring.

I could hear its whisper in the voice of the woman from Australia who saw me taking photos on Yawkey Way and paused, shot a few of her own and said simply, “Isn’t this cool?”

I could hear it in the memory of a drizzly October morn of nearly a decade ago when I gathered with my daughter and 3,000,000 others on the streets outside of Fenway; to say thank you to a band of self-proclaimed “idiots” who brought a joy which reverberated down from and through the ages. 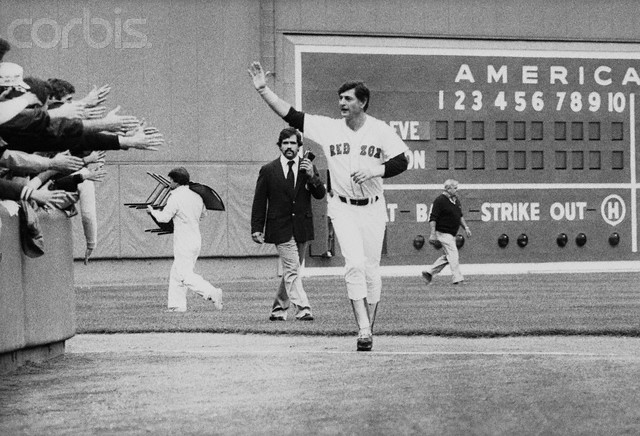 I heard it through the wind in a tear filled voice of a 43-year-old man they call “Yaz” who poured his heart out to the Fenway Faithful when he said goodbye in the same manner he had poured his heart on to the field everyday for 23 years. 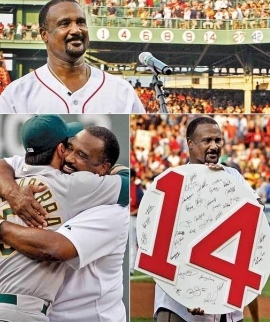 I heard it past the limbs, creaking in the bluster, in the grateful expressions of a giant of a man who watched his number unveiled allowing Jim Rice to take his place among the immortals. 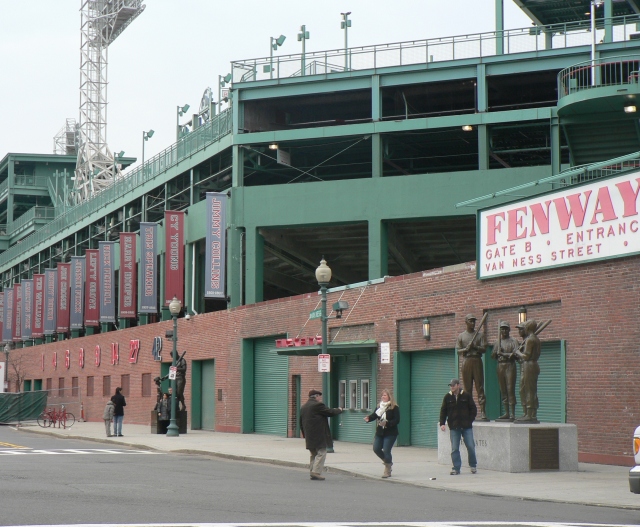 I heard it in the voices of the families from Montreal, Tallahassee, Italy and the couple from Amsterdam who all came to Fenway in the dead of winter and took photos of and with Ted Williams, his teammates and the kid from the Jimmy Fund.

And above all I heard it in the echo of my heart and a cacophony of memories of the most enchanting of years when I went with my father to Fenway and watched our Impossible Dream Red Sox capture the American League pennant on the seasons last day! Ah, 1967 truly the most magical, the most mystical the most wonderful year of them all! And I am forevermore amazed at all that year has given me.

Tomorrow I will board a plane and return to the land of sun and sand leaving behind the promise of Spring. On this, the most bittersweet day of the year, I wish for each of you the hope that is that promise.

Hello and welcome, my name is Raymond Sinibaldi. An educator for more than two decades, a baseball fan for nearly 60 years, I have authored four books about baseball and her glorious history; with a fifth on the way in late spring of 2015; the first, The Babe in Red Stockings which was co-authored with Kerry Keene and David Hickey. It is a chronicle of Babe's days with the Red Sox. We also penned a screenplay about Babe's Red Sox days so if any of you are Hollywood inclined or would like to represent us in forwarding that effort feel free to contact me through my email. In 2012 we three amigos published Images of Fenway Park in honor of the 100th birthday of Fenway Park. That led to the creation of this blog. The following year, 2013 came my first solo venture, Spring Training in Bradenton and Sarasota. This is a pictorial history of spring training in those two Florida cities. The spring of 2014 brought forth the 1967 Red Sox, The Impossible Dream Season. The title speaks for itself and it also is a pictorial history. Many of the photos in this book were never published before. The spring of 2015 will bring 1975 Red Sox, American League Champions. Another pictorial effort, this will be about the Red Sox championship season of 1975 and the World Series that restored baseball in America. I was fortunate enough to consult with sculptor Franc Talarico on the “Jimmy Fund” statue of Ted Williams which stands outside both Fenway Park and Jet Blue Park Fenway South, in Fort Myers Florida. That story is contained in the near 300 posts which are contained herein. This blog has been dormant for awhile but 2015 will bring it back to life so jump on board, pass the word and feel free to contact me about anything you read or ideas you may have for a topic. Thanks for stopping by, poke around and enjoy. Autographed copies of all my books are available here, simply click on Raymond Sinibaldi and email me.
View all posts by fenwaypark100 →
This entry was posted in Fenway Park Baseball, Fenway Park Other and tagged !967, Fenway Park, Jim Rice, Ted Williams Statue, Yaz. Bookmark the permalink.