“I made no resolutions for the New Year. The habit of making plans, of criticizing, sanctioning and molding my life, is too much of a daily event for me.” ~Anaïs Nin 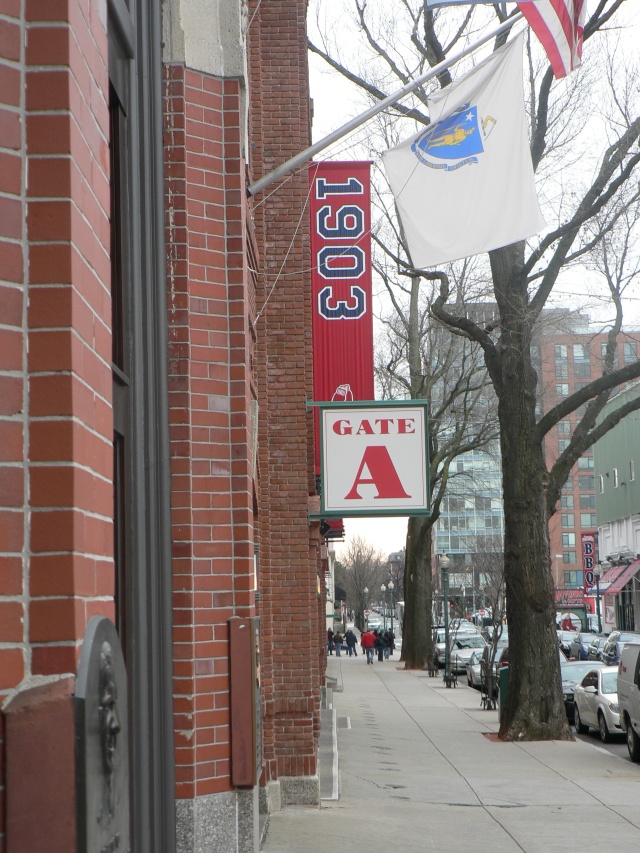 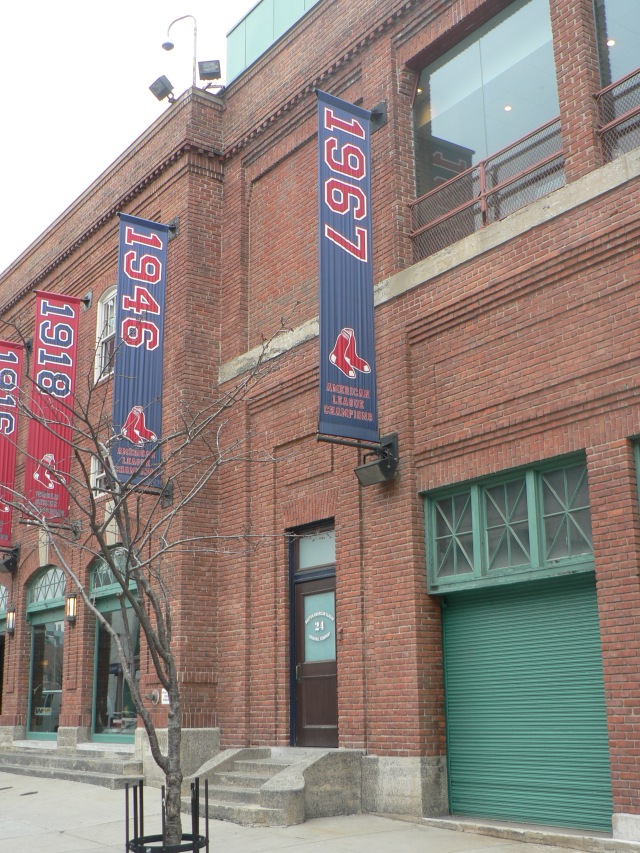 The old entrance to the business office when Yawkey Way was Jersey Street. 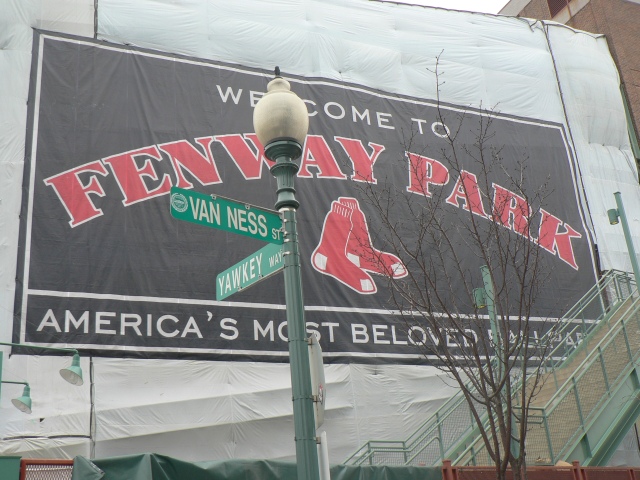 The backdrop to the players parking lot on the corner of, well, you figure it out. 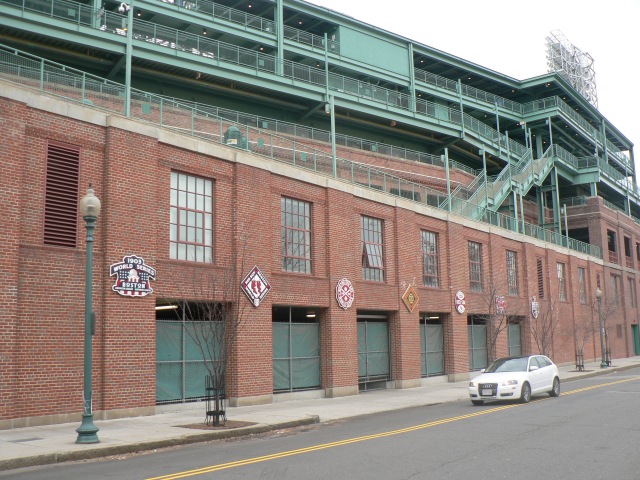 The east end of Van Ness Street the numbers are the retired numbers which also occupy the right field facade inside the ball park. They are 1 (Bobby Doerr), 4 (Joe Cronin), 6 (Johnny Pesky), 8 (Carl Yastrzemski), 9 (Ted Williams), 14 (Jim Rice), 27 (Carlton Fisk) and the blue 42 (Brooklyn Dodger Jackie Robinson his number is retired in perpetuity throughout all of major league baseball.)

Landsdowne Street from far behind the centerfield bleachers. 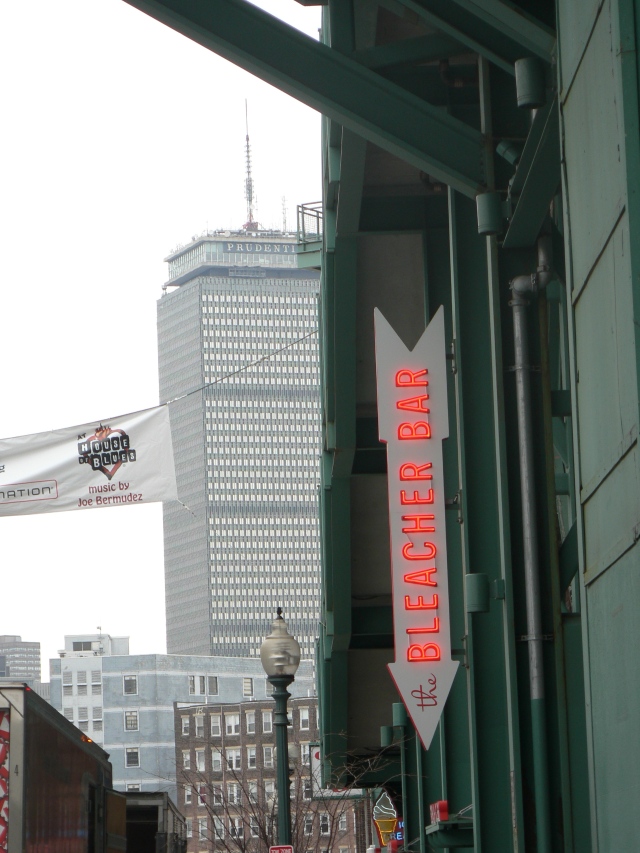 Landsdowne Street from under the Green Monstah seats! “The Pru” stands guard.

The original brick on Yawkey Way!

She will turn a century this year, 100 years old and she is more beautiful than ever. Now I understand what the poet meant when he said true beauty never fades but grows even more beautiful through time!

Happy New Year to one and all and may each day be a “planning, a sanctioning, a molding” of your life.

Hello and welcome, my name is Raymond Sinibaldi. An educator for more than two decades, a baseball fan for nearly 60 years, I have authored four books about baseball and her glorious history; with a fifth on the way in late spring of 2015; the first, The Babe in Red Stockings which was co-authored with Kerry Keene and David Hickey. It is a chronicle of Babe's days with the Red Sox. We also penned a screenplay about Babe's Red Sox days so if any of you are Hollywood inclined or would like to represent us in forwarding that effort feel free to contact me through my email. In 2012 we three amigos published Images of Fenway Park in honor of the 100th birthday of Fenway Park. That led to the creation of this blog. The following year, 2013 came my first solo venture, Spring Training in Bradenton and Sarasota. This is a pictorial history of spring training in those two Florida cities. The spring of 2014 brought forth the 1967 Red Sox, The Impossible Dream Season. The title speaks for itself and it also is a pictorial history. Many of the photos in this book were never published before. The spring of 2015 will bring 1975 Red Sox, American League Champions. Another pictorial effort, this will be about the Red Sox championship season of 1975 and the World Series that restored baseball in America. I was fortunate enough to consult with sculptor Franc Talarico on the “Jimmy Fund” statue of Ted Williams which stands outside both Fenway Park and Jet Blue Park Fenway South, in Fort Myers Florida. That story is contained in the near 300 posts which are contained herein. This blog has been dormant for awhile but 2015 will bring it back to life so jump on board, pass the word and feel free to contact me about anything you read or ideas you may have for a topic. Thanks for stopping by, poke around and enjoy. Autographed copies of all my books are available here, simply click on Raymond Sinibaldi and email me.
View all posts by fenwaypark100 →
This entry was posted in Fenway Park Other and tagged 1912, 2012, Fenway Park, Happy New Year. Bookmark the permalink.