” It was the greatest comeback ever.” Rico Petrocelli

The 1970 season dawned with much promise and a few changes. The Red Sox outfield of Yaz, Reggie Smith and Tony C. once the best young outfield in the game, would see a change. 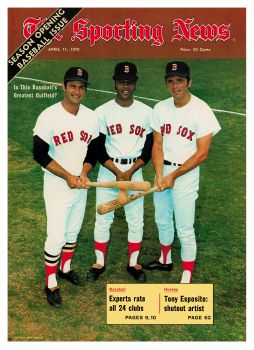 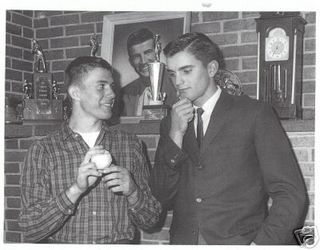 You can imagine the excitement in the Conigliaro household with two brothers playing for the home town team. Billy performed admirably, playing the bulk of his games in left field. He saw action in center and right as well; while Tony had the best year of his career. 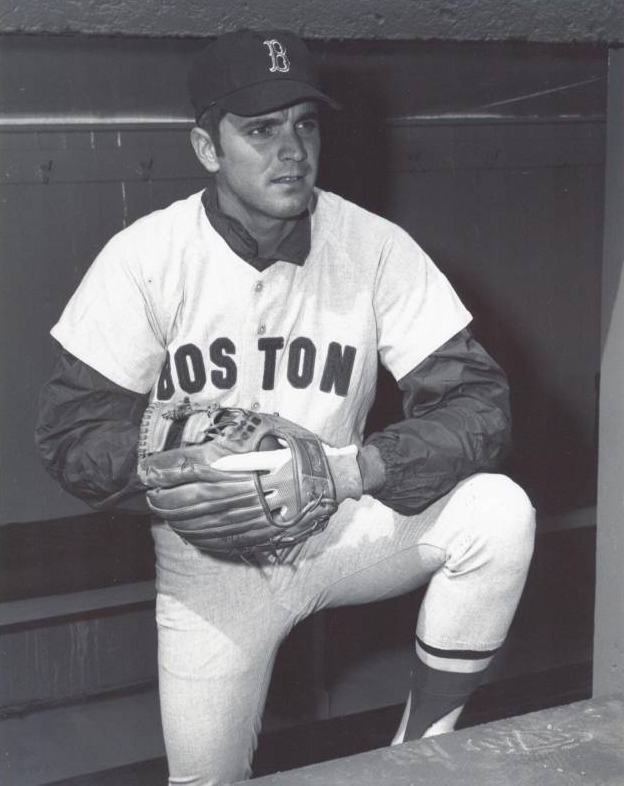 He had his career highs in home runs and RBI hitting 36 dingers and leading the team with 116 RBI, good enough for second in the American League. Yet things were not quite as they seemed. Tony was still struggling to see the baseball. Later he would say that he couldn’t pick up the spin of the ball until it was almost upon him. When you think about that it adds to the accomplishments of his 1970 season. As a result of the constant strain of simply following the baseball, he was plagued by head aches throughout the year. A fact he kept from anyone and everyone. 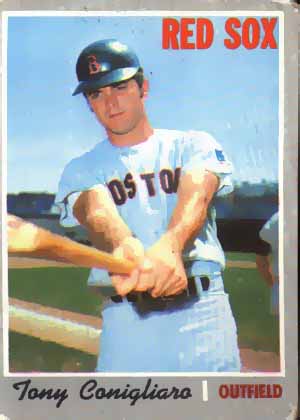 Perhaps sensing things were not quite right or simply capitalizing on Conig’s best year, the Red Sox shocked the baseball world when they traded Tony C. to the California Angels during the 1970 World Series. Conigliaro was stunned and the fans were outraged. However, for Red Sox General Manager Dick O’Connell it proved an adroit baseball move.

As hard as it was to believe, Tony Conigliaro was bound for Southern California to wear the uniform of the Angels!

Hello and welcome, my name is Raymond Sinibaldi. An educator for more than two decades, a baseball fan for nearly 60 years, I have authored four books about baseball and her glorious history; with a fifth on the way in late spring of 2015; the first, The Babe in Red Stockings which was co-authored with Kerry Keene and David Hickey. It is a chronicle of Babe's days with the Red Sox. We also penned a screenplay about Babe's Red Sox days so if any of you are Hollywood inclined or would like to represent us in forwarding that effort feel free to contact me through my email. In 2012 we three amigos published Images of Fenway Park in honor of the 100th birthday of Fenway Park. That led to the creation of this blog. The following year, 2013 came my first solo venture, Spring Training in Bradenton and Sarasota. This is a pictorial history of spring training in those two Florida cities. The spring of 2014 brought forth the 1967 Red Sox, The Impossible Dream Season. The title speaks for itself and it also is a pictorial history. Many of the photos in this book were never published before. The spring of 2015 will bring 1975 Red Sox, American League Champions. Another pictorial effort, this will be about the Red Sox championship season of 1975 and the World Series that restored baseball in America. I was fortunate enough to consult with sculptor Franc Talarico on the “Jimmy Fund” statue of Ted Williams which stands outside both Fenway Park and Jet Blue Park Fenway South, in Fort Myers Florida. That story is contained in the near 300 posts which are contained herein. This blog has been dormant for awhile but 2015 will bring it back to life so jump on board, pass the word and feel free to contact me about anything you read or ideas you may have for a topic. Thanks for stopping by, poke around and enjoy. Autographed copies of all my books are available here, simply click on Raymond Sinibaldi and email me.
View all posts by fenwaypark100 →
This entry was posted in Fenway Park Baseball and tagged Billy Conigliaro, Conig, Fenway Park, Red Sox, Tony C, Tony Conigliaro. Bookmark the permalink.