“He was the best looking young player I ever saw.” Johnny Pesky

Tony Conigliaro was crushed by the trade to California. As strange as it may seem, this young, handsome, single, talented man did not mesh with southern California.

From the moment he arrived Tony struggled with the Angels. He was having trouble seeing the ball again, his headaches had returned in earnest and he was suffering nagging little “ding” type injuries. All of this was compounded by the fact that his heart, his home, his purpose remained 3000 miles east. 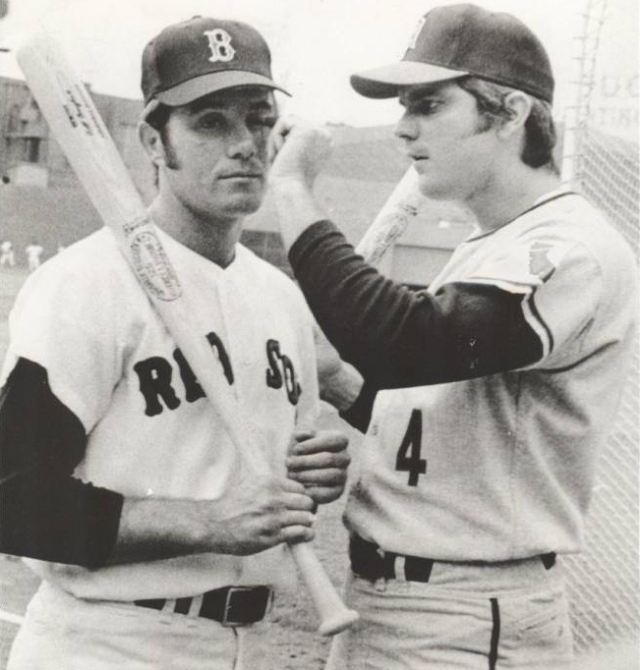 In early June, the Angels traveled to Fenway for a three game set. Tony was warmly greeted upon his returned and he went 3-10 for the series but his struggles componded and as his performance dipped, so to do his desire to continue.

Hitting .222 with just four home runs and 15 RBI, on July 9, 1971 he left the Angels and the game and returned home to Boston. His days as an Angel were over. 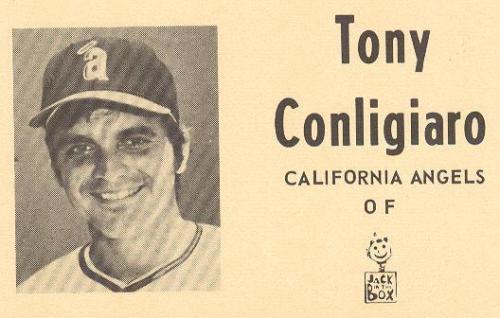 This had ramifications in the Red Sox clubhouse as well, as younger brother Billy in an emotional tirade accused Carl Yastrzemski of “getting rid of Ken Harrelson and Tony”. This would ultimately lead to his departure the following year.

As for Tony, an eye exam revealed that the “blind spot” had in fact expanded and his eyesight was once again deteriorating. However, his desire to play was not and in October of 1973, he contacted the Angels about trying to come back. They agreed but suggested a stint at AAA Salt Lake City to test the waters. Tony decided to stay on the voluntary retirement list. However his urge to give it one more go was building.

In late 1974 he wrote to Dick O’Connell the Red Sox GM and the man who had traded him; and asked for an opportunity to tryout for the 1975 squad. O’Connell agreed and Tony paid his own way to Winter Haven Florida and on March 5, 1975 Tony Conigliaro signed a contract with the Pawtucket Red Sox.

He had just turned 30, he’d been out of the game for four years, but he was Tony Conigliaro and there was still some magic left. That magic would unfold a little over a month later in Fenway Park!

And so it was at this time in Fenway Park history, winter 1975.

Hello and welcome, my name is Raymond Sinibaldi. An educator for more than two decades, a baseball fan for nearly 60 years, I have authored four books about baseball and her glorious history; with a fifth on the way in late spring of 2015; the first, The Babe in Red Stockings which was co-authored with Kerry Keene and David Hickey. It is a chronicle of Babe's days with the Red Sox. We also penned a screenplay about Babe's Red Sox days so if any of you are Hollywood inclined or would like to represent us in forwarding that effort feel free to contact me through my email. In 2012 we three amigos published Images of Fenway Park in honor of the 100th birthday of Fenway Park. That led to the creation of this blog. The following year, 2013 came my first solo venture, Spring Training in Bradenton and Sarasota. This is a pictorial history of spring training in those two Florida cities. The spring of 2014 brought forth the 1967 Red Sox, The Impossible Dream Season. The title speaks for itself and it also is a pictorial history. Many of the photos in this book were never published before. The spring of 2015 will bring 1975 Red Sox, American League Champions. Another pictorial effort, this will be about the Red Sox championship season of 1975 and the World Series that restored baseball in America. I was fortunate enough to consult with sculptor Franc Talarico on the “Jimmy Fund” statue of Ted Williams which stands outside both Fenway Park and Jet Blue Park Fenway South, in Fort Myers Florida. That story is contained in the near 300 posts which are contained herein. This blog has been dormant for awhile but 2015 will bring it back to life so jump on board, pass the word and feel free to contact me about anything you read or ideas you may have for a topic. Thanks for stopping by, poke around and enjoy. Autographed copies of all my books are available here, simply click on Raymond Sinibaldi and email me.
View all posts by fenwaypark100 →
This entry was posted in Fenway Park Baseball and tagged Fenway Park, Red Sox, Tony C, Tony Conigliaro. Bookmark the permalink.