“Courage is the mastery, not the absence of fear”…..Mark Twain

When you speak of Red Sox second basemen, the current man at that position, Dustin Pedroia is as good as any Red Sox player who has played the position.

Hall of Famer Bobby Doerr’s number one hangs on Fenway’s venerable right field facade and he is bronzed outside of the park with three of his “Teammates”.

Both of these players are nominated for the All Fenway team and in fact they both made my All Fenway squad. The other nominees for the All Fenway second base position include the ever popular Jerry “The Remdawg” Remy, two-time AL batting champ Pete Runnels, Marty Barrett (1986) and Mike Andrews (1967) who played the position during two pennant winning seasons.

I have been watching baseball since 1959 and it was a Red Sox second baseman who was the author of the most courageous action I have ever seen on a major league baseball diamond.

He came to the Red Sox in October of 1970 from the California Angels in one of the most controversial trades in Red Sox history as one of Fenway’s most popular players, Tony Conigliaro, was part of the package which headed west.

He hit seven career homers and never hit higher than .266. The most RBI he had in a season was 35 and the closest he came to leading the league in anything was third in sacrifice hits in 1972 and 1973. He was however, a Gold Glove winner in 1972.

His tale of courage began thirty-eight years ago tonight! The California Angels were at Fenway Park and this guy was slated to start for the Halos.

The proverbial “gun” regularly clocked Ryan at 100 miles per hour with at times it reaching up around 103 or 104, so a night of facing him in the batters box was not something that any hitter looked particularly forward to.

The Red Sox were in the midst of a tough stretch having lost six of their previous seven games and they were scuffling around the bottom of the AL East. Griffin however was on the best offensive streak of his career, he had a 15 game hitting streak in which he was hitting .347.

The Angels scored a run in the first inning and Red Sox center fielder Rick Miller led off the game for the Sox with a single to center. Up stepped Griffin and in his usual competitive fashion, he dug in.

Ryan uncorked a fastball which got away from him and hit Griffin in the head. He was knocked unconscious and for a brief period of time, his life was endangered. He suffered a concussion and temporary loss of hearing but he recovered and returned in July after 60 plus days on the disabled list. He doubled in his first came back but the real test of courage awaited.

It was August 12th and the Red Sox were at Anaheim Stadium to face the Angels and, you guessed it, Nolan Ryan was on the mound. It is important to understand that Anaheim Stadium in the summer time meant what was referred to as pitching in the twilight. That included shadows. The mound would be in the sunshine while the batters box would be in the shade. Imagine digging in to face a Nolan Ryan fastball at anytime let alone in the shadows. Then imagine digging in against Nolan Ryan in the shadows after he nearly killed you three months earlier. 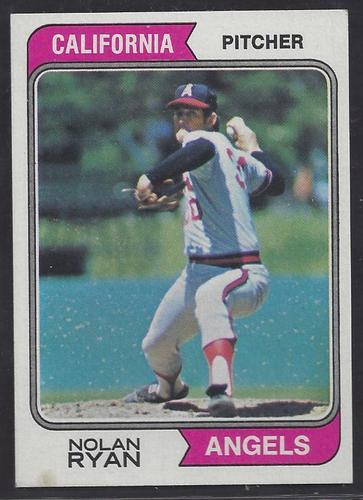 Well Ryan got Griffin his first time up with a punch out, however the second baseman was undaunted and his next time up singled to lead off the fifth inning. He scored the Sox first run of the game riding home on a Rick Miller triple.

In June of 1975, the Red Sox acquired second baseman Denny Doyle from the Angels which affectively ended Griffin’s career with the Red Sox. 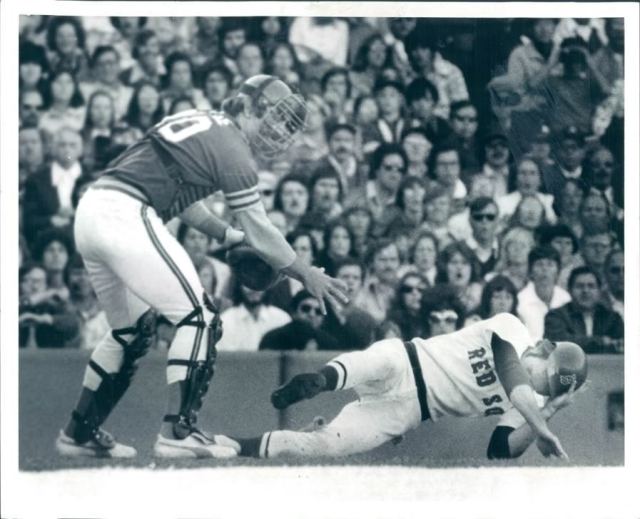 On August 30, 1975 he was beaned again by Oakland A’s pitcher Dick Bosman and suffered equilibrium and hearing problems once again. An ear flap protected him from further damage.

He batted once in the 1975 World Series but would play only 49 games in 1976 and he was released in June of 1977, ending his baseball career. However, his story of overcoming fear, conquering adversity and sheer courage is forever a part of Fenway folklore.

Hello and welcome, my name is Raymond Sinibaldi. An educator for more than two decades, a baseball fan for nearly 60 years, I have authored four books about baseball and her glorious history; with a fifth on the way in late spring of 2015; the first, The Babe in Red Stockings which was co-authored with Kerry Keene and David Hickey. It is a chronicle of Babe's days with the Red Sox. We also penned a screenplay about Babe's Red Sox days so if any of you are Hollywood inclined or would like to represent us in forwarding that effort feel free to contact me through my email. In 2012 we three amigos published Images of Fenway Park in honor of the 100th birthday of Fenway Park. That led to the creation of this blog. The following year, 2013 came my first solo venture, Spring Training in Bradenton and Sarasota. This is a pictorial history of spring training in those two Florida cities. The spring of 2014 brought forth the 1967 Red Sox, The Impossible Dream Season. The title speaks for itself and it also is a pictorial history. Many of the photos in this book were never published before. The spring of 2015 will bring 1975 Red Sox, American League Champions. Another pictorial effort, this will be about the Red Sox championship season of 1975 and the World Series that restored baseball in America. I was fortunate enough to consult with sculptor Franc Talarico on the “Jimmy Fund” statue of Ted Williams which stands outside both Fenway Park and Jet Blue Park Fenway South, in Fort Myers Florida. That story is contained in the near 300 posts which are contained herein. This blog has been dormant for awhile but 2015 will bring it back to life so jump on board, pass the word and feel free to contact me about anything you read or ideas you may have for a topic. Thanks for stopping by, poke around and enjoy. Autographed copies of all my books are available here, simply click on Raymond Sinibaldi and email me.
View all posts by fenwaypark100 →
This entry was posted in Fenway Park Baseball and tagged Beaning, Bobby Doerr, Doug Griffin, Dustin Pedroia, Fenway Park, Jerry Remy, Marty Barrett, Mike Andrews, Nolan Ryan, Pete Runnels, Red Sox. Bookmark the permalink.