The story of the 1950 and 1951 Red Sox is part of my aforementioned “Litany of Futility” visa vie the Red Sox/Yankee rivalry. It would prove to provide the closing act on this version of the passion play which would take nearly three decades to resume. 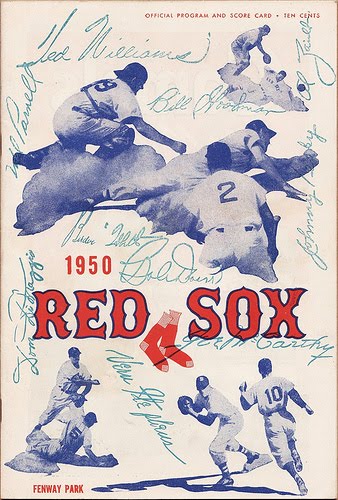 The 1950 season saw a raw kid from Moosup Connecticut ensconced at the Red Sox first base position and he responded splendidly hitting .322 with 34 dingers and he knocked in 144 of his mates as well on his way to becoming the first Red Sox player to win the Rookie of the Year Award.

He joined a starting lineup in which Bobby Doerr had the lowest batting average at .294, three players had 120 RBI or more, five players scored 100 runs or more, and they had a utility man who hit .354 with 424 at bats.

Ted Williams, Vern Stephens and Walt Dropo hit third, fourth and fifth in the Red Sox lineup in 1950. Between them they hit 92 homers knocked in 385 runs and batted .313.

The 1950 Red Sox won 94 games which today would pretty much assure them of reaching a post season berth. In 1950 it earned them third place, four games behind the Yankees and one game behind the second place Tigers. But you have to know we’re talking Red Sox/Yankees here so there is, of course, more to the story.

On August 1st, the Red Sox were in fourth place, seven games out of first. They had been floundering between six and nine games off the lead since the middle of June but they were about to explode. They went 6-1 the first week in August and then in mid month they won 11 straight and 16 out of 17 to climb within 2 1/2 games. Their hot play continued into September and when Mel Parnell beat the White Sox in Chicago on the 12th of the month it was Boston’s 32nd win in 40 games. They were a game out of first place and heading into St. Louis to play the Browns whom they had beaten in 18 of the 19 games they had played them.

They dropped two of three in St. Louis, rebounded to sweep two from the Tigers and then it was on to Cleveland for two and then Yankee Stadium, the pennant was still within their grasp and their destiny was in their hands.

Lemon and Wynn beat them in doubleheader in Cleveland and they headed to Yankee Stadium for a two game showdown with the Yankees. If they won two they would tie them. 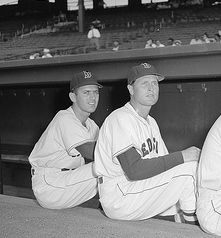 There were 131,000 fans who jammed Yankee Stadium for the two game set and they witnessed the Yankees drive the stake through the heart of the Red Sox. Eddie Lopat beat Mel Parnell in the first game throwing an 8-0 shutout and Willard Nixon didn’t get to the third inning as the Yankees shelled him early on their way to a 9-5 win.

The Red Sox left Yankee Stadium four games out and that is exactly where they would finish, four games out and in third place. After going 32-8 from August 1st through September 12th, they went 8-9 the rest of the way, foiled again!

September of 1951 brought more of the same.

On September 16th and 17th, the Red Sox swept the White Sox in a short two game series making them 6-1 on the homestand. There were 13 games left and Cleveland was coming in for two games followed by the Yankees for three. They would then hit the road and close the season with three in Washington against the lowly Senators (whom they had beaten 15 of 19 times) and close out the campaign with a five game series in Yankee Stadium. Their destiny was in their hands, again, they were only 2 1/2 games back.

Ted Williams and Joe DiMaggio, the true founders of the Red Sox/Yankee rivalry a decade earlier, faced each other for the last time in 1951.

The 1951 season marked the passing of the Yankee baton from Joe DiMaggio to Mickey Mantle. Ted Williams was bound for Korea for the 1952 and ’53’ seasons and the rivalry was heading into a dormancy as the Red Sox and Yankees were heading in different directions. The Yankees were on the verge of a greatness they had never known, even in the Ruth/Gehrig/DiMaggio eras, and the Red Sox were about to slip back into the abyss. 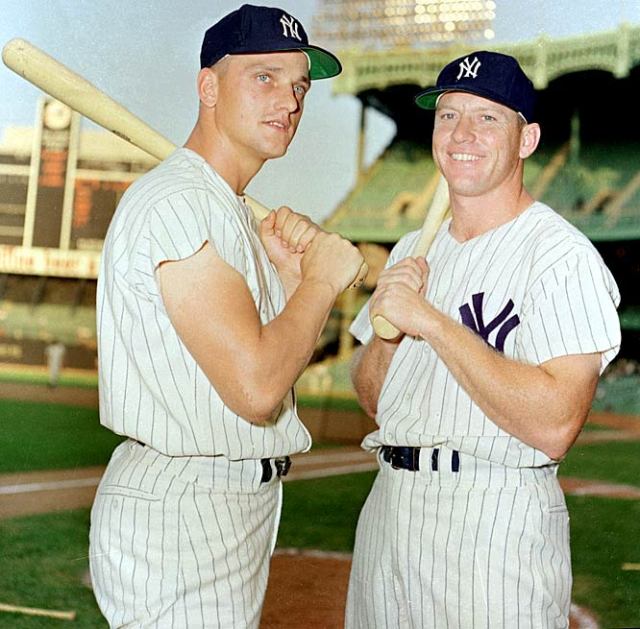 And by the time I started paying attention 10 years later, I thought the name of the baseball team in New York was the Damn Yankees!

It would be nearly three decades for the rivalry to be rekindled with the names of Yastrzemski, Jackson, Fisk, Munson, Rice, Dent, Guidry, Eckersley and a whole new cast of characters who would take it to yet another level.

And so it was at this time in Fenway Park history,1950 and 51, Red Sox/Yankee rivalry time.

Hello and welcome, my name is Raymond Sinibaldi. An educator for more than two decades, a baseball fan for nearly 60 years, I have authored four books about baseball and her glorious history; with a fifth on the way in late spring of 2015; the first, The Babe in Red Stockings which was co-authored with Kerry Keene and David Hickey. It is a chronicle of Babe's days with the Red Sox. We also penned a screenplay about Babe's Red Sox days so if any of you are Hollywood inclined or would like to represent us in forwarding that effort feel free to contact me through my email. In 2012 we three amigos published Images of Fenway Park in honor of the 100th birthday of Fenway Park. That led to the creation of this blog. The following year, 2013 came my first solo venture, Spring Training in Bradenton and Sarasota. This is a pictorial history of spring training in those two Florida cities. The spring of 2014 brought forth the 1967 Red Sox, The Impossible Dream Season. The title speaks for itself and it also is a pictorial history. Many of the photos in this book were never published before. The spring of 2015 will bring 1975 Red Sox, American League Champions. Another pictorial effort, this will be about the Red Sox championship season of 1975 and the World Series that restored baseball in America. I was fortunate enough to consult with sculptor Franc Talarico on the “Jimmy Fund” statue of Ted Williams which stands outside both Fenway Park and Jet Blue Park Fenway South, in Fort Myers Florida. That story is contained in the near 300 posts which are contained herein. This blog has been dormant for awhile but 2015 will bring it back to life so jump on board, pass the word and feel free to contact me about anything you read or ideas you may have for a topic. Thanks for stopping by, poke around and enjoy. Autographed copies of all my books are available here, simply click on Raymond Sinibaldi and email me.
View all posts by fenwaypark100 →
This entry was posted in Fenway Park Baseball and tagged Bob Lemon, Bobby Doerr, Bucky Dent, Carl Yastrzemski, Carlton Fisk, Dennis Eckersley, Early Wynn, Fenway Park, Joe DiMaggio, Mel Parnell, Mickey Mantle, Red Sox, Red Sox/Yankee Rivalry, Reggie Jackson, Roger Maris, Ron Guidry, Ted Williams, Thurmon Munson, Vern Stephens, Walt Dropo, Willard Nixon. Bookmark the permalink.