Since 1967, the year that transformed the Red Sox from perennial door mats into a winning franchise, the habitants of Fenway Park have had only six years in which they were below .500. 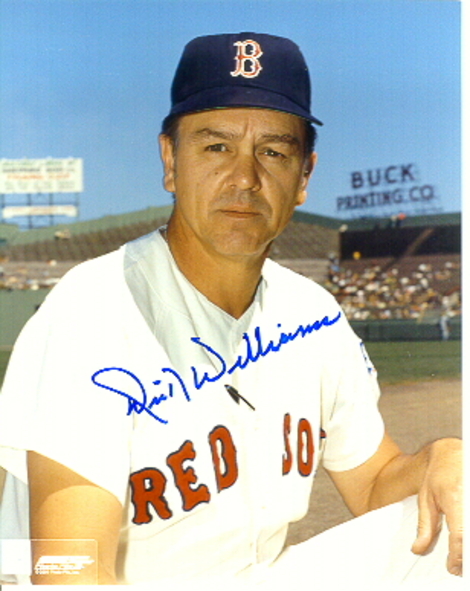 Dick Williams managed the Red Sox from ninth to first place in 1967. 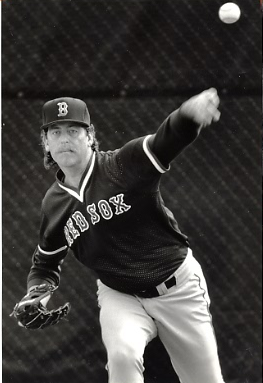 Roger Clemens was the ace of the ’92’ staff with an 18-11 mark and a league leading 2.41 ERA. He also led the league with five shutouts and he was one of only two Red Sox pitchers to actually have a winning record. However, pitching was not the problem with this squad. They had the second best team ERA in the league and only one team allowed less runs.

The problem with the ’92’ Fenway Park entry was they were an abysmally weak hitting team. That was highly unusual as the tradition for the last half century on poor performing Red Sox squads was always good hit no pitch!

This years inauspicious start has them headed for their worst year since 1992. And the most disturbing aspect of this Fenway anniversary team lay in the a pitching staff which is showing signs of the days of 1964 and ’65’ when the team lost 90 then 100 games! These teams ranked at the bottom of the heap in surrendering hits and runs and only one pitcher in two years had a winning record! 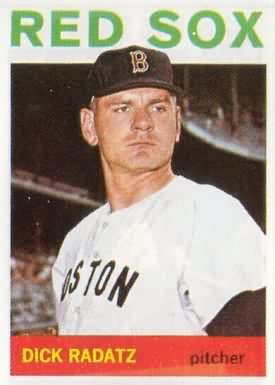 Is it possible that this years team could melt into one of those pre ’67’ teams?

Perish the thought! However they are teetering perilously close to reaching lows that Fenway and the city have not seen in nearly a half century. And it all rests with the pitching or more accurately, the lack of it.

Thirty-one games into the season, this Red Sox pitching staff sits exactly where the staffs of 1964 and ’65’ sat, at the bottom of the heap! They have surrendered more runs, more hits than any team in the league and they hover near the bottom in team ERA and home runs allowed. 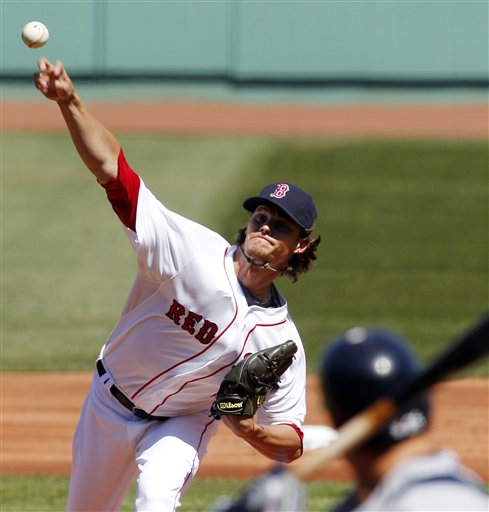 Clay Buchholz is the ace (?) with a record of 3-1, however his ERA has invoked memories of John “Wayback” Wasdin. The rest of the crew (don’t read this if you have a queasy stomach) , Lester 1-3 4.29 ERA, Daniel Bard 2-4, 4.83 and then of course there is last nights starter Josh Beckett who after surrendering only seven runs and seven hits in 2 1/3 innings sits this morn with a 2-4 record and a robust 5.97 ERA! 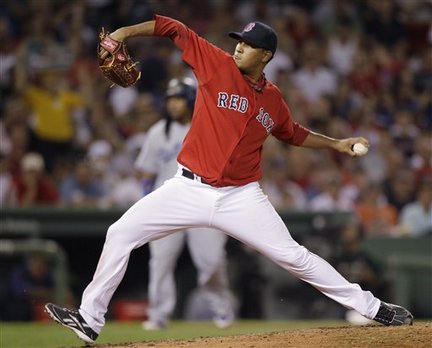 The black hole that has become the Red Sox starting rotation has 24-year-old lefty Felix Doubront emerging as the ace! His numbers are not “ace” like however he has been relatively consistent! What the hell does that mean? It means he “ain’t that bad”! And therein we find the problem. When “ain’t that bad” is the ace there are difficulties too numerous to count!

The closer’s ERA is 6.39 and a set up man (I think) is nipping at his heels at 6.08! A “key” off-season acquisition, set up man Mark Melancon, is “recovering” in Pawtucket after yielding 10 hits and 11 runs in two innings which translated to an 0-2 mark and a (I hope you are sitting) 49.50 ERA. He seems to have righted himself as in 10 innings with the PawSox he has not surrendered a run, struck out 18 and recorded three saves. Is he ready to return?

It is still early. However this team is teetering and the Fenway Faithful are getting antsy. Will this 2012 team bring us the summer of 2011, the summer of 1992 or (God forbid) will we see a return to the days Dick Stuart, Jack Lamabe and Arnold Earley?

It’s still early, but it’s getting later every day!

Hello and welcome, my name is Raymond Sinibaldi. An educator for more than two decades, a baseball fan for nearly 60 years, I have authored four books about baseball and her glorious history; with a fifth on the way in late spring of 2015; the first, The Babe in Red Stockings which was co-authored with Kerry Keene and David Hickey. It is a chronicle of Babe's days with the Red Sox. We also penned a screenplay about Babe's Red Sox days so if any of you are Hollywood inclined or would like to represent us in forwarding that effort feel free to contact me through my email. In 2012 we three amigos published Images of Fenway Park in honor of the 100th birthday of Fenway Park. That led to the creation of this blog. The following year, 2013 came my first solo venture, Spring Training in Bradenton and Sarasota. This is a pictorial history of spring training in those two Florida cities. The spring of 2014 brought forth the 1967 Red Sox, The Impossible Dream Season. The title speaks for itself and it also is a pictorial history. Many of the photos in this book were never published before. The spring of 2015 will bring 1975 Red Sox, American League Champions. Another pictorial effort, this will be about the Red Sox championship season of 1975 and the World Series that restored baseball in America. I was fortunate enough to consult with sculptor Franc Talarico on the “Jimmy Fund” statue of Ted Williams which stands outside both Fenway Park and Jet Blue Park Fenway South, in Fort Myers Florida. That story is contained in the near 300 posts which are contained herein. This blog has been dormant for awhile but 2015 will bring it back to life so jump on board, pass the word and feel free to contact me about anything you read or ideas you may have for a topic. Thanks for stopping by, poke around and enjoy. Autographed copies of all my books are available here, simply click on Raymond Sinibaldi and email me.
View all posts by fenwaypark100 →
This entry was posted in Fenway Park Baseball and tagged Bob Zupcic, Clay Buchholz, Daniel Bard, Dick Williams, Felix Doubront, Fenway Park, Frank Viola, Jon Lester, Josh Beckett, Red Sox, Roger Clemens, Tom Brunansky. Bookmark the permalink.