It came in the fourth inning of a 3-2 loss to the A’s who completed a sweep of the Red Sox. “Big Papi” became the eighth player who, at one time or another wore a Red Sox uniform, on his way to the 400 home run plateau. He hit his first 38 home runs in the uniform of the Minnesota Twins and his milestone dinger was his 342nd in a Red Sox uniform. That is good enough for fifth on the all time Red Sox home run list.

The other seven and in order of appearance. 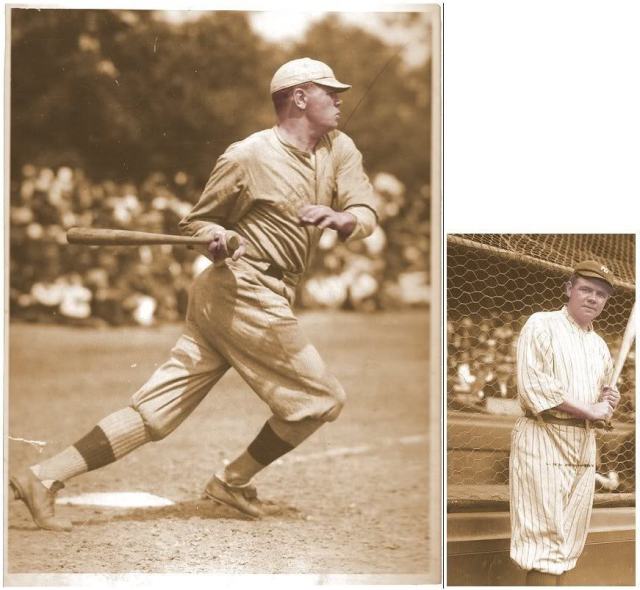 Next on the list is Jimmie Foxx, “the Beast” himself.

Old “Double X” clubbed career home runs number 303 through 524 while wearing a Red Sox uniform from 1936 through the 1942 season. He led the league with 35 home runs in 1939 following a year in which he hit 50 of them on his way to the 1938 American League MVP Award. Foxx was the second player in baseball history to hit 500 career home runs, reaching the mark while playing for the Red Sox. It came in the first game of a doubleheader and was also at Shibe Park in Philadelphia on September 24, 1940. His 400th came in Cleveland in 1938 off of Hall of Fame pitcher Bon Feller. A total of 139 of his 534 homers were hit at Fenway Park.

Ted Williams was the fourth player in major league history to hit 500 career home runs. His 500th came in Cleveland on June 17th of his final year in 1960.

Next on the list is “Teddy Ballgame”. The all time Red Sox home run leader slugged all of his 521 career home runs in a Red Sox uniform. His home run in his last career at bat at Fenway Park is a legendary tale for the ages. A gray September day, a little more than 10,000 of the Fenway Faithful on hand, a ball launched into the Red Sox bullpen, the quick run around the bases, the home plate hand shake with Jim Pagliaroni,

he disappeared into the dugout and on to the pages of history, of legend, of folklore. There was no tip of the cap and John Updike told us why, “gods do not answer letters”.

Ted hit 248 of his homers at Fenway Park, including numbers 300 and 400 which came  off of Kansas City A’s pitcher Tom Gorman on July 17, 1956. The two time Triple Crown winner led the American League in home runs four times. His 521 homers have him tied for 18th on the all time list with Frank Thomas and Willie McCovey.

The next Fenway Park legend on this list is none other than Carl Michael Yastrzemski. 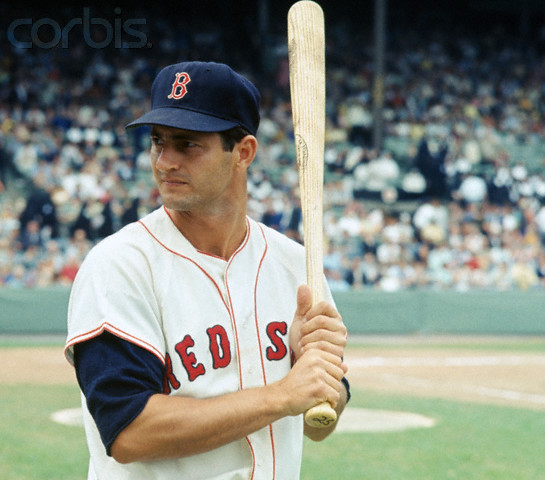 “The Captain” hit 452 career home runs, all with the Red Sox.

Yaz is second on the all time Red Sox home run list and 35th on baseball’s all time home run list. He led the league but once in home runs, with 44 in his Triple Crown MVP season of 1967. However he was the first Red Sox player to have back to back 40 home run seasons when he hit 40 in 1969 and ’70’. A total of 237 of his dingers came at Fenway including number 400 which came off of Oakland A’s pitcher Mike Morgan on July 24, 1979.

The next two, you may have forgotten but they both had quick two-year stops in Boston. One on his way to the Hall of Fame and the other on his way to immortality of a different kind.

First the Hall of Famer.

When Dawson arrived in Boston for the 1993 season, he had 399 career homers. On April 15th, just nine games into the season, he launched a Jose Mesa pitch into the left field screen in the second inning to tie the game and write his name in history. He hit but 15 of his career homers at Fenway Park but among them was his milestone 400th circuit clout.

The guy who followed Dawson in the Red Sox DH position was Jose Canseco. Known more for his steroid whistle blowing than his 462 career home runs, Canseco hit 52 of his home runs in a Red Sox uniform. 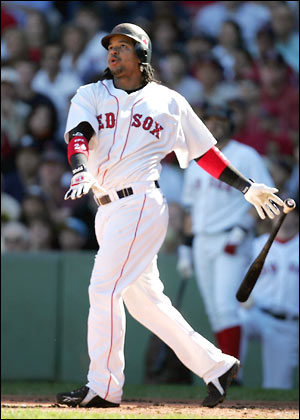 When Manny arrived in Boston he had 236 home runs under his belt in the uniform of the Cleveland Indians. In the next eight years with Boston he clubbed 274 more including his milestone 400th and 500th career dingers. Both of them came on the road however with 400 coming in Seattle and 500 in Baltimore. His 555 career home runs has him sitting at number 14 on the all time list.

In the interest of full disclosure, it must be said that Canseco is a self proclaimed steroid user and Manny has twice tested positive so their numbers must be looked at through the prism of performance enhancing drugs.

And as much as it pains me to say this, David Ortiz has admitted that in 2003 he too tested positive. His claim is that he unwittingly took supplements which caused the positive test and I so want to take him at his word…..So I will.

Hello and welcome, my name is Raymond Sinibaldi. An educator for more than two decades, a baseball fan for nearly 60 years, I have authored four books about baseball and her glorious history; with a fifth on the way in late spring of 2015; the first, The Babe in Red Stockings which was co-authored with Kerry Keene and David Hickey. It is a chronicle of Babe's days with the Red Sox. We also penned a screenplay about Babe's Red Sox days so if any of you are Hollywood inclined or would like to represent us in forwarding that effort feel free to contact me through my email. In 2012 we three amigos published Images of Fenway Park in honor of the 100th birthday of Fenway Park. That led to the creation of this blog. The following year, 2013 came my first solo venture, Spring Training in Bradenton and Sarasota. This is a pictorial history of spring training in those two Florida cities. The spring of 2014 brought forth the 1967 Red Sox, The Impossible Dream Season. The title speaks for itself and it also is a pictorial history. Many of the photos in this book were never published before. The spring of 2015 will bring 1975 Red Sox, American League Champions. Another pictorial effort, this will be about the Red Sox championship season of 1975 and the World Series that restored baseball in America. I was fortunate enough to consult with sculptor Franc Talarico on the “Jimmy Fund” statue of Ted Williams which stands outside both Fenway Park and Jet Blue Park Fenway South, in Fort Myers Florida. That story is contained in the near 300 posts which are contained herein. This blog has been dormant for awhile but 2015 will bring it back to life so jump on board, pass the word and feel free to contact me about anything you read or ideas you may have for a topic. Thanks for stopping by, poke around and enjoy. Autographed copies of all my books are available here, simply click on Raymond Sinibaldi and email me.
View all posts by fenwaypark100 →
This entry was posted in Fenway Park Baseball and tagged 400 career home runs, Andre dawson, Babe Ruth, Carl Yastrzemski, David Ortiz, Fenway Park, Jimmie Foxx, Jose Canseco, Manny Ramirez, Red Sox, Ted Williams, Yaz. Bookmark the permalink.