San Francisco Giants pitcher Madison Bumgarner was named the 2014 Associated Press Male Athlete of the Year. He became the 26th Major League Baseball Player to garner the honor since its inception in 1931 and the first baseball player to be so named since Barry Bonds in 2001. In case you missed it, he finished the 2014 campaign at 18-10 with a 2.98 ERA. He made the National League All Star team, finished fourth in the Cy Young Award balloting, led the league in absolutely nothing but did capture the Silver Slugger Award as the leagues best hitting pitcher.

But then came the World Series!

He pitched the opening game of the series against the Royals, going seven innings, giving up a run on five hits while striking out five and walking one as the Giants took the game 7-1 claiming a one game lead in the series.

Back on the bump for game five with the Series knotted at two games apiece, he fired a four hit shutout at Kansas City with eight strike outs and no walks. He faced only 31 batters in the 117 pitch outing putting the Giants to within a game of their third World Series Championship in five years!

Yet after Kansas City clobbered the Giants 10-0 in game six, many, no most, thought that the edge had shifted to the Royals. After all, they would be at home for the decisive seventh game and Bumgarner would not be available to start! He could come out of the pen for maybe two but certainly no more than three innings! And Kansas City was riding the momentum of the 10-0 thumping!

After four innings in the seventh game the score was tied at two and Bumgarner made his way in from the bullpen to start the fifth. Too early thought many, he can’t go five on short rest! And when he was greeted by a line drive single by Omar Infante, he suddenly looked, well, mortal. Infante was sacrificed to second bringing up Nori Aoki who scorched a line drive but right at Giant left fielder Lorenzo Cain. A strikeout ended the inning and for all intents and purposes the Royals chances at getting to the remarkable southpaw! They did threaten in the ninth but Alex Gordon died on third as Bumgarner got Salvador Perez to pop up to end it all!

The World Series line on Bumgarner was astounding, 2-0 with the five inning game seven save, a microscopic ERA of 0.43. He pitched 21 innings, with 17 strikeouts and one walk. He surrendered nine hits!

And he was, of course, the World Series MVP!

In baseball circles, there were some who proclaimed him the greatest World Series pitcher in history! A lofty proclamation, to be sure, however I usually frown on such proclamations and as I do in this blog, I decided to gain some historical perspective on that particular matter. So I looked at this wildly entertaining, wildly talented young southpaw through the prism of baseball history. The goal, to find where he ranks in terms of two things; first in the context of greatest pitching performance in a single World Series and second in the context of World Series pitchers who, in their careers, have pitched more than 30 innings of World Series competition.

So here goes…. Let’s begin with looking at his performance in a single World Series. We will look at the categories of ERA, wins, WHIP (for the uninitiated reading this, this is arrived at by dividing walks plus hits with innings pitched), hits allowed per nine innings, strikeouts and strikeouts per nine innings.

There are a total of six categories here and I will also add, to be eligible to be on the list, a pitcher has to have pitched a minimum of 15 innings in a single World Series.

Believe it or not, perhaps the least important category in all of this is wins. Seems silly I know, but the given is, that to be on the list one would have had to win at least two World Series games. So let us begin there.

As mentioned above, Bumgarner was 2-0 with the huge save in game 7, a save in that situation, in those circumstances was as good as a win and thus why wins are the least important of these categories when attempting to determine dominant performances. The historical perspective is that there have been 13 pitchers in baseball history who won three games in a World Series, the first two were Deacon Phillippe of the Pirates and Bill Dineen of the Red Sox, both doing it in the very first World Series of 1903. The last, Randy Johnson in 2001 with the Diamondbacks. 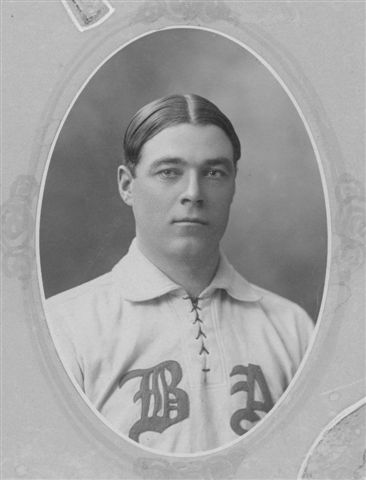 Looking at the ERA (Earned Run Average), “Bum” allowed a single run in his three games leaving his ERA at a miniscule 0.43, less than 1/2 run per game! Where does that place him in historical context? There have been six pitchers who have hurled 15 or more innings in a World Series and not surrendered an earned run! There are some pretty impressive names on the list. In the 1905 Series both Christy Mathewson (27 innings) and “Iron Man” Joe McGinnity (17 innings) of the NY Giants. In 1921 Yankee Waite Hoyt hurled 27 innings. There was Carl Hubbell (20 innings in 1933) and Whitey Ford (18 innings in 1960) and then there was Cleveland’s immortal Duster Mails who pitched 15 2/3 scoreless innings in the 1920 World Series.

Christy Mathewson threw three shutouts in the 1905 Series against the Athletics in games 1, 3 and 7! In a span of six days he shut them down giving up only 13 hits, walking 1 and striking out 18!

When it comes to WHIP, Bumgarner tops the list. No pitcher in World Series history has a better one in a single Series. His .476 WHIP means he allowed less than a half runner per inning on base. In second place is Christy Mathewson in that same 1905 World Series at .517.

Orval Overall went 2-0 with a 0.98 ERA in the 1908 World Series leading the Cubs past the Tigers. The Cubs have not won since! His hits per nine innings was 3.4.

Now let’s look at the strikeout categories. The strikeout is to the pitcher what the home run is to the batter. It means in that single at bat the pitcher dominated. It is, in my view, the single greatest reflection of a pitcher;s dominance and my reasoning is simple; what is more dominant than a hitter being unable to put his bat on the ball? 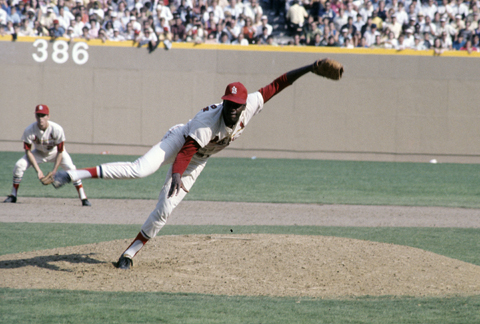 Now let’s see where Bumgarner sits historically in his World Series pitching career. For the record, we are looking at pitchers who have hurled a minimum of 30 career World Series innings! In three World Series he is 4-0 with a save, A HUGE save! His ERA is microscopic at 0.25 and is in fact the best in World Series history. There are 14 pitchers with five or more World Series wins and he joins Lefty Gomez, Jack Coombs and Herb Pennock on that list as the four who have never suffered a World Series defeat. (Remember I’m counting that save as big as a win, arbitrary I know but it’s my blog).

He is the ALL TIME WORLD SERIES LEADER in WHIP  .528 and hits per nine innings at 3.5. This 25 year old leads all World Series pitchers in three very important categories.

So, is he the greatest World Series pitcher of all time? Hmmmm, I’m simply not quite ready to go there just yet. But I will say this, Madison Bumgarner has knocked on the castle door of baseball’s Mount Olympus. he has taken his seat at the table with Christy Mathewson, Bob Gibson and Sandy Koufax.  And he is 25 years old!!!!!

At 19 years of age, Ken Brett pitched for the Boston Red Sox in the 1967 World Series. In his later years he said, he wished he was wise enough to really appreciate that time for he never returned to the World Series.

Here’s hoping that Madison Bumgarner returns to the World Series! I for one will be riveted on every pitch!

Hey…..The Giants and Red Sox are the only teams since 2000 to win three World Series. And hey…..The Red Sox seem to be on a roll, last place, win World Series, last place, hmmmmm maybe I’ll be in Fenway next October watching Madison Bumgarner take on my Red Sox!

As always I welcome your feedback, comments and perspectives!

Hello and welcome, my name is Raymond Sinibaldi. An educator for more than two decades, a baseball fan for nearly 60 years, I have authored four books about baseball and her glorious history; with a fifth on the way in late spring of 2015; the first, The Babe in Red Stockings which was co-authored with Kerry Keene and David Hickey. It is a chronicle of Babe's days with the Red Sox. We also penned a screenplay about Babe's Red Sox days so if any of you are Hollywood inclined or would like to represent us in forwarding that effort feel free to contact me through my email. In 2012 we three amigos published Images of Fenway Park in honor of the 100th birthday of Fenway Park. That led to the creation of this blog. The following year, 2013 came my first solo venture, Spring Training in Bradenton and Sarasota. This is a pictorial history of spring training in those two Florida cities. The spring of 2014 brought forth the 1967 Red Sox, The Impossible Dream Season. The title speaks for itself and it also is a pictorial history. Many of the photos in this book were never published before. The spring of 2015 will bring 1975 Red Sox, American League Champions. Another pictorial effort, this will be about the Red Sox championship season of 1975 and the World Series that restored baseball in America. I was fortunate enough to consult with sculptor Franc Talarico on the “Jimmy Fund” statue of Ted Williams which stands outside both Fenway Park and Jet Blue Park Fenway South, in Fort Myers Florida. That story is contained in the near 300 posts which are contained herein. This blog has been dormant for awhile but 2015 will bring it back to life so jump on board, pass the word and feel free to contact me about anything you read or ideas you may have for a topic. Thanks for stopping by, poke around and enjoy. Autographed copies of all my books are available here, simply click on Raymond Sinibaldi and email me.
View all posts by fenwaypark100 →
This entry was posted in Fenway Park Baseball and tagged 1903 World Series, 1905 World Series, 1963 World Series, 1965 World Series, 1967 Red Sox, 1968 World Series, 2014 World Series, AP Male Athlete of the Year, Bill Dineen, Bob Gibson, Christy Mathewson, Curt Schilling, Deacon Phillippe, Duster Mails, Herb Pennock, Jack Coombs, Ken Brett, Lefty Gomez, Madison Bumgarner, Mickey Lolich, Orval Overall, San Francisco Giants, Sandy Koufax, Waite Hoyt, Whitey Ford, World Series. Bookmark the permalink.