The Anatomy of a Rivalry, The Third Stanza, Into the Abyss…..REVISITED

Following Babe Ruth’s sale to the Yankees, the Red Sox entered their worst decade in their history. The 1920s found them at the bottom of the heap throughout. The Yankees on the other hand became, well, the Yankees and it wasn’t simply because of  The Babe as you are about to find out! This was originally published on March 15, 2012. Enjoy!

Babe Ruth’s trade to the New York Yankees, marked the second time in five years that the Red Sox had traded someone who was arguably the best player in the American League. Yet the trade of Tris Speaker in 1916 did not adversely effect the Red Sox efforts, as they won the World Series in both 1916 and “18′. 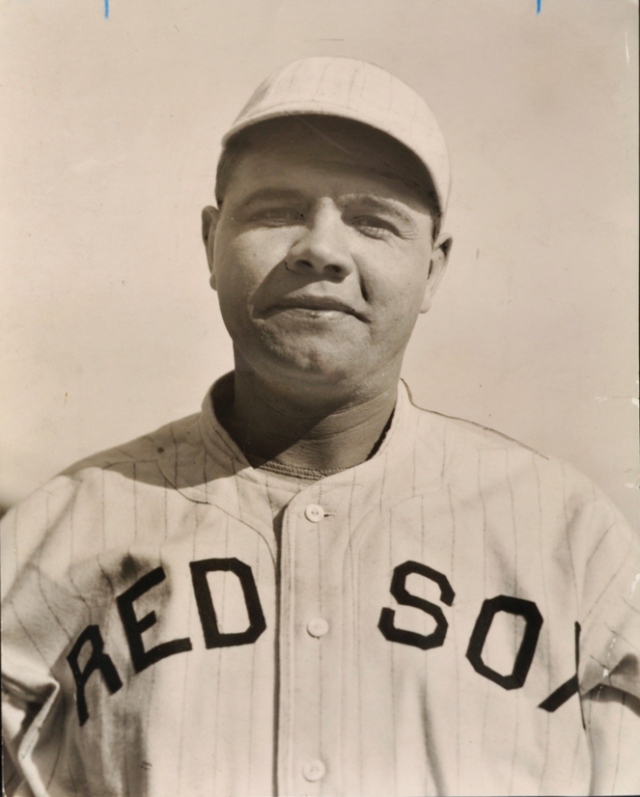 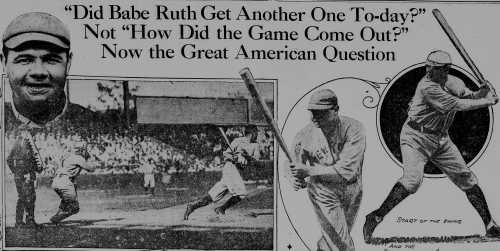 In 1920, Babe Ruth shattered his record of 29 home runs in a single season when he hammered 54 of them. He led the league in HR, RBI, Runs Scored, On Base Pct, Slugging Pct and Walks and did it all while hitting .376. The Yankees finished with 95 wins (the most in their history) but were three games back of the White Sox in third place. Their tide was turning.

The Red Sox were 72-81, finishing in fifth place and suffering their worst season since 1906. Harry Hooper led the team with seven home runs, added 53 RBI while hitting .312; a solid admirable season for the future Hall of Famer but in spring training 1921, he was traded to the White Sox. Their tide was turning as well.

The 26-year-old southpaw Herb Pennock emerged as the ace of the Red Sox pitching staff, but his days in a Red Sox uniform were also numbered.

The 1921 season brought even new heights for Babe Ruth and the Yankees. He hit 59 home runs, knocked in 171 of his mates and hit two points higher at .378, leading the Yankees to their very first pennant. (And, he also led the league in all the same categories as the year before.) They lost the World Series to the Giants, with whom they shared the Polo Grounds, but their tide had decidedly turned! 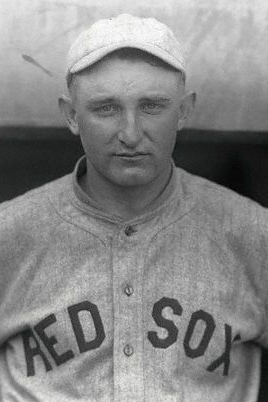 Carl Mays who was the winning pitcher for the Red Sox in the deciding game of the 1918 World Series, was the ace of the Yankee staff in 1921 going 27-9. 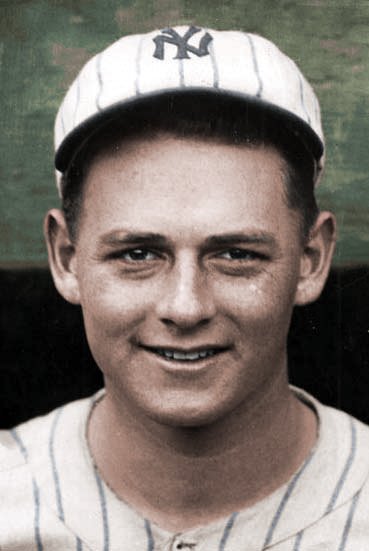 Twenty-0ne year old Waite Hoyt, acquired from the Red Sox in December of 1920, was the number two man on the ’21’ pennant winning Yankee staff, winning 19 games.

The Red Sox finished a few games better than the previous year, their tide was still turning.

It is not my intent to chronicle the exploits of Babe Ruth while with the Yankees. That you can do yourself with one click here.

Take note of all the bold numbers, those indicate he led the league in that category. Suffice to say that if you recall what Barry Bonds did on steroids from 2000-2004, that was Babe Ruth on hot dogs and beer from 1920-1933!

The Yankees repeated as American League champs in 1922 but were swept by the Giants in the World Series. The following year marked the opening of the “House that Ruth Built” and in their first season in Yankee Stadium, the Yankees won their third successive American League pennant, only this time they capped it off by beating the Giants for their very first World Championship!

Their pitching rotation included the aforementioned Penncock (19-6) and Hoyt (17-9), both acquired from the Red Sox and these two fellows, 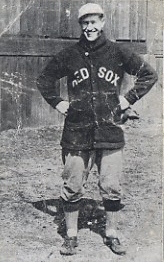 “Sad” Sam Jones was acquired by New York in the same trade with Boston that landed them Joe Bush, he was 21-8 with the 1923 Yankees.

By this time, the 31-year-old (old for a player back in the day) Carl Mays was relegated to the Yankee bullpen but he did manage to go 5-2 in 81 innings of work.

Herb Pennock was the winning pitcher and Sam Jones got the save in the deciding game of the 1923 World Series, a game in which Babe homered, delivering to New York their first ever World Championship!

What more need be said ?

Well you could say the Yankees won seven pennants and four World Series  while the Red Sox reeled off nine last place finishes, including six in a row!

And you could say that the Yankees displaced the Red Sox as the premier franchise in all of baseball!

And you could say that the Red Sox stumled into the abyss of their “Dark Ages”.

And you’d be right!

Hello and welcome, my name is Raymond Sinibaldi. An educator for more than two decades, a baseball fan for nearly 60 years, I have authored four books about baseball and her glorious history; with a fifth on the way in late spring of 2015; the first, The Babe in Red Stockings which was co-authored with Kerry Keene and David Hickey. It is a chronicle of Babe's days with the Red Sox. We also penned a screenplay about Babe's Red Sox days so if any of you are Hollywood inclined or would like to represent us in forwarding that effort feel free to contact me through my email. In 2012 we three amigos published Images of Fenway Park in honor of the 100th birthday of Fenway Park. That led to the creation of this blog. The following year, 2013 came my first solo venture, Spring Training in Bradenton and Sarasota. This is a pictorial history of spring training in those two Florida cities. The spring of 2014 brought forth the 1967 Red Sox, The Impossible Dream Season. The title speaks for itself and it also is a pictorial history. Many of the photos in this book were never published before. The spring of 2015 will bring 1975 Red Sox, American League Champions. Another pictorial effort, this will be about the Red Sox championship season of 1975 and the World Series that restored baseball in America. I was fortunate enough to consult with sculptor Franc Talarico on the “Jimmy Fund” statue of Ted Williams which stands outside both Fenway Park and Jet Blue Park Fenway South, in Fort Myers Florida. That story is contained in the near 300 posts which are contained herein. This blog has been dormant for awhile but 2015 will bring it back to life so jump on board, pass the word and feel free to contact me about anything you read or ideas you may have for a topic. Thanks for stopping by, poke around and enjoy. Autographed copies of all my books are available here, simply click on Raymond Sinibaldi and email me.
View all posts by fenwaypark100 →
This entry was posted in Fenway Park Baseball and tagged Babe Ruth, Babe Ruth Home Run Records, Bullet Joe Bush, Carl Mays, Fenway Park, Harry Hooper, Herb Pennock, Red Sox, Red Sox/Yankee Rivalry, Sad Sam Jones, The Babe, The Babe in Red Stockings, Tris Speaker, Waite Hoyt. Bookmark the permalink.