The Anatomy of a Rivalry, the Fourth Stanza, Back from the Darkness of the Abyss…..REVISITED

Tom Yawkey purchased the Red Sox in 1933, the year before Babe Ruth’s final year with the Yankees. There is a synchronicity in this ushering out of the old and in with the new; for it was Tom Yawkey who set the Red Sox on the course to regain respectability, and it was the arrival of Ted Williams in 1939 that laid the foundation for the opening acts of the true Red Sox/Yankee rivalry. 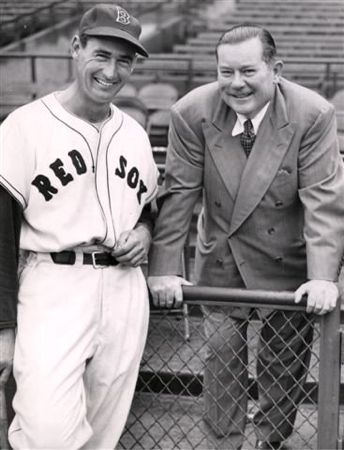 So let’s recap, in Babe’s 15 years with the Yankees they won seven pennants and four World Series. Eleven times they won 90 games a more and three times they cracked the 100 win barrier. They had one losing season, 1925 when Babe missed 56 games to injuries. 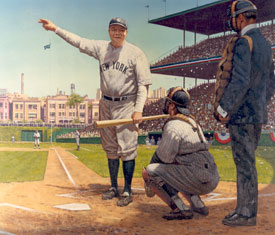 Babe calls his shot in Wrigley Field in game three of the 1932 World Series.

When Babe was playing in his last World Series in 1932, and calling his shot, the Red Sox were setting their own personal paradigm of futility going 43-111 .279 and finishing a robust 64 games behind the Yankees! 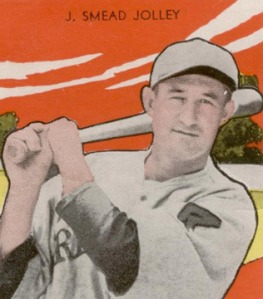 Now let’s set the stage, When Babe departed from the Yankees, they slipped a bit in 1935, winning 89 games, five less than the previous season. Then in 1936 a young center fielder from the west coast arrived in New York. 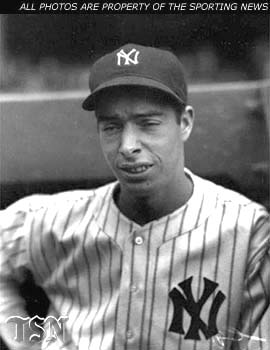 Joe DiMaggio played 13 seasons with the Yankees. The three time MVP played in 10 World Series and New York won nine of them!

The arrival of the man who would come to be known as “The Yankee Clipper”, coincided with a streak of success that was unprecedented in baseball history. It also was the first spoke in the wheel of amping up the Red Sox/Yankee rivalry.

Meanwhile in Boston, Tom Yawkey was anything but idle, as he set to marching the Red Sox back from the abyss. He started by acquiring one of the best pitchers in the game from the Philadelphia A’s. 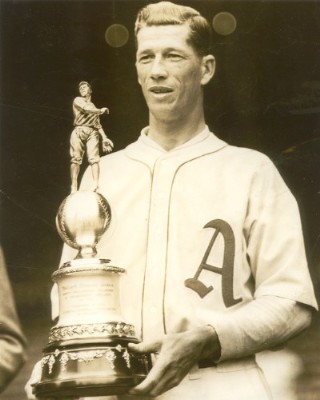 Next came a talented young shortstop from Washington who Yawkey made his player-manager. Cronin would pilot the Red Sox through the 1947 season. 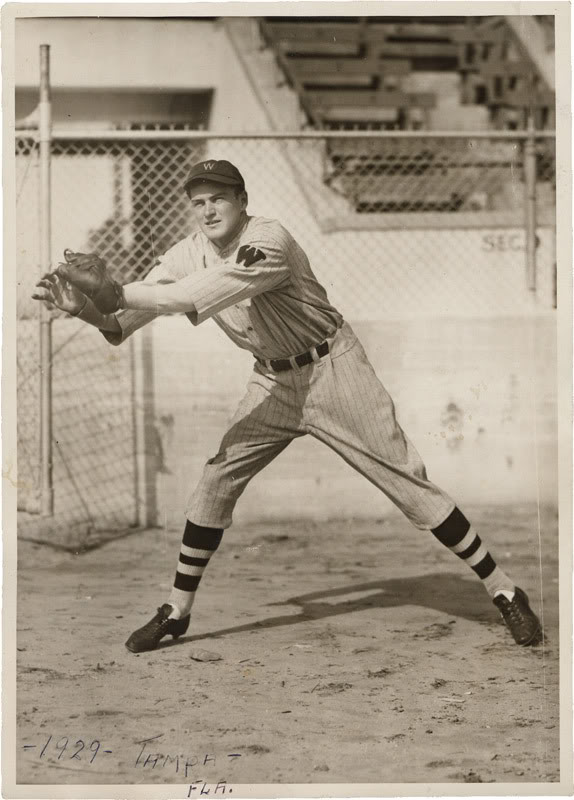 In December of 1935, Yawkey went back to the Philadelphia A’s and acquired a right-handed power hitting first baseman who to this day remains in the discussion of the greatest right-handed hitter in baseball history. 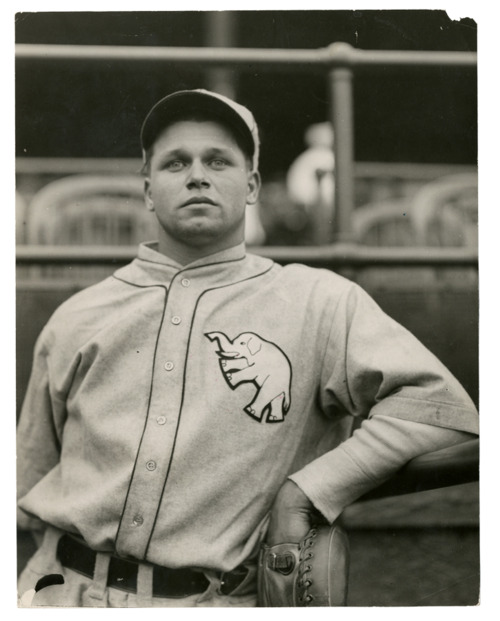 Yawkey was not just acquiring established stars, he also was signing and purchasing some young and very talented ball players. 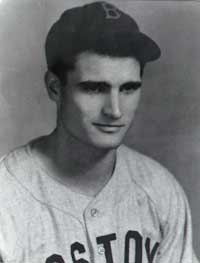 Bobby Doerr was purchased from the Hollywood team of the Pacific Coast League in 1935 for $75,000. He arrived in Boston in 1937 and in 1939 he became their regular second baseman. 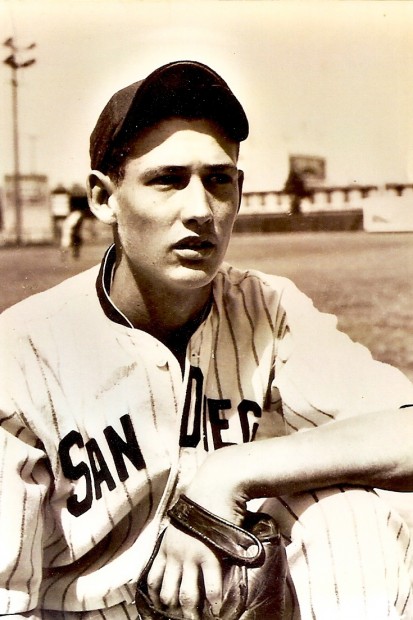 Ted Williams, The Kid, The Splendid Splinter, Teddy Ballgame arrived in Boston in 1939 and things would never be the same!

As respectable as they had become, they were still far behind the Yankees and in reality they had achieved a status that was simply, the best of the rest. As for the rivalry, well still not quite there yet. The spark which would ignite that fuse would take place in 1941 and ironically it would not involve a pennant race; for the Red Sox once again finished in second place, and once again they were 17 games behind the pennant winning Yankees.

It would involve a season of historic individual performances by Ted Williams and Joe DiMaggio. Accomplishments which, over seven decades later, continue to capture the imagination, admiration and respect of baseball historians, pundits and fans throughout the world.

And so it was at this time in Fenway Park history, the 1930s.

Hello and welcome, my name is Raymond Sinibaldi. An educator for more than two decades, a baseball fan for nearly 60 years, I have authored four books about baseball and her glorious history; with a fifth on the way in late spring of 2015; the first, The Babe in Red Stockings which was co-authored with Kerry Keene and David Hickey. It is a chronicle of Babe's days with the Red Sox. We also penned a screenplay about Babe's Red Sox days so if any of you are Hollywood inclined or would like to represent us in forwarding that effort feel free to contact me through my email. In 2012 we three amigos published Images of Fenway Park in honor of the 100th birthday of Fenway Park. That led to the creation of this blog. The following year, 2013 came my first solo venture, Spring Training in Bradenton and Sarasota. This is a pictorial history of spring training in those two Florida cities. The spring of 2014 brought forth the 1967 Red Sox, The Impossible Dream Season. The title speaks for itself and it also is a pictorial history. Many of the photos in this book were never published before. The spring of 2015 will bring 1975 Red Sox, American League Champions. Another pictorial effort, this will be about the Red Sox championship season of 1975 and the World Series that restored baseball in America. I was fortunate enough to consult with sculptor Franc Talarico on the “Jimmy Fund” statue of Ted Williams which stands outside both Fenway Park and Jet Blue Park Fenway South, in Fort Myers Florida. That story is contained in the near 300 posts which are contained herein. This blog has been dormant for awhile but 2015 will bring it back to life so jump on board, pass the word and feel free to contact me about anything you read or ideas you may have for a topic. Thanks for stopping by, poke around and enjoy. Autographed copies of all my books are available here, simply click on Raymond Sinibaldi and email me.
View all posts by fenwaypark100 →
This entry was posted in Fenway Park Baseball and tagged "Lefty" Grove, Babe Ruth, Bobby Doerr, Fenway Park, Jimmie Foxx, Joe Cronin, Joe DiMaggio, Red Sox, Red Sox/Yankee Rivalry, Smead Jolley, Ted Williams, Ted Williams Statue, Tom Yawkey. Bookmark the permalink.