Miley’s Roller Coaster Ride to the Top of the Staff?????

If you stayed up late last night you got to see the continuation of Wade Miley’s roller coaster season in Anaheim.

The Sox southpaw was perfect through five innings and carried a no-hitter into the seventh and left in the eighth having surrendered zero runs, one hit striking out six and walking two. His stellar effort left him with…..A no decision.

You see his mates couldn’t muster him a run!

It was his fourth outing this season in which he has gone more than five innings without surrendering a run. The previous three resulted in wins.

The good news is, it was his best outing of the season. The bad news is, that he has a tendency to cycle through some pretty bad stuff after a shut down outing. His last scoreless outing was June 21 in Kansas City; a six inning effort in a 13-2 Sox win. His next four outings he surrendered 15 runs in a total of 24 1/3 innings; going 1-2.

Hmmm. The Red Sox “ace” Clay Buchholz is on his way to see Dr. James Andrews for a second opinion on his elbow. He just wants to be sure! Last week he was telling all that his MRI showed that his elbow looked like he “never threw a pitch.” Confusing? Not really, it took him two and a half months to “be sure” about his neck strain.

Sooo, does that mean that Miley is now viewed as the ace??? Really? Ouch!

This morning despite a great pitching performance, the Red Sox look like sellers!

If you stayed up late last night, you got to see Mike Trout’s continued rise to the mega heights as the games best player. 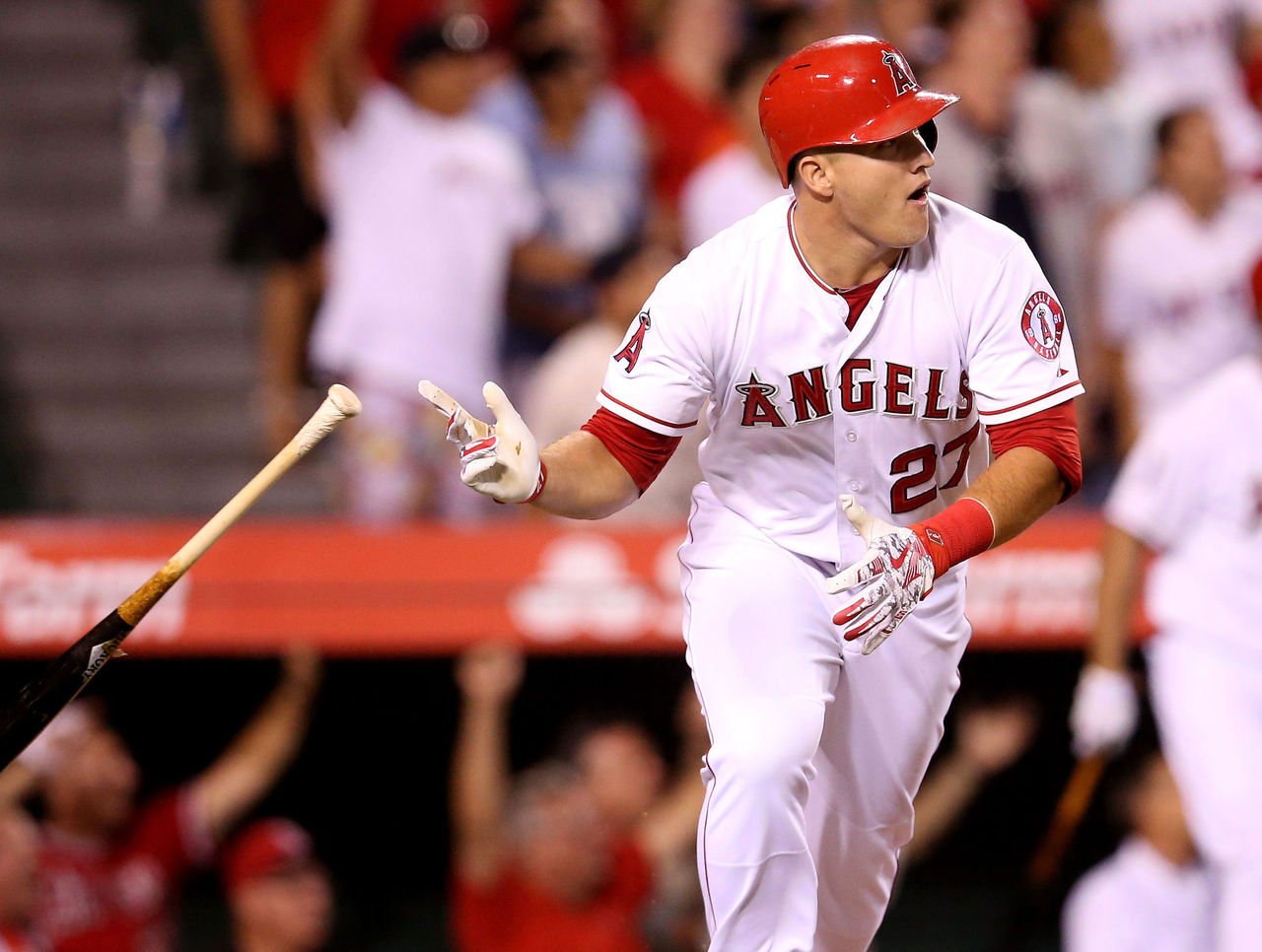 Trout took an 0-1 pitch from Koji into the left field seats making the Angels 1-0 winners! Trout is in his fourth big league season. He is 23 years old!!!! Absorb that a second! In a traditional look at stats I’ll tell you he has in his four short a 162 game average of .306 with 35 home runs and 101 RBI.

On the modern stat evaluation of WAR (Wins Above Replacement) he has led the league in 2012, 13, 14 and he leads it now! In that same vain, the good folks at baseball-reference.com evaluate players historically as to where they are at similar ages in their careers.

Mike Trout is in the company of these folks through their 22nd year.

Oh and I am wondering this morning….Do you remember when a pitchers “scoreless outing” was called a shutout?

Hello and welcome, my name is Raymond Sinibaldi. An educator for more than two decades, a baseball fan for nearly 60 years, I have authored four books about baseball and her glorious history; with a fifth on the way in late spring of 2015; the first, The Babe in Red Stockings which was co-authored with Kerry Keene and David Hickey. It is a chronicle of Babe's days with the Red Sox. We also penned a screenplay about Babe's Red Sox days so if any of you are Hollywood inclined or would like to represent us in forwarding that effort feel free to contact me through my email. In 2012 we three amigos published Images of Fenway Park in honor of the 100th birthday of Fenway Park. That led to the creation of this blog. The following year, 2013 came my first solo venture, Spring Training in Bradenton and Sarasota. This is a pictorial history of spring training in those two Florida cities. The spring of 2014 brought forth the 1967 Red Sox, The Impossible Dream Season. The title speaks for itself and it also is a pictorial history. Many of the photos in this book were never published before. The spring of 2015 will bring 1975 Red Sox, American League Champions. Another pictorial effort, this will be about the Red Sox championship season of 1975 and the World Series that restored baseball in America. I was fortunate enough to consult with sculptor Franc Talarico on the “Jimmy Fund” statue of Ted Williams which stands outside both Fenway Park and Jet Blue Park Fenway South, in Fort Myers Florida. That story is contained in the near 300 posts which are contained herein. This blog has been dormant for awhile but 2015 will bring it back to life so jump on board, pass the word and feel free to contact me about anything you read or ideas you may have for a topic. Thanks for stopping by, poke around and enjoy. Autographed copies of all my books are available here, simply click on Raymond Sinibaldi and email me.
View all posts by fenwaypark100 →
This entry was posted in Fenway, Fenway Park Baseball and tagged baseballreference.com, Clay Buchholz, Frank Robinson, Hank Aaron, Ken Griffey Jr., Mickey Mantle, Mike Trout, Wade Miley, Walk Off Homer. Bookmark the permalink.

1 Response to Miley’s Roller Coaster Ride to the Top of the Staff?????