Hanley, Papi and a Man They Called Yaz…..

The 2015 Red Sox officially, unequivocally and beyond the shadow of any possible doubt expired last night in Houston Texas.

What remains is to now find out who can be part of the 2016 solution. The first thing that should happen is that Hanley Ramirez should move to first base and see if he becomes a solution piece for “16′. 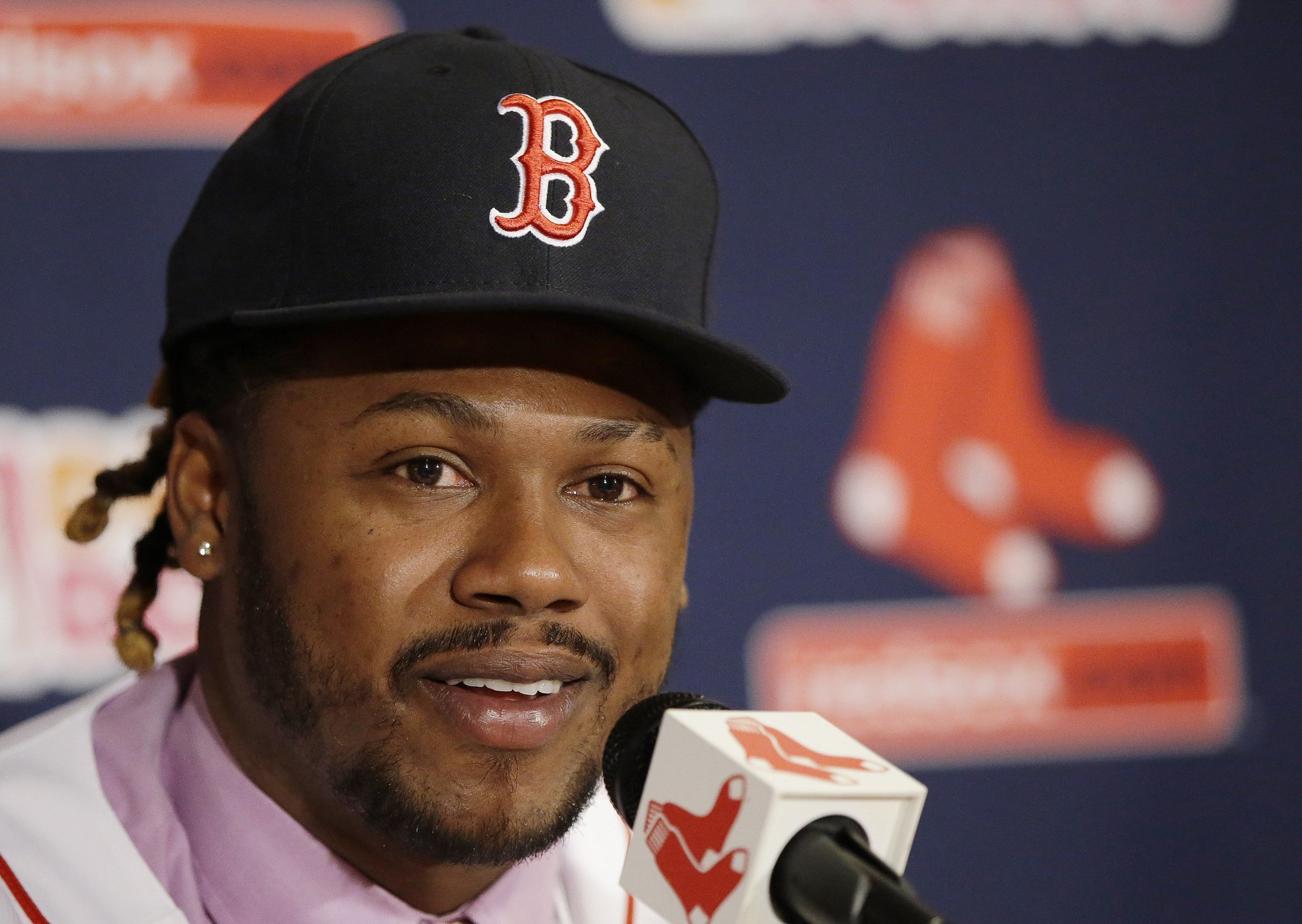 All warm and fuzzy when he signed, what was it 111 years ago? Oh no just last fall. Hanley agreed to play left field. He has balked at the suggestion of playing first base becoming the second Red Sox player to nix being a first baseman in only two weeks.

This morning as I went for my morning coffee my mind began to wander to a time when players were, well different. Now I have been told by some that I’m turning into one of those , “well back in my day” types and if that is the case then so be it; for this morning I ask you to harken back with me to those thrilling days of yesteryear.

The year is 1973…August to be exact, the 21st to be even more exact. Following a 15-9 win in Texas, the Sox were in third place, 4 games behind the Orioles and a half game behind the Tigers.

Rico Petrocelli, the Sox regular third baseman was felled in early August and would spend the remainder of the season on the DL. This created a vacuum at third and manager Eddie Kasko filled the void with the likes of John Kennedy, Buddy Hunter and Danny Cater.

This trio simply was not getting it done and as the void deepened up stepped Yaz. “I’ll do it” he told the skipper and on August 24th (two days after his 34th birthday) he took the field at third base. Now mind you, Yaz played shortstop in high school as had/has most big leaguers both then and now; and he had a stint at third in the majors. Two games in 1964.

Undaunted, he took extra infield with Eddie Popowski pounding ground ball after ground ball at him at third. Yaz played the remainder of the season at third base. He was not Brooks Robinson but he was more than respectable.

It was during this time that Big Bro and I decided we had to see Yankee Stadium before its renovation. So we drove down from Boston for the night game September 12th.

Yaz was at third, Rogelio Moret was on the mound. We arrived as soon as the park opened and to be among the first people to walk into a virtually empty Yankee Stadium was a moment that will live forever in my memory.

Moret and Lindy McDaniel were locked in a scoreless duel into the fourth when Tommy Harper led off with a single, stole second and went to third on a single by Luis Aparicio. This brought up Yaz. Luis stole second and with men on second and third Yaztrzemski deposited a bomb deep into the right field seats giving the Sox a 3-0 lead.

Yaz would do it again in the sixth, this time a two run shot with Aparicio aboard giving the Sox a 5-0 advantage. They won that game 7-1 and I still have the program complete with PENCILED autographs of Carlton Fisk, Ray Culp and Bill Lee.

But this morning I have the memory of a time when a player would simply say, “I’ll do it Skip”.

So David, Hanley and whomever……How about stepping up and giving a little more thought to the name on the front of the jersey!!! 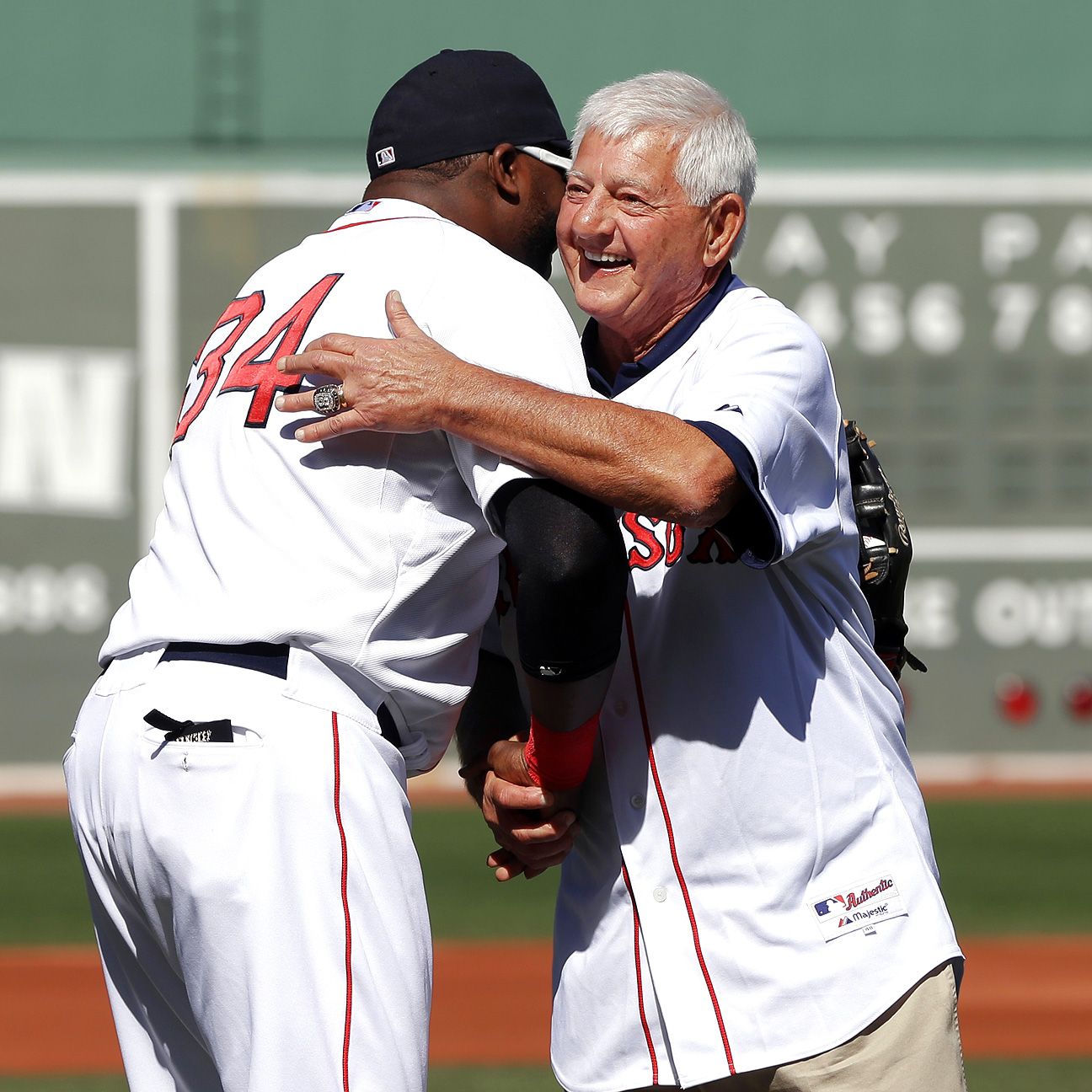 David…Take more than love from Yaz, he was the ultimate grinder…..Learn from him. Oh yea never mind, you don’t really think those guys from back in the day were all that good; after all if you couldn’t do it, nobody could….Right?

Another story for another day.

And so it is on this day in Fenway Park History, funeral day for the ’15’ Sox.

Hello and welcome, my name is Raymond Sinibaldi. An educator for more than two decades, a baseball fan for nearly 60 years, I have authored four books about baseball and her glorious history; with a fifth on the way in late spring of 2015; the first, The Babe in Red Stockings which was co-authored with Kerry Keene and David Hickey. It is a chronicle of Babe's days with the Red Sox. We also penned a screenplay about Babe's Red Sox days so if any of you are Hollywood inclined or would like to represent us in forwarding that effort feel free to contact me through my email. In 2012 we three amigos published Images of Fenway Park in honor of the 100th birthday of Fenway Park. That led to the creation of this blog. The following year, 2013 came my first solo venture, Spring Training in Bradenton and Sarasota. This is a pictorial history of spring training in those two Florida cities. The spring of 2014 brought forth the 1967 Red Sox, The Impossible Dream Season. The title speaks for itself and it also is a pictorial history. Many of the photos in this book were never published before. The spring of 2015 will bring 1975 Red Sox, American League Champions. Another pictorial effort, this will be about the Red Sox championship season of 1975 and the World Series that restored baseball in America. I was fortunate enough to consult with sculptor Franc Talarico on the “Jimmy Fund” statue of Ted Williams which stands outside both Fenway Park and Jet Blue Park Fenway South, in Fort Myers Florida. That story is contained in the near 300 posts which are contained herein. This blog has been dormant for awhile but 2015 will bring it back to life so jump on board, pass the word and feel free to contact me about anything you read or ideas you may have for a topic. Thanks for stopping by, poke around and enjoy. Autographed copies of all my books are available here, simply click on Raymond Sinibaldi and email me.
View all posts by fenwaypark100 →
This entry was posted in Fenway, Fenway Park Baseball and tagged 1973 Red Sox, Big Papi, Carl Yastrzemski, David Ortiz, Fenway Park Red Seat, Hanley Ramirez, Luis Aparicio, Rogelio Moret, Rogilio Moret, Tommy Harper, Yankee Stadium 1973, Yaz 3B. Bookmark the permalink.

2 Responses to Hanley, Papi and a Man They Called Yaz…..