All Those Springs Ago…..

As spring training 2012 in the Red Sox new facility at JetBlue Park in Fort Myers Florida draws to a close; 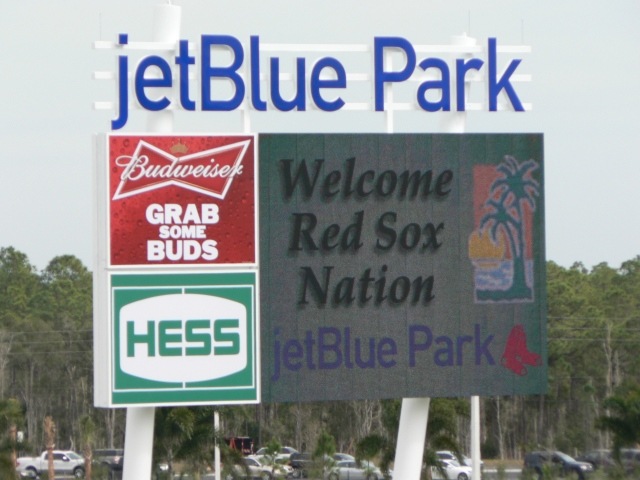 I thought it might be fun to take a look back at spring training in the early days of Fenway Park. Those days were spent in a lovely little place called Hot Springs Arkansas. 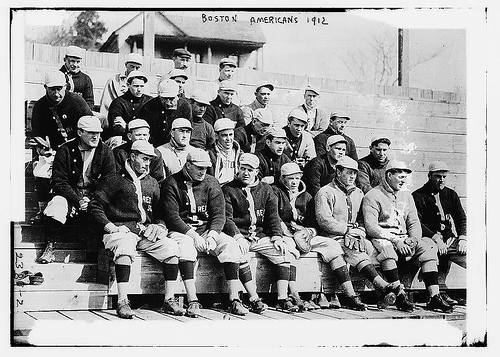 Hot Springs Arkansas was one of the first designated spring training haunts dating all the way back to 1886. The city derived its name from the fact that about a million gallons, per day, of natural thermal water flow from 47 different springs; and it is the Oldest National Reserve in the country.

The Red Sox actually began training in Hot Springs in 1908 and were there from 1912-1918, the glory, nascent years of Fenway Park. And why not?

It had it all, spas, vapor baths, bath houses, gambling, race tracks and plenty of women. It was a ball players paradise. The Red Sox grew so fond of Hot Springs Arkansas that Sox owner John I Taylor built Majestic Field for his team there in 1909. Two years later, he would build them a nice little ball park about 1000 miles north and call it Fenway Park.

In 1912, the Red Sox actually shared Hot Springs with,

“Nuf Ced”, in white, stands next to the diamond ring winner Amby McConnell.

McGreevey pledged a diamond ring to the Red Sox player who stole the most bases in 1908. Amby swiped 31 bases, eight more than third baseman Harry Lord.

Hot Springs offered a plethora of activities, some even designed to help get the boys in shape.

There were recreational activities as well, 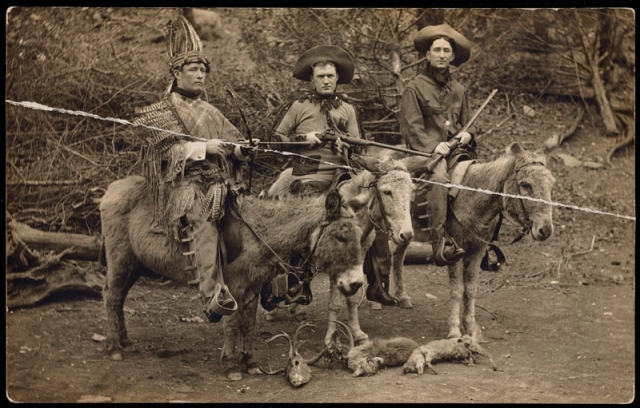 Hunting on donkey back? Not really, this was part of the “schtick” at the McCleod’s Amusement Park, also known as Happy Hollow.

Al Capone, left, and friends. Do you think anybody made fun of Capone’s goofy hat?

And there was time to simply, hang out.

Bill Carrigan (far left) and “Nuf Ced” (4th from left) hanging out with a few of the boys during the Spring of 1912.

Babe Ruth at Majestic Field in Hot Springs in 1915.

And the Oak Lawn racetrack became one of the Babe’s favorite spots. He would even “train” there at times.

As the “Roaring Twenties” were coming to an end, so to was Spring Training in Hot Springs Arkansas. Major League baseball was looking to the sun and sand of Florida and one by one teams headed farther south. The Red Sox tested the waters in Tampa in 1919 and returned to Hot Springs from 1920-23. In ’24’ they tried San Antonio for a year and then to New Orleans for 1925, ’26’ and ’27’. After brief stints in Bradenton and Pensacola Florida and a year in Savannah Georgia, the Red Sox settled in Sarasota in 1933 and, save for the war years, and a seven-year hiatus to Scottsdale Arizona (1959-1965), they have been in the Sunshine State; Sarasota 1933-1958, Winter Haven 1966-1992 and Fort Myers from then to now!

When the Red Sox broke camp in 1912, they headed for a new ball park and an era of dominance the likes of which the team nor the American League had ever seen.

And as they break camp and head north next week, they embark on Fenway’s second century hopeful that they sit on the threshold of dominance not seen since the nascent glory days of Fenway Park, America’s Most Beloved Ball Park!

Hello and welcome, my name is Raymond Sinibaldi. An educator for more than two decades, a baseball fan for nearly 60 years, I have authored four books about baseball and her glorious history; with a fifth on the way in late spring of 2015; the first, The Babe in Red Stockings which was co-authored with Kerry Keene and David Hickey. It is a chronicle of Babe's days with the Red Sox. We also penned a screenplay about Babe's Red Sox days so if any of you are Hollywood inclined or would like to represent us in forwarding that effort feel free to contact me through my email. In 2012 we three amigos published Images of Fenway Park in honor of the 100th birthday of Fenway Park. That led to the creation of this blog. The following year, 2013 came my first solo venture, Spring Training in Bradenton and Sarasota. This is a pictorial history of spring training in those two Florida cities. The spring of 2014 brought forth the 1967 Red Sox, The Impossible Dream Season. The title speaks for itself and it also is a pictorial history. Many of the photos in this book were never published before. The spring of 2015 will bring 1975 Red Sox, American League Champions. Another pictorial effort, this will be about the Red Sox championship season of 1975 and the World Series that restored baseball in America. I was fortunate enough to consult with sculptor Franc Talarico on the “Jimmy Fund” statue of Ted Williams which stands outside both Fenway Park and Jet Blue Park Fenway South, in Fort Myers Florida. That story is contained in the near 300 posts which are contained herein. This blog has been dormant for awhile but 2015 will bring it back to life so jump on board, pass the word and feel free to contact me about anything you read or ideas you may have for a topic. Thanks for stopping by, poke around and enjoy. Autographed copies of all my books are available here, simply click on Raymond Sinibaldi and email me.
View all posts by fenwaypark100 →
This entry was posted in Fenway Park Baseball and tagged "Nuf Ced", 1912, Amby McConnell, Babe Ruth, Fenway Park, Happy Hollow, hot springs arkansas, Majestic Field, Red Sox, Spring Training. Bookmark the permalink.

2 Responses to All Those Springs Ago…..