I think that today,  it’s time you learned about some of the other “fellers” on the 1912 Red Sox team. We’ve looked at the big boys, and the stars, now we meet some of those guys who provided the link in the 1912 Fenway Park chain.

Let’s start with the catchers. We met Bill Carrigan, he was the main man behind the dish, catching 87 games for manager Jake Stahl.  But do you know that there were three other dudes who caught for the first Fenway Park team, three! Two of them were rookies and one was in his second year.

So, in order of most games caught I introduce first, Mr. Forrest Leroy Bergland, aka, Forrest Leroy Cady, aka Hick Cady (good lord do I love those old names) 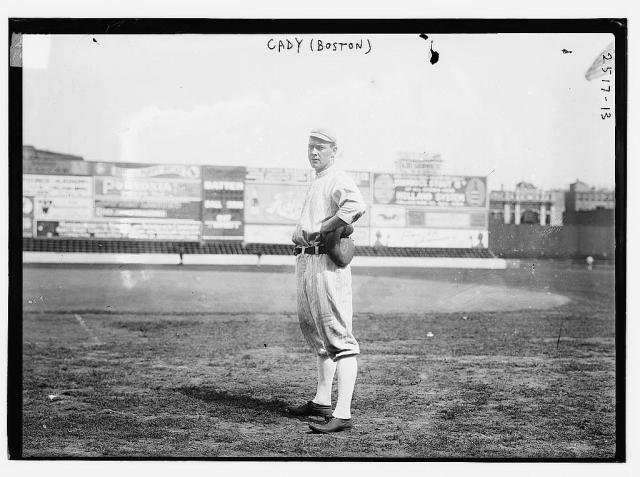 Hick Cady caught for the Red Sox from 1912 through 1917 seeing action in three World Series!

Next is Leslie Grant “Les” Nunamaker

And last but certainly not least is, Chester David “Pinch” Thomas, see what I mean about those names? 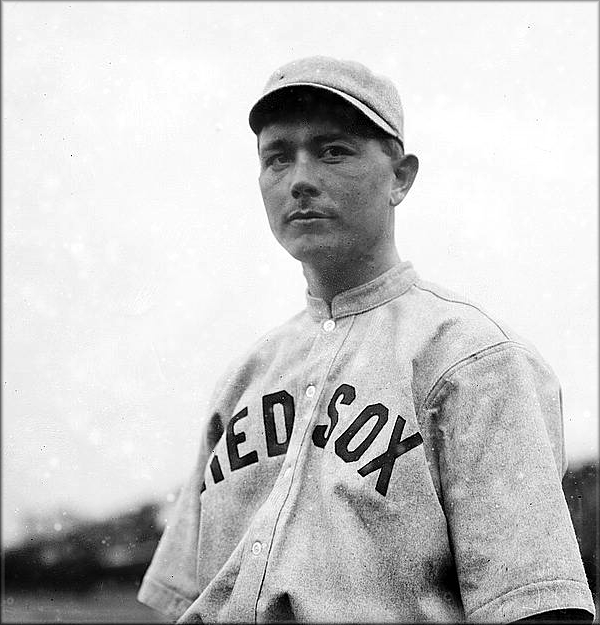 It was Hick Cady’s deadly accurate arm which impressed manager Jake Stahl in Hot Springs Arkansas during spring training in 1912 and impressed him enough to take the 26-year-old rookie to Boston as Bill Carrigan’s back up catcher for Fenway Park’s inaugural squad. 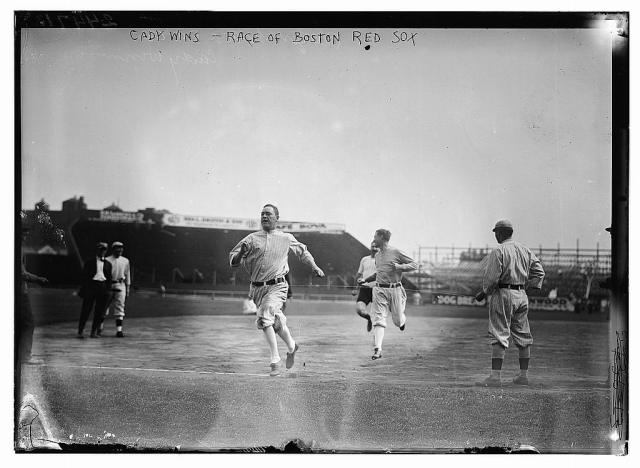 Hick Cady actually pinch hit for a guy named Babe Ruth during the 1915 season. Ruth was strictly a pitcher in those days and did not appear as an everyday player until 1918.

Les Nunamaker saw limited duty with the Red Sox in parts of the 1911, ’12’, ’13’ and ’14’ seasons. He caught only 131 games for them, however he is forever solidified in history as a member of the 1912 World Champion Boston Red Sox, Fenway Park’s first team.

Nunamaker was traded to the Yankees in 1914 where he became the first catcher in history to throw out three runners in an inning trying to steal second base.

Chester ‘Pinch” Thomas caught only 13 games with the Red Sox in 1912, however he was the regular Red Sox catcher for the 1915 and ’16’ World Championship seasons. 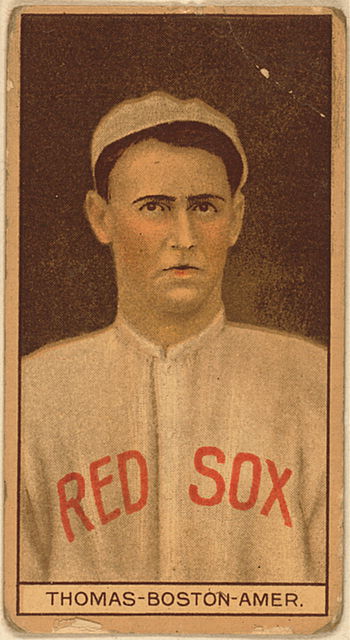 Chester David “Pinch” Thomas played for 10 seasons. He was a .237 lifetime hitter. He hit only two career home runs and he never had more than 24 RBI nor more than 24 runs scored. However, “Pinch” Thomas was a winner, for in four of those 10 seasons, Thomas was part of four World Championship teams. Three of them were the Boston Red Sox of 1912, ’15’ and ’16’.

And so it was at this time in Fenway Park history, 1912 Fenway’s inaugural season.

Hello and welcome, my name is Raymond Sinibaldi. An educator for more than two decades, a baseball fan for nearly 60 years, I have authored four books about baseball and her glorious history; with a fifth on the way in late spring of 2015; the first, The Babe in Red Stockings which was co-authored with Kerry Keene and David Hickey. It is a chronicle of Babe's days with the Red Sox. We also penned a screenplay about Babe's Red Sox days so if any of you are Hollywood inclined or would like to represent us in forwarding that effort feel free to contact me through my email. In 2012 we three amigos published Images of Fenway Park in honor of the 100th birthday of Fenway Park. That led to the creation of this blog. The following year, 2013 came my first solo venture, Spring Training in Bradenton and Sarasota. This is a pictorial history of spring training in those two Florida cities. The spring of 2014 brought forth the 1967 Red Sox, The Impossible Dream Season. The title speaks for itself and it also is a pictorial history. Many of the photos in this book were never published before. The spring of 2015 will bring 1975 Red Sox, American League Champions. Another pictorial effort, this will be about the Red Sox championship season of 1975 and the World Series that restored baseball in America. I was fortunate enough to consult with sculptor Franc Talarico on the “Jimmy Fund” statue of Ted Williams which stands outside both Fenway Park and Jet Blue Park Fenway South, in Fort Myers Florida. That story is contained in the near 300 posts which are contained herein. This blog has been dormant for awhile but 2015 will bring it back to life so jump on board, pass the word and feel free to contact me about anything you read or ideas you may have for a topic. Thanks for stopping by, poke around and enjoy. Autographed copies of all my books are available here, simply click on Raymond Sinibaldi and email me.
View all posts by fenwaypark100 →
This entry was posted in Fenway Park Baseball and tagged "Hick" Cady, 1912, 1912 World Series, Babe Ruth, Chet "Pinch" Thomas, Fenway Park, hot springs arkansas, Les Nunamaker, Red Sox, smokey joe wood. Bookmark the permalink.