Now Batting for the Red Sox, Pitchers Who Could Hit Home Runs…..

The thing I miss the most in following the Red Sox is the fact that the pitchers no longer hit. You would think that I would be used to it by now, after all the DH has been with us since 1973. That was 39 baseball seasons ago. I must reluctantly admit that it appears the DH is here to stay.

I was six years old when I made my first trip to Fenway Park in 1959 and among my first baseball memories are those involving pitchers who hit home runs. I always held an affinity for the guys who toiled on the hill and could help themselves out by taking one out of the house once in a while. The first guy I remember being one of those was Jerry Casale. A rookie in 1959 Casale had a solid year on the mound going 13-8, however even more important than that, to me, was the fact that he hit three home runs! he appeared in only 62 games for the Red Sox in three years, but I still have my 1959 Jerry Casale baseball card and a memory of a shot into the left center field screen at Fenway.

The Red Sox have had some pretty good hitting pitchers throughout the years. In fact, they have one now, Josh Beckett has hit a couple of dingers in his limited plate appearances in inter-league play.

“Babe” hit .308 with the Red Sox and walloped 49 of his 714 home runs in a Red Sox uniform, led the league in homers twice but never had a two homer game as a Red Sox pitcher.

Wes’ brother Rick was his battery mate at Fenway Park from 1934 through 1937.

Wes Ferrell hit 17 home runs while pitching for the Red Sox and eight of them came in four, two homer games. On August 22, 1934 at Fenway Park he hit his second homer of the game in the bottom of the 10th inning giving his team and himself the win. That win ran his record to 12-2. He added two homer games in 1935 and 1936 as well, and in his 15 year career with six teams he hit 38 career homers, more than any other pitcher in history. 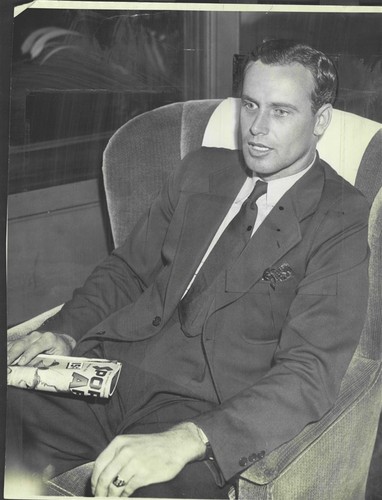 Earl Wilson pitched for the Red Sox from 1959 to 1966. He was the first black man the Red Sox signed to a contract and he could flat-out hit. A converted catcher, Wilson was often used as a pinch-hitter. He supplanted Jerry Casale as my favorite pitcher who could swat home runs.

Earl Wilson hit 17 of his 35 career homers while playing for the Red Sox.

On August 16, 1965 at Fenway Park Wilson had his only two homer game, both coming off of White Sox pitcher Joel Horlen and both were solo shots. One in the third inning tied the game and one in the sixth put the Sox ahead. 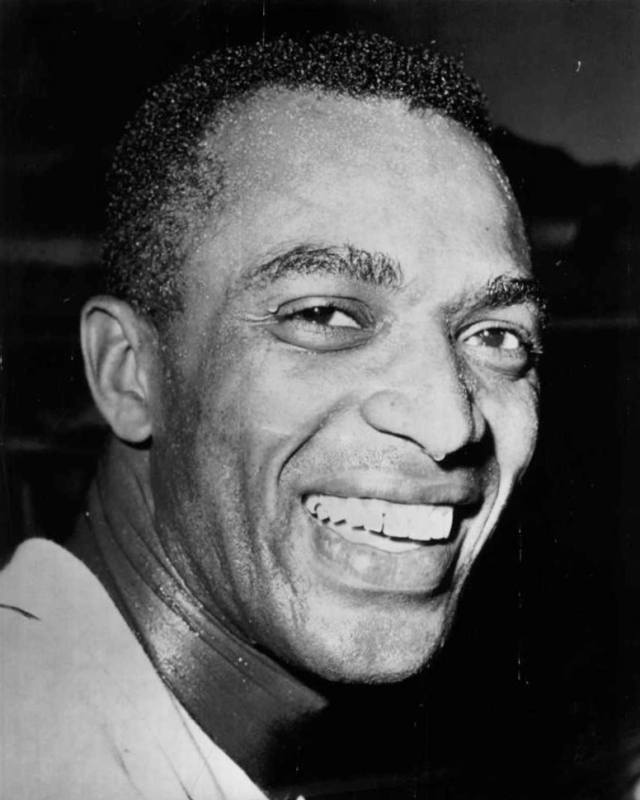 Wilson is one of only three pitchers in baseball history to homer in a game in which he threw a no-hitter.

Earl’s most famous home run however came on June 26, 1962 at Fenway Park. It came in the third inning off of Angels pitcher Bo Belinsky and it gave the Red Sox a 1-0 lead. Little did Earl or the 14,002 patrons present know that they were witnessing history as Wilson became the first black American to hurl a no-hitter in American League history.

There are two other Red Sox pitcher who have had two homer games. One was Jack Wilson who on June 16, 1940 joined Red Sox Hall of Famers Jimmie Foxx and Joe Cronin who also homered in a 14-5 Sox romp over the White Sox.

The last Red Sox pitcher to hit two homers in one game was Sonny Siebert and it came on September 2, 1971, two years before the DH was born. Just under 20,000 filed into Fenway Park that September eve and they saw Siebert have one of the finest nights of his career.

Siebert pitched five years with the Red Sox and went 57-41 while hitting eight of his 12 career home runs.

Siebert was responsible for all three runs that night against the Orioles. His two dingers accounted for all three Red Sox runs and he went out and hurled a 3-0 three hitter for his 15th win of the season.

The DH is here to stay and as much as I miss Red Sox pitchers who could swat home runs, I miss even more that pitcher strolling to home plate for a late inning at bat and receiving that warm ovation for the job he’s doing on the mound.

Oh, and the Sox hit .500 again yesterday beating the Orioles. That’s 10 out of the last 13 and tonight at home they could go over the even mark!

Hello and welcome, my name is Raymond Sinibaldi. An educator for more than two decades, a baseball fan for nearly 60 years, I have authored four books about baseball and her glorious history; with a fifth on the way in late spring of 2015; the first, The Babe in Red Stockings which was co-authored with Kerry Keene and David Hickey. It is a chronicle of Babe's days with the Red Sox. We also penned a screenplay about Babe's Red Sox days so if any of you are Hollywood inclined or would like to represent us in forwarding that effort feel free to contact me through my email. In 2012 we three amigos published Images of Fenway Park in honor of the 100th birthday of Fenway Park. That led to the creation of this blog. The following year, 2013 came my first solo venture, Spring Training in Bradenton and Sarasota. This is a pictorial history of spring training in those two Florida cities. The spring of 2014 brought forth the 1967 Red Sox, The Impossible Dream Season. The title speaks for itself and it also is a pictorial history. Many of the photos in this book were never published before. The spring of 2015 will bring 1975 Red Sox, American League Champions. Another pictorial effort, this will be about the Red Sox championship season of 1975 and the World Series that restored baseball in America. I was fortunate enough to consult with sculptor Franc Talarico on the “Jimmy Fund” statue of Ted Williams which stands outside both Fenway Park and Jet Blue Park Fenway South, in Fort Myers Florida. That story is contained in the near 300 posts which are contained herein. This blog has been dormant for awhile but 2015 will bring it back to life so jump on board, pass the word and feel free to contact me about anything you read or ideas you may have for a topic. Thanks for stopping by, poke around and enjoy. Autographed copies of all my books are available here, simply click on Raymond Sinibaldi and email me.
View all posts by fenwaypark100 →
This entry was posted in Fenway Park Baseball and tagged Babe Ruth, Earl Wilson, Fenway Park, Jack Wilson, Jerry Casale, Red Sox, Sonny Siebert, Wes ferrell. Bookmark the permalink.

2 Responses to Now Batting for the Red Sox, Pitchers Who Could Hit Home Runs…..