A happy Friday to you all. Tonight the Sox will try once again to get above the .500 mark for the first time this season. They are playing well and even Bobby Valentine is earning praise from the warm and fuzzy Boston media. For not only has he held his team together with scotch tape and glue as player after player falls by the wayside, the Sox have won 10 out of their last 13. 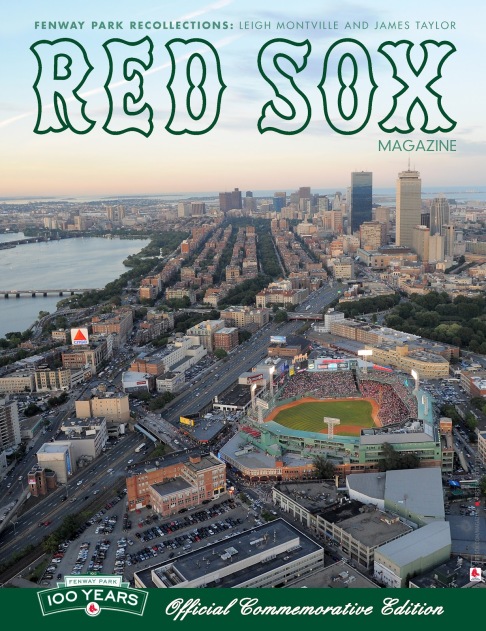 As they begin a stint which will have them at Fenway for 13 of their next 16 games I thought I would take a trip down memory lane. So jump on board.

I am a memorabilia collector and some of my favorite items are Red Sox programs. I especially like them if they are scored for, to me, that brings the game to life.

The 1968 program is a particular favorite for it proclaims the glory of the 1967 American League Champs.

The fact that this cover is written on would blemish it for most collectors, but not me, it would have me scrambling to figure out which game this person may have seen. And that is a whole other story in itself.

This 1951 program marked the 50th anniversary of the American League.

I love this Fenway Park program from 1951 because I love all those logos. The Athletics were still at their first stop and Philadelphia, the Browns were still two years removed from moving from St. Louis to Baltimore and the original Senators (Nationals) still had a decade left in the Nations Capital. These are the original eight teams which formed the American League in 1901.

This relic has the special attraction of an autographed front. Who of us who lived it can forget Ned Martin’s call, “looped towards shortstop, Petrocelli’s back he’s got it the RED SOX WIN….There’s pandamonium on the field, listen!

The 2012 edition of the Boston Red Sox marks the 53rd rendition of the Fenway Park inhabitants I have followed. With all the joy, elation, success and glory that the teams of the past decade have brought me, the 1967 will always be my all time favorite Red Sox team. And that’s also another story for another day! 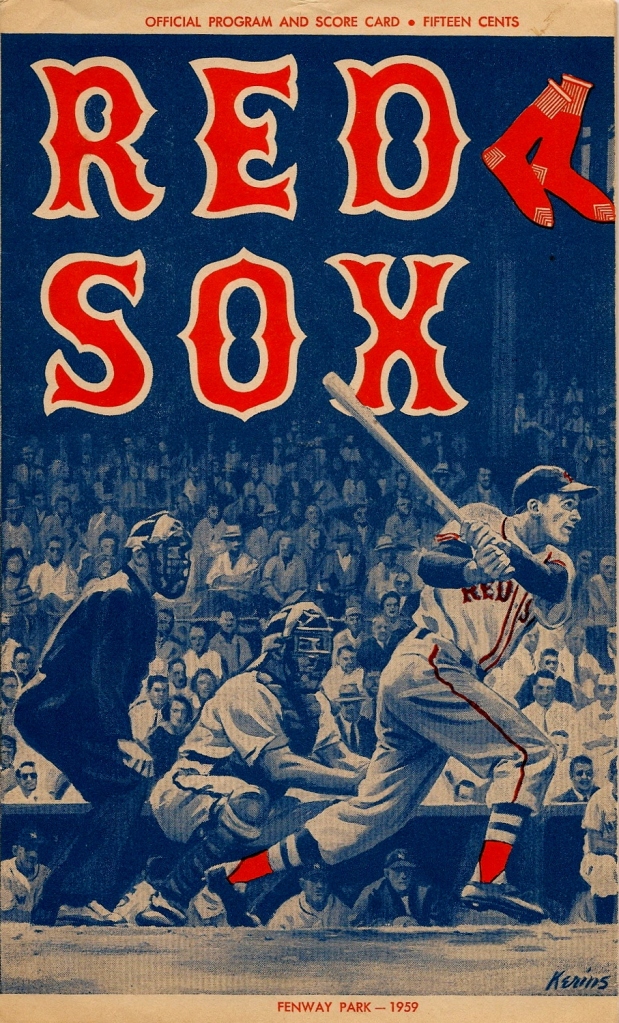 This 1959 program was sold at Fenway Park, the year I made my first trip to see the Sox with Dad.

The specifics of that first game have left me, however my first breathtaking view of that field will be with me always! 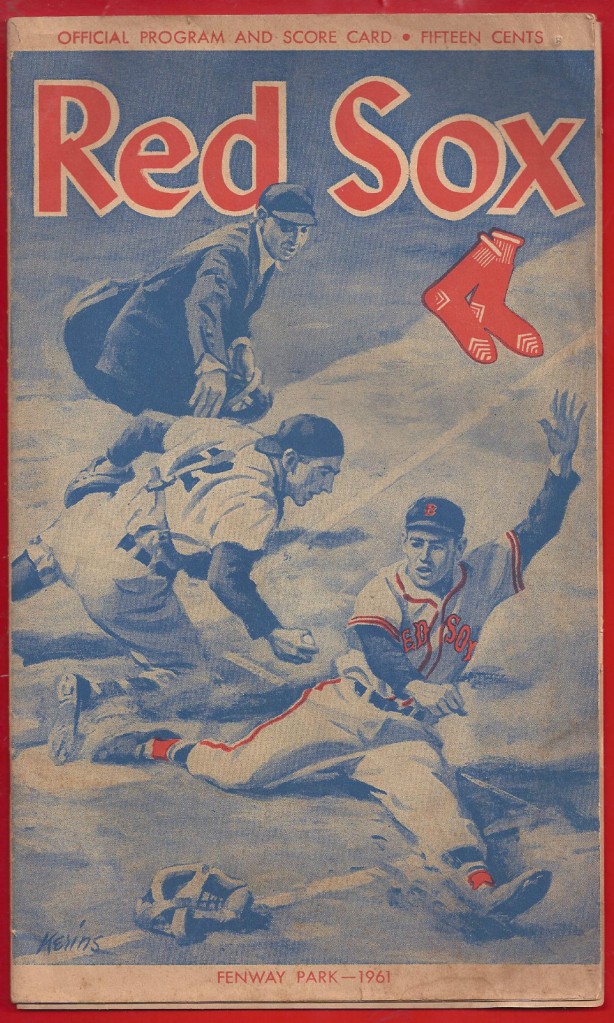 Yaz would say many times that replacing Ted brought more pressure than anything he experienced in his entire career.

My first yearbook came in 1961 and featured that up and coming star by the name of Yastrzemski.

The yearbook is another piece of memorabilia which I am partial to, but once again another story for another time. Lord do I love this!

Hello and welcome, my name is Raymond Sinibaldi. An educator for more than two decades, a baseball fan for nearly 60 years, I have authored four books about baseball and her glorious history; with a fifth on the way in late spring of 2015; the first, The Babe in Red Stockings which was co-authored with Kerry Keene and David Hickey. It is a chronicle of Babe's days with the Red Sox. We also penned a screenplay about Babe's Red Sox days so if any of you are Hollywood inclined or would like to represent us in forwarding that effort feel free to contact me through my email. In 2012 we three amigos published Images of Fenway Park in honor of the 100th birthday of Fenway Park. That led to the creation of this blog. The following year, 2013 came my first solo venture, Spring Training in Bradenton and Sarasota. This is a pictorial history of spring training in those two Florida cities. The spring of 2014 brought forth the 1967 Red Sox, The Impossible Dream Season. The title speaks for itself and it also is a pictorial history. Many of the photos in this book were never published before. The spring of 2015 will bring 1975 Red Sox, American League Champions. Another pictorial effort, this will be about the Red Sox championship season of 1975 and the World Series that restored baseball in America. I was fortunate enough to consult with sculptor Franc Talarico on the “Jimmy Fund” statue of Ted Williams which stands outside both Fenway Park and Jet Blue Park Fenway South, in Fort Myers Florida. That story is contained in the near 300 posts which are contained herein. This blog has been dormant for awhile but 2015 will bring it back to life so jump on board, pass the word and feel free to contact me about anything you read or ideas you may have for a topic. Thanks for stopping by, poke around and enjoy. Autographed copies of all my books are available here, simply click on Raymond Sinibaldi and email me.
View all posts by fenwaypark100 →
This entry was posted in Fenway Park Baseball and tagged 1951, 1959, 1961, 1967, Carl Yastrzemski, Fenway Park, Ned Martin, Red Sox, Rico Petrocelli, Yaz. Bookmark the permalink.