Dominance on the Mound, the Purist’s Dream…..

Yesterday Pedro Martinez, Randy Johnson, John Smoltz and Craig Biggio got the call. On July 26th they will take their rightful places among the game’s elite. Biggio was in his third year on the ballot while the other three join the mega elite as first time inductees. It marks the first time in the history of the Hall of Fame that three first timers were inducted on successive years, joining Greg Maddux, Tom Glavine and Frank Thomas from last year’s class.

Today I give you a peek at the dominance that was Pedro Martinez. Enjoy!

This piece originally ran in February of 2013.

A couple of weeks back, I posted about brothers who have played together as teammates on a big league team. The Red Sox had four pair of teammate brothers, one of them Ramon and Pedro Martinez. This winter Pedro rejoined the Red Sox as a special assistant to the General Manager.

With Pedro back in the fold, where he belongs, the stage is now set for his Hall of Fame induction which is sure to take place in July of 2015 and which will be quickly followed by his number 45 joining Fenway’s fabled right field facade.

Reminiscing about Pedro’s dominance on the mound had me jump into Mr. Peabody’s “Way Back Machine” searching for the most dominant years of a Red Sox pitcher. The dictionary defines dominate as the ability to “control or rule by superior authority or power”. I like it and it fits perfectly when describing a pitcher who consistently controls a baseball game and there have been those who have controlled seasons.

This one’s for the stat geeks.

For this particular exercise I am going to use a stat codified by the SABR geeks and that is called WAR. It stands for Wins Above Replacement and here’s how it is defined by the stat gatherers;  “A single number that presents the number of wins the player added to the team above what a replacement player would add. This value includes defensive support and includes additional value for high leverage situations.”

Have I lost you yet? If so fugetaboutit and just know this, the stats are incomplete before 1974 yet it is a stat which is gaining more and more credibility in MLB’S evaluating circles. For the purposes of our little exercise all you really need to know is this, a WAR of eight or more is an  MVP quality year, five plus is  All-Star quality, two plus is a starter and zero to two would be a reserve player.

All that said, the best WAR ever recorded by a Modern Era (post 1900)  pitcher, as of right now, occurred in 1913 when Walter Johnson chalked up a 14.3. The best ever by a Modern Era position player was 13.7 for Babe Ruth in 1923. Still with me? Good, now let’s get back to those pitchers and their incredible seasons.

Here’s what I came up with, in order of accomplishment.

The first occurred in 1912, Fenway Park’s first year of existence. His stat line is nothing short of amazing, 34-5 with a 1.91 ERA. He led the league in wins, winning percentage, shutouts with 10, complete games with 35. He threw 344 innings and struck out 258 batters but did not lead the league in either category. His WAR was 11.3 but good enough for only third in the league behind Walter Johnson’s 14.0 and Ed Walsh’s 11.6. His microscopic ERA of 1.91 was second behind Johnson’s 1.39. He was second in strikeouts per nine innings with 6.75 behind Johnson’s 7.39, WHIP (walks plus hits per nine innings) at 1.01 again behind Johnson’s 0.90.

As dominant as he was, the argument could be made that he was not even the most dominant pitcher in the American League in 1912. 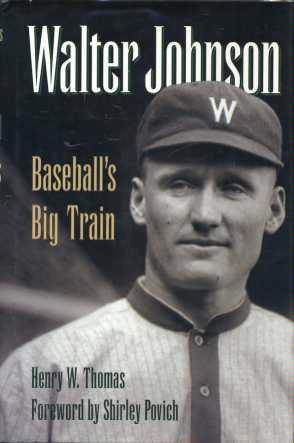 In 1949, the Red Sox had a young southpaw named Mel Parnell. The congenial native of New Orleans did things on the Fenway mound not seen by a left hander since some kid named Ruth burst upon the Fenway seen in 1914.

Parnell struck out 122 batters in 1949, not a dominant type figure however it did place him in the American League’s top ten (7th) and his strikeouts per nine innings was a paltry 3.7 hardly the stuff of which dominance is made. His WHIP was a 1.32 good enough for sixth in the league but again not what we would call dominant.

Would you take a 25-7 mark and a 2.77 ERA out of your ace? Any day all day and if the Cy Young Award was alive in 1949, Parnell probably would have won it however this does not qualify as a season of dominance especially when you take a look at what is to follow.

In 1983, the Red Sox drafted a kid out of the University of Texas. He was their first choice and the overall 19th pick. He arrived with a fanfare the likes of which the city had not seen since local hero Tony Conigliaro arrived two decades earlier. 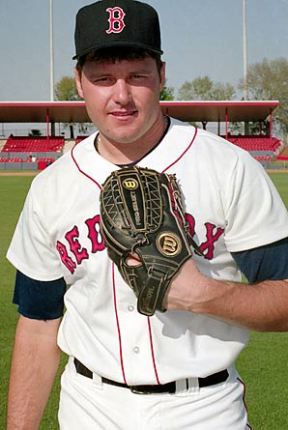 Roger Clemens was 24-4 in 1986 becoming the sixth pitcher in baseball history to win an MVP and Cy Young Award in the same season.

He made his debut in June of 1984 and showed considerable promise but shoulder miseries plagued him throughout the ’85’ campaign leading to surgery. With the Fenway Faithful holding their collective breath, the 1986 season commenced and the kid from Texas became “the Rocket”.

He was 14-0 in his first 15 starts and in the fourth game of the year he did something no other pitcher in the history of the game had done when he struck out 20 Seattle Mariners in a nine inning game. He was 24-4 with a 2.48 ERA and led the league in wins, winning percentage and the ERA category. His 238 strikeouts put him second in the league as did his 8.6 WAR. He topped the league in WHIP (0.96), and was third in the league in strikeouts per nine innings (8.4). His 2.48 ERA was 1.45 lower than the team ERA and 1.70 lower than the league mark. The following year he again won 20 games and became the first Red Sox pitcher to capture back to back Cy Young Awards and whispers hinted that the kid from Katy Texas would become the greatest pitcher in franchise history. His destiny lay in other cities, in other ball yards and his departure paved the way for the arrival of the greatest pitcher in franchise history.

He came from Montreal and he arrived on November 18, 1997 in what may well be the most one-sided exchange of players in baseball history. The Red Sox sent Carl Pavano and Tony Armas Jr. north for the man who would come to be known simply as Pedro. And what transpired over the next seven seasons was a magic on the Fenway mound which had never been seen before and interwoven with that magic was a dominance which surpassed any and all who had ever donned a uniform.

It came in the 1999 season and it transformed the man, the pitcher into a legend. he was 23-4 and he led the league in, well everything: wins, winning percentage, strikeouts, ERA, WAR, WHIP and his 13.2 strikouts per nine innings set an American League mark that still stands. 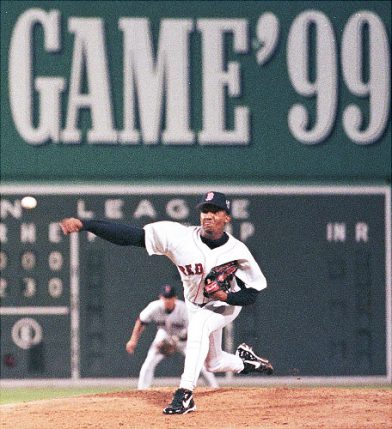 Pedro delivers in the 1999 All Star game at Fenway, one for the ages!

My son was 15 years old when Pedro redefined the word dominance from the Fenway mound. I used to often tell him and his Senior League teammates to pay attention when they got to see Pedro pitch. I’m happy to say he did for he may never see the likes of him again. I’m certain I won’t!

Hello and welcome, my name is Raymond Sinibaldi. An educator for more than two decades, a baseball fan for nearly 60 years, I have authored four books about baseball and her glorious history; with a fifth on the way in late spring of 2015; the first, The Babe in Red Stockings which was co-authored with Kerry Keene and David Hickey. It is a chronicle of Babe's days with the Red Sox. We also penned a screenplay about Babe's Red Sox days so if any of you are Hollywood inclined or would like to represent us in forwarding that effort feel free to contact me through my email. In 2012 we three amigos published Images of Fenway Park in honor of the 100th birthday of Fenway Park. That led to the creation of this blog. The following year, 2013 came my first solo venture, Spring Training in Bradenton and Sarasota. This is a pictorial history of spring training in those two Florida cities. The spring of 2014 brought forth the 1967 Red Sox, The Impossible Dream Season. The title speaks for itself and it also is a pictorial history. Many of the photos in this book were never published before. The spring of 2015 will bring 1975 Red Sox, American League Champions. Another pictorial effort, this will be about the Red Sox championship season of 1975 and the World Series that restored baseball in America. I was fortunate enough to consult with sculptor Franc Talarico on the “Jimmy Fund” statue of Ted Williams which stands outside both Fenway Park and Jet Blue Park Fenway South, in Fort Myers Florida. That story is contained in the near 300 posts which are contained herein. This blog has been dormant for awhile but 2015 will bring it back to life so jump on board, pass the word and feel free to contact me about anything you read or ideas you may have for a topic. Thanks for stopping by, poke around and enjoy. Autographed copies of all my books are available here, simply click on Raymond Sinibaldi and email me.
View all posts by fenwaypark100 →
This entry was posted in Fenway Park Baseball and tagged 1999 All Star Game, Carl Pavano, Cy Young Award, Dominant Pitchers, Hall of Fame, Mel Parnell, Pedro, Pedro Martinez, Roger Clemens, smokey joe wood, The "Rocket", Tony Armas Jr., Tony Conigliaro, Walter Johnson. Bookmark the permalink.

1 Response to Dominance on the Mound, the Purist’s Dream…..